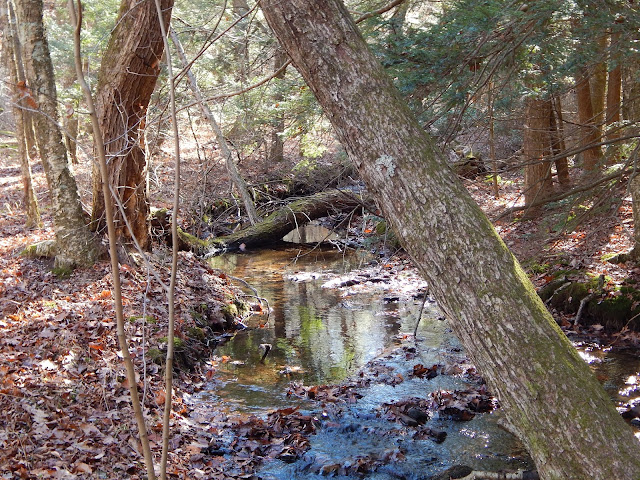 This was a day for exploring. A day where the sun was bright and the air crisp. Included in the mix was a strong gusty wind that did it's best to scrape the forest floor of it's fallen leaves and deposit them in the stream. Not a problem for it's all part of the small stream experience.

This area was new to me and I had an idea that there were brook trout present. As I walked along quietly my that idea was proven to be correct. Brookies would dart upstream and seem to disappear among the banks and drowned leaves that covered the stream bottom. 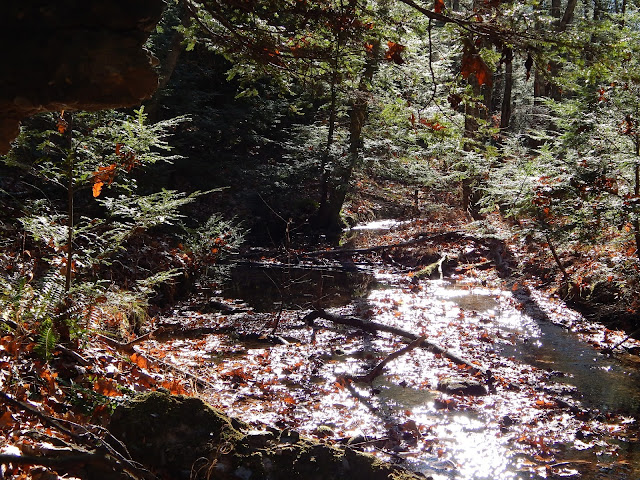 My plan was to spook the fish "which I do very well" wait for a little time and then present the fly as close to the bank as possible. Using this method I was able to coax a few brookies to take. 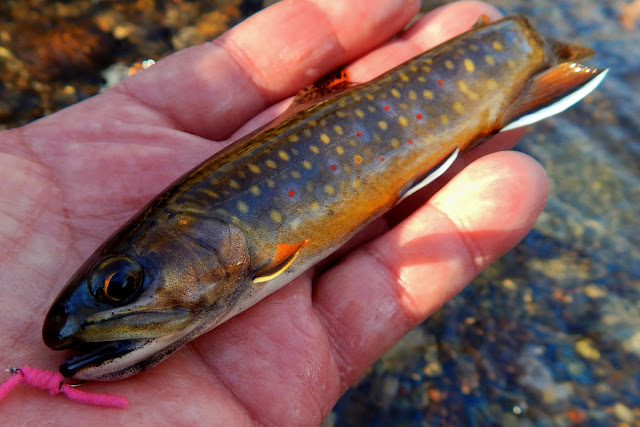 It's so nice when a "plan" comes together. 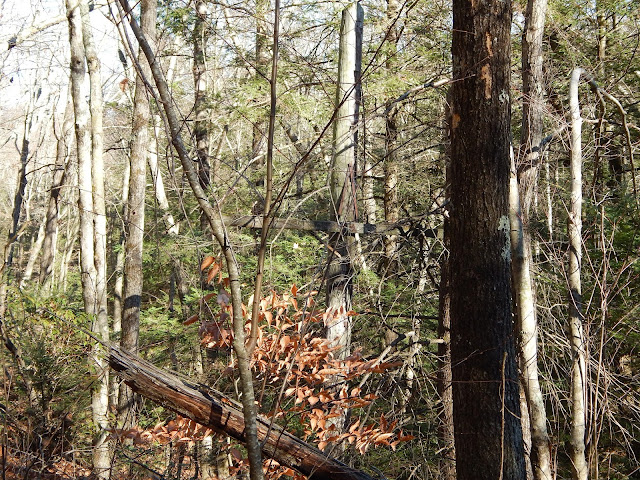 Some remnants of what used to be, perhaps a century ago. 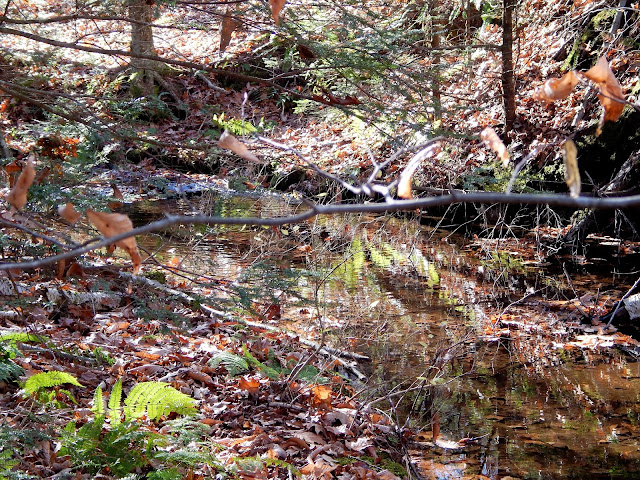 In this little pool were three beautiful white finned brookies. They were holding in a staggered pattern through out, one at the head, one in the middle and one at the tail-out. I got into position upstream and let the fly drift, I figured one of the fish would take. As the fly drifted to almost the first trouts nose a sudden sprint form the last fish was observed and that brookie took it. 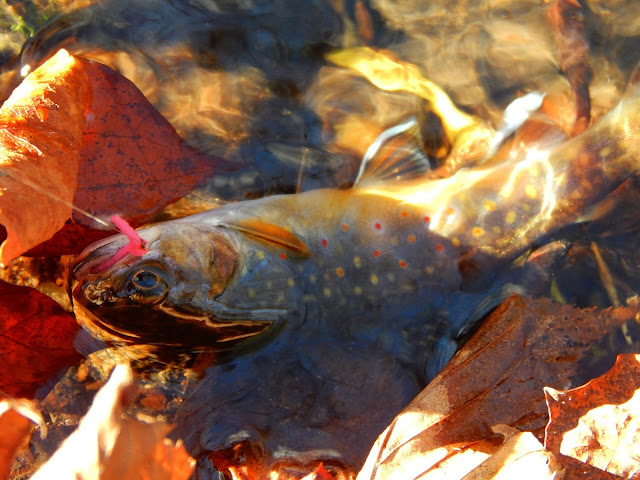 Unbelievable beauty....they are feeding heavily now in preparation for winter. 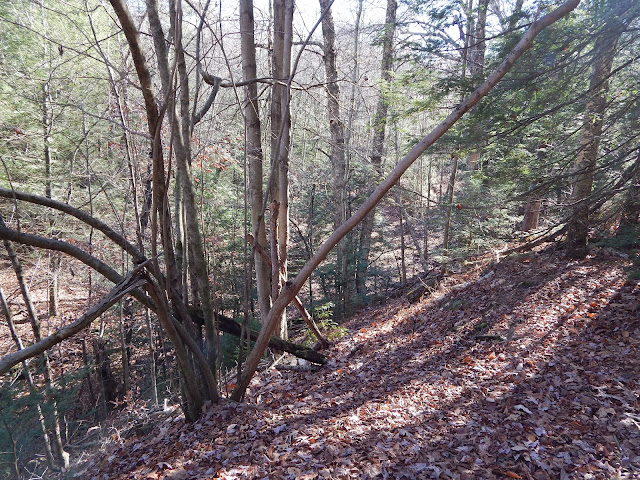 The "stream in the valley".