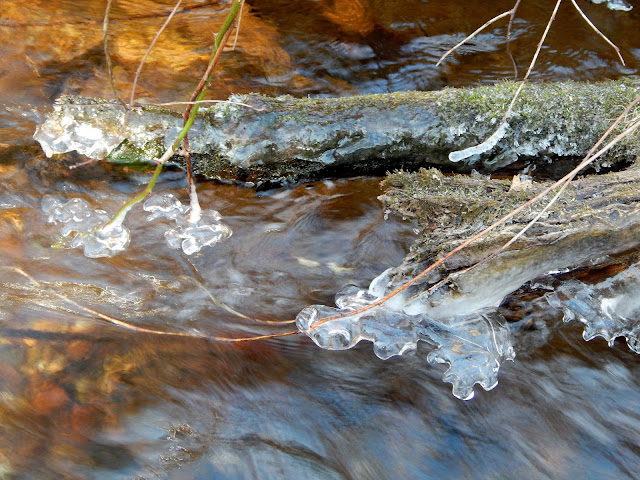 Kirk and I met up to fish this first day of winter. The time was 9:30am, which was a good choice for it allowed the sun to warm up things and it enabled the brook trout to fully wake up. We moved along the stream and the action was slow. We both fished flies that stayed close to the bottom and the response was poor. An hour into the outing and Kirk had the first fish of the day and suddenly our outlook looked brighter. 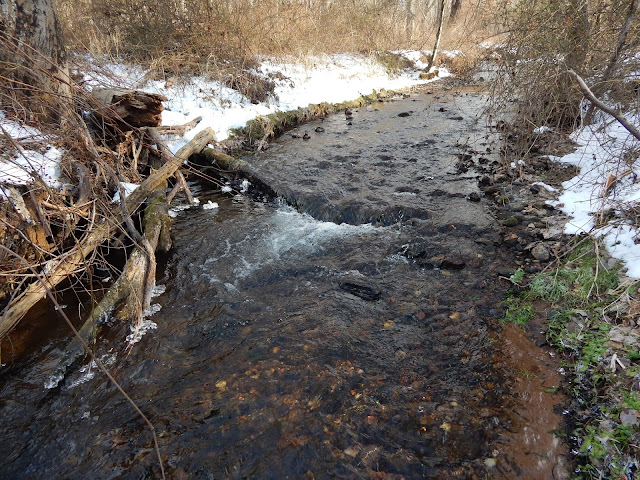 The stream was free of ice for the most part. Water temp was taken and showed 38 degrees, not prime dry fly action so we thought, but again we were proved wrong. Fishing a really remarkable run we saw multiple fish rising. Not seeing any flies about at first I selected a soft-hackle. I put a bit of floatant on the tippet and just a touch of it on the fly head and sent it off on a drift. 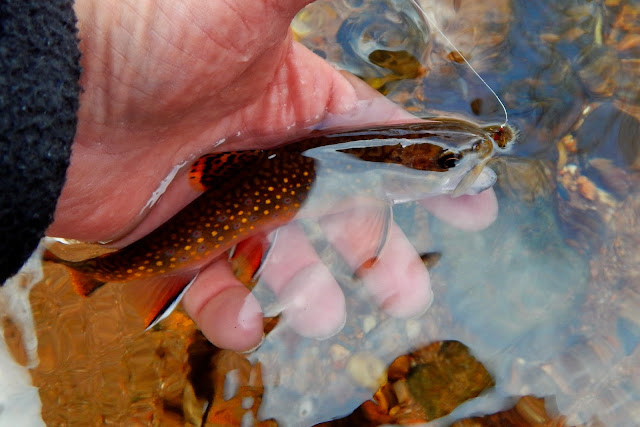 It did not drift long before it was noticed and eaten. My first brook trout of the day to hand. 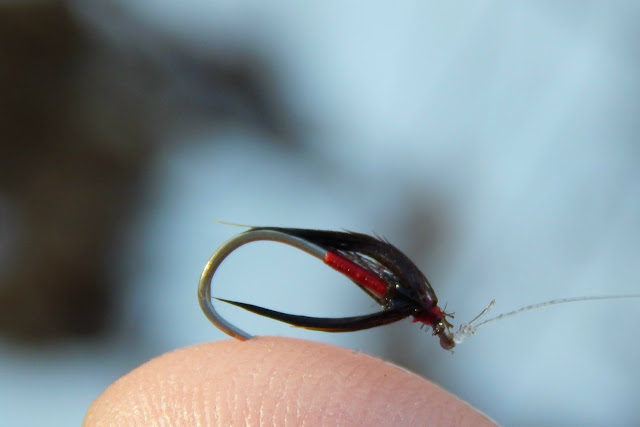 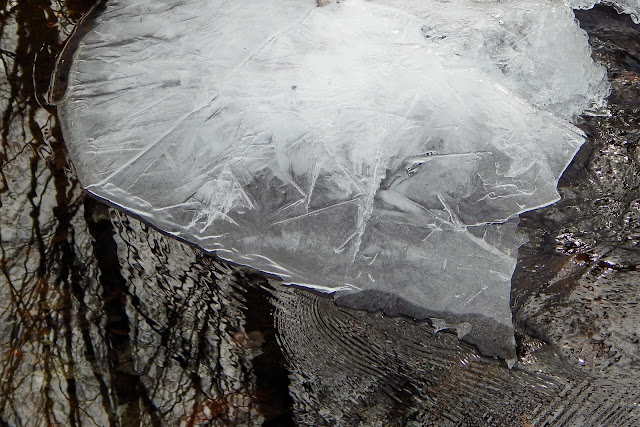 "Winters Reflection" can be seen here....cold and beautiful. 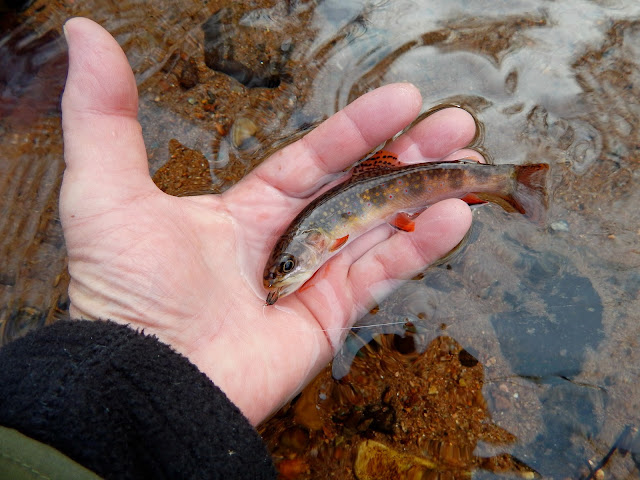 These wild native charr are so gracious and beautiful. 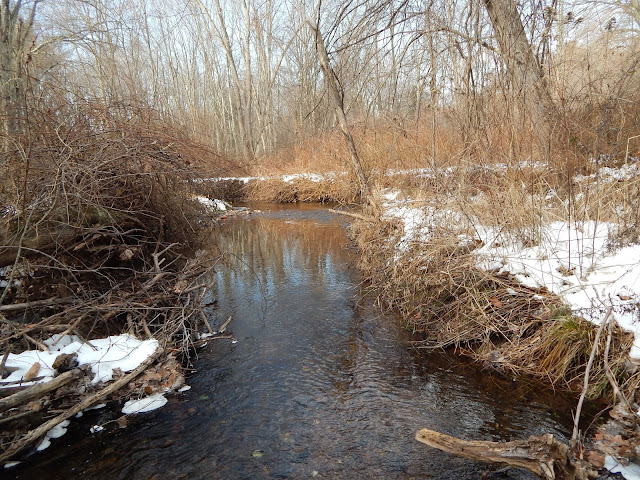 This run must have held 20 plus fish. They were taken on dries and soft-hackles. 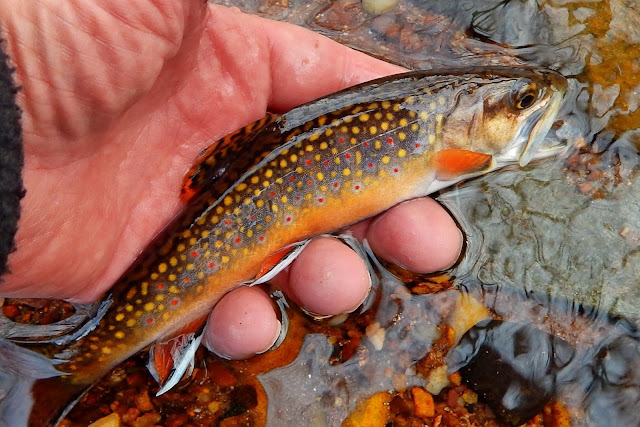 This guy still held that awesome color of autumn...as it turned out he was my last fish to hand. 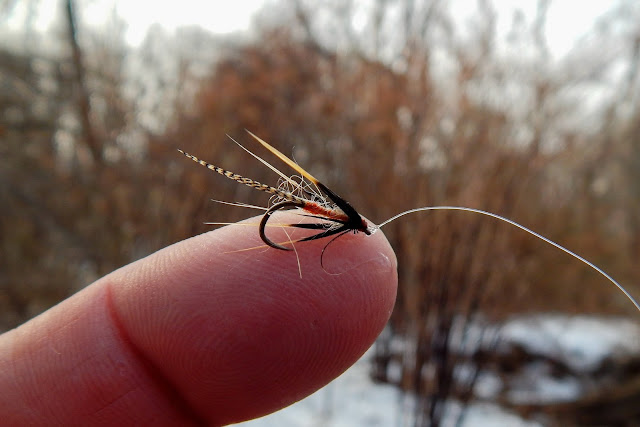 And the fly that fooled him....these are a common hatch on winter streams....Alan time for another cup of coffee, you must be dreaming. 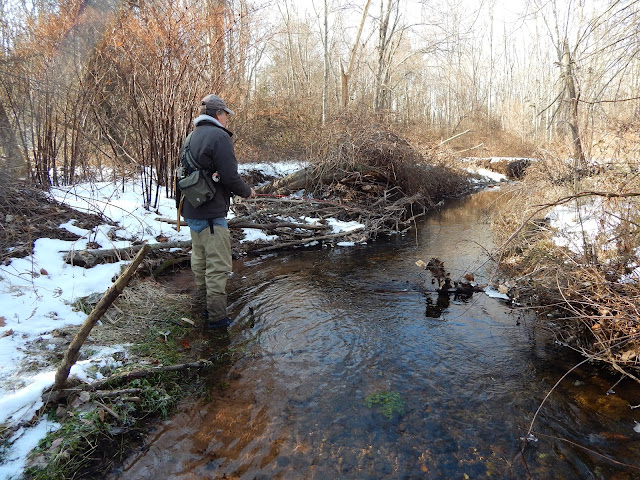 Kirk working a dry fly through a nice run. At one point he had on a parachute Adams and a natural stonefly was fluttering right along side, the brookie rose in a heartbeat and grabbed the natural.....but 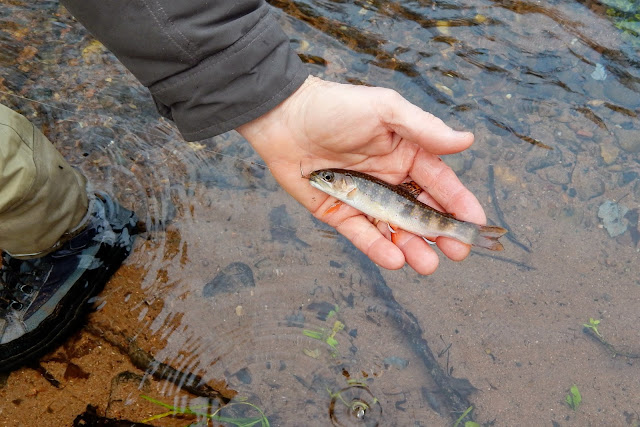 One of the many Kirk brought to hand. Pretty fish. 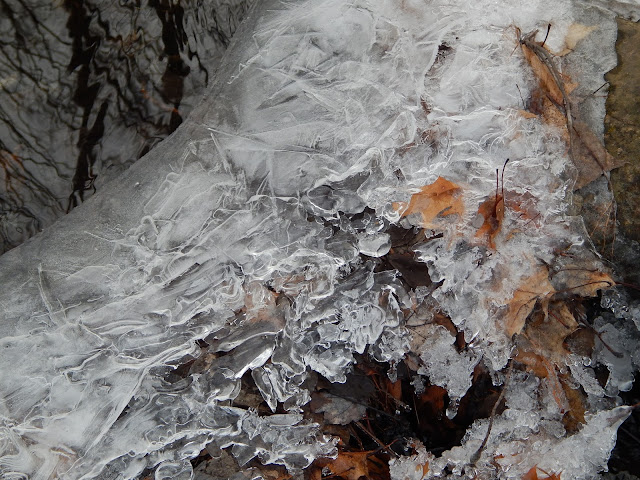 The seasons can be seen in this photo.....autumn departing, its leaves wrapped in winters icy grasp...the solemn look of the trees as they stand naked. This is the start of the long season.