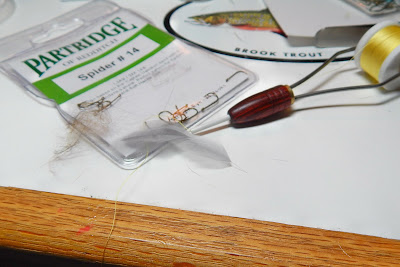 While looking through the pages of Robert Smiths book "The North Country Fly" I came upon an interesting pattern with a funny sounding name. The fly known as the "Waterhen Bloa" looks to be as simple a pattern as I've ever seen. The fly a pattern of Mr. T.E. Pritt, a very well known North Country Angler. I believe the Waterhen Bloa was first tied in 1885.

The term "Bloa" refers to the color of which is steely gray. Waterhen is not available to me, but feathers from a California Quail, or hen can be substituted. The body is Pearsall's yellow silk and the dubbing which must be sparse is mole or hare as a substitute. The object is to allow the silk thread to show through.

Below are two "Waterhen Bloa" spiders. The first is tied on a Allen 102BL hook, and the second fly is tied on a Partridge classic "spider" hook. 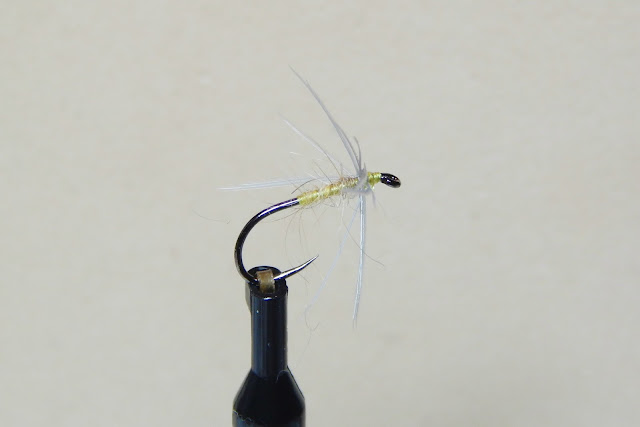 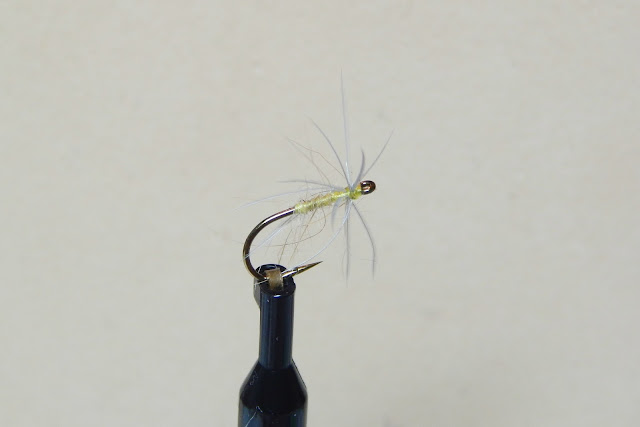