An Odd Day And A Bomber Brookie 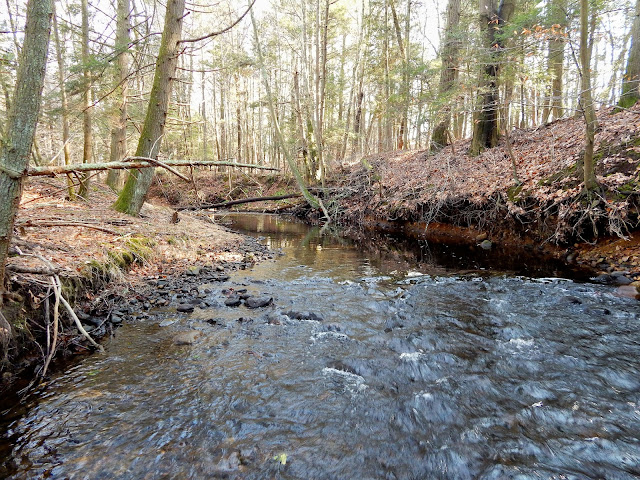 There are those times when things just don't line up the way you planned it. The adult way to deal with is to accept it and move on. Such was the case last outing when I felt it was all going to be great. The weather was super, stream flows right where they should be and even a few bugs about. The only issue was the fish were not in the mood. I fished a long time, using different flies, fishing prime pools and runs, and nothing to show for it. I did have a mistake bump, which got the juice flowing again. That was short lived though and it was back to nothing again. 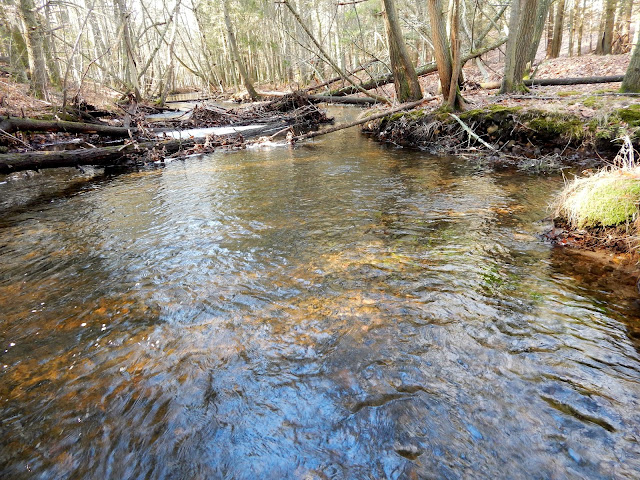 It was about 3 hours into the outing when I came about this pool. It had a nice riffle at the head and a long rather deep pool. It was at this time when I said I'm fishing dries only. My thought was "if I'm not catching fish I may as well not catch them on dries". I tied on a "Bomber" and sent it down the riffle and low and behold I had a brookie rise. There was no hook-up but there was finally interest. I sent the fly off again and I could see the brookie move on it, he took and soon was at hand, and just as soon he was gone. I moved through the pool and came upon a log jam with a large foam spot, you can see it in the photo. When on a small stream "foam is good" I flipped the bomber into the foam it sat there a second or two and then hell broke loose. The fish quickly put the bend into the rod. I could feel a heavy fish on the end and was trying to figure how I was going to lift him over the logs. That's when he made a move to his sanctuary of debris and was gone, with my bomber. I will be back to get it Mr. Brook Trout. 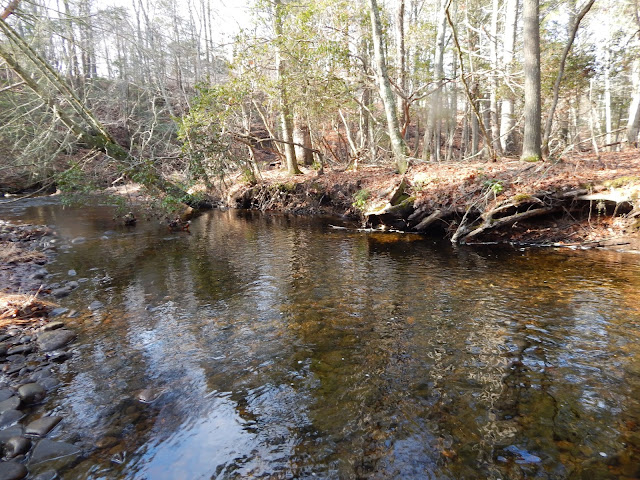 The hanging hemlock. These are places to never pass up. Just in front I observed a rising fish. I sent the bomber on a drift. The trout rose and was hooked. This time I able to bring him to hand. 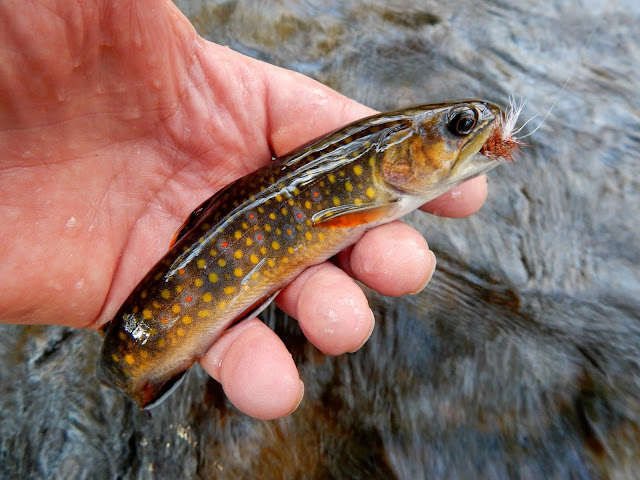 It was an odd day for sure, but well worth it. A "Bomber" Brookie.