In The Land Of Zane Grey, Rivers, and Flies 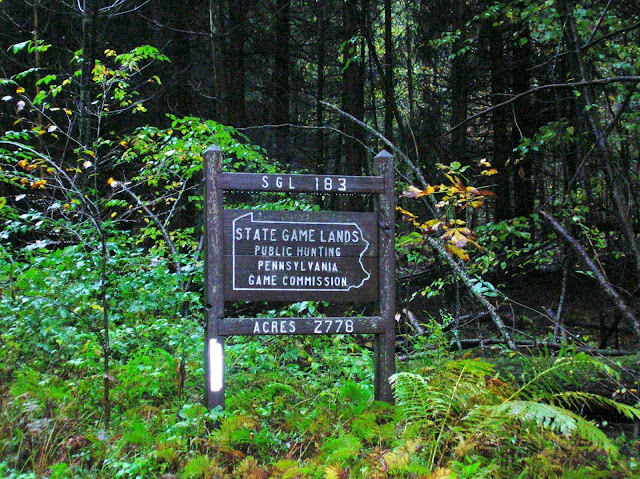 Back in the mid eighties I started hunting in the state of Pennsylvania. We primarily hunted deer but the license came with a spring turkey tag which allowed us to hunt wild turkey's. The spring season pretty much encompassed the month of May which is about as good as it can be, I mean cool mornings, which is the time of legal hunting, have to be out of the woods by 1PM, and the afternoons and evening were for the most part very comfortable. So I'm in Pennsylvania with a free afternoon-evening and nothing to do. The light came on and soon a fishing license was purchased and that opened up something to fill said time.

There was a wonderful river that flowed close to the game land I hunted, it's name is the Lackawaxen. A fairly long river and at times a big fast flowing river. The area I would normally fish was a power control river, they would generate and the flows would increase and then the river would return to normal flows. The river was stocked and I am pretty sure it also had some wild fish. 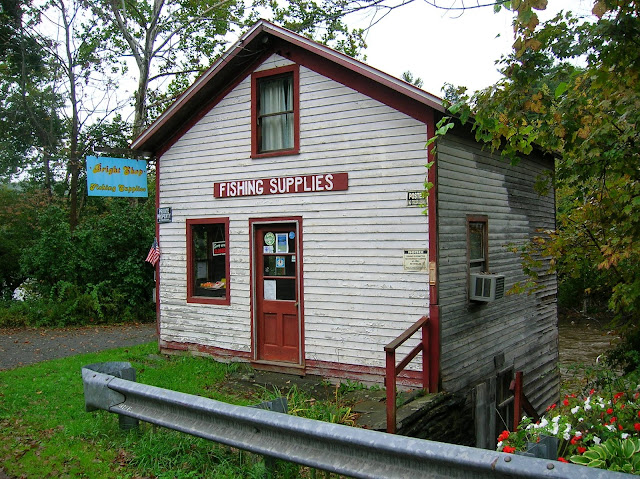 Along its banks was a fishing shop, fly shop and a place where you could get some very valuable info on what was going on. On one trip to the river I stopped in and talked to the gent in the shop. The river had been good to me as far as catching fish. I was armed with the necessary flies and pretty much thought that was all that was needed. At the time I was not tying my own flies so when he suggested I try these which he referred to as "emergers" to quote him "there the best producers here". So I purchased several of them and went about my way. Making a long story short they were indeed the finest fly production wise I ever bought. An example "make ten casts and you had three hits" usually leading to a fish. This ratio was not always the norm but it was close. 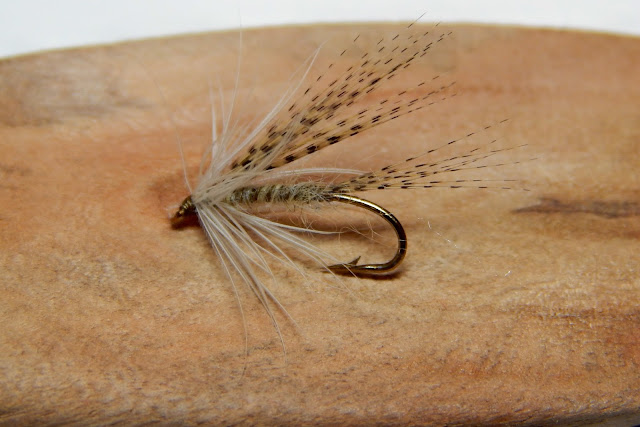 This is that fly, as I remembered it. It's tied on a slightly different hook, for I don't think these hook were available. I do remember it was a log shank hook though. 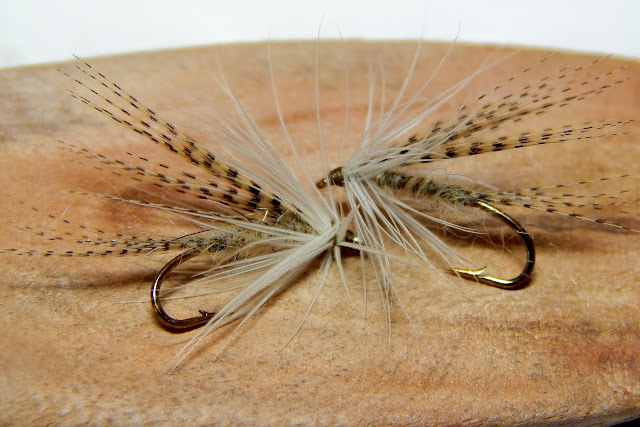 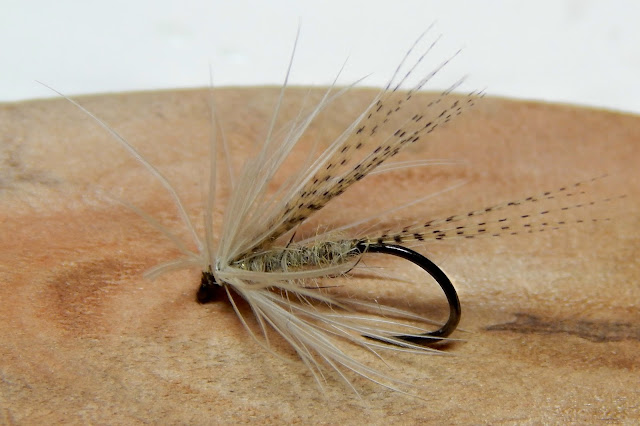 This last fly was tied on a standard dry fly hook just to show a difference from the longer shank hook.

I don't know if the shop is still in business, for the last time I was there was in 2011.