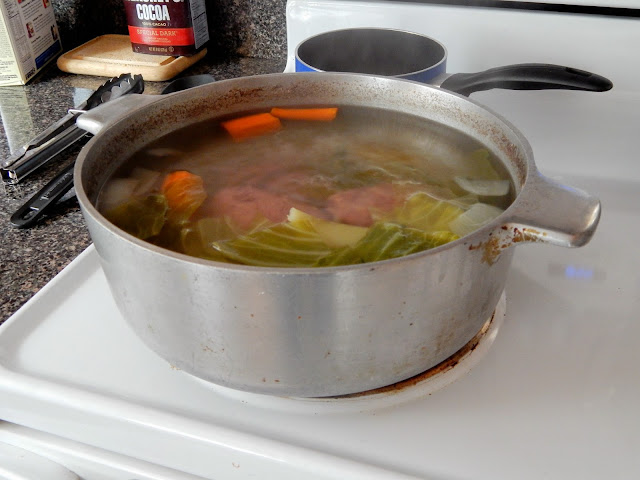 Yesterday we celebrated St. Patrick's Day with the traditional corned...... and cabbage. Pardon me everything was traditional except for the meat. In place of beef, venison was used. Several pieces of odd pieces of deer were corned by me using a great recipe for the brine. The meat was placed in the brine about 7 day's ago, and was cured to perfection. The deer was placed in a large pot with various seasoning vegetables, then brought to a boil and reduced to a simmer. It slow simmered for 3 hours, and the other vegetables were added. It was allowed to simmer until the vegetables were cooked. 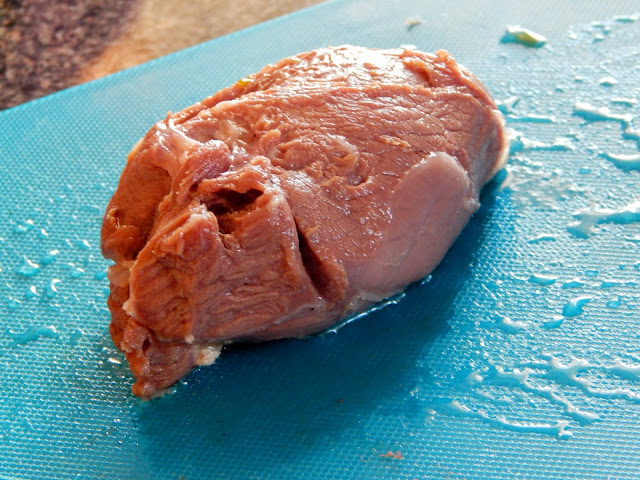 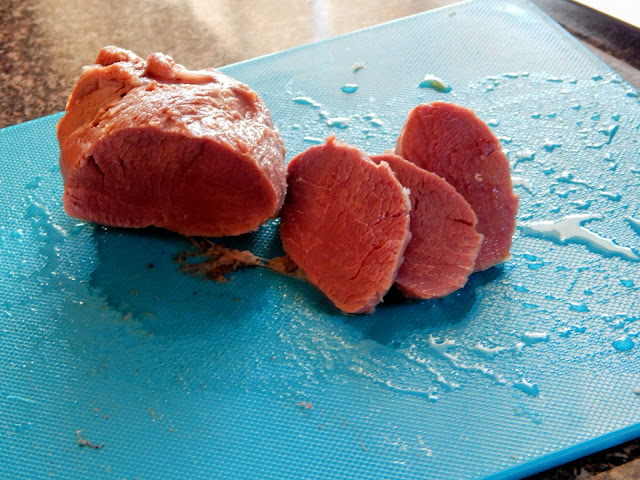 The first few slices held intact, but the rest sort of broke apart. 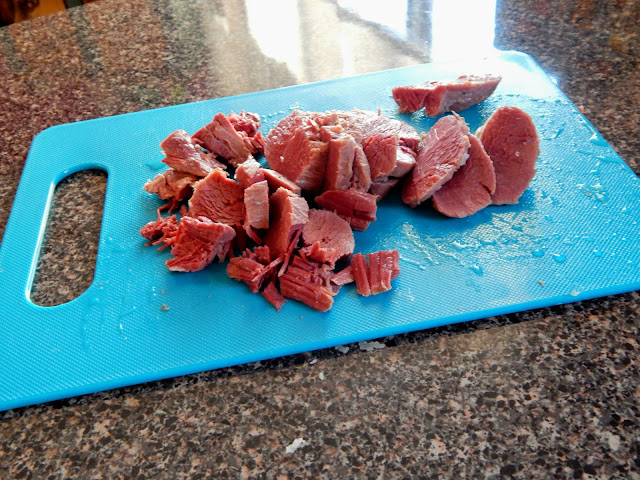 We enjoyed the meal, Jeanette said that I should corn the whole deer...she thinks it's the best way to eat venison. Today I have a few slices left and I will fry them with potatoes for breakfast. 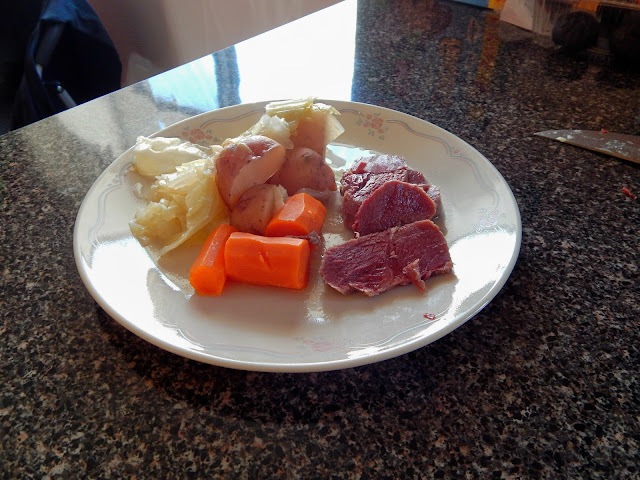