The Farmington River, And. 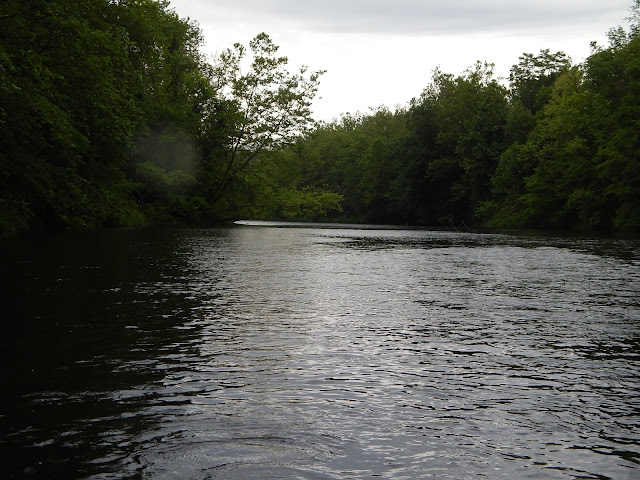 Tuesday was my first outing to the Farmington river this year. It was a trip that was late to come this season due to the high water flows. With the conditions checked on the computer I felt it was going to be a good day. When I left home there was a slight drizzle but as I drove closer to where I was to fish the skies opened up and monsoon time. The guessers claimed it would stop soon so I waited in the car. You know what it didn't stop but returned to that slow drizzle. I was at the river and a little drizzle was not going to stop me from fishing. I geared up and was soon in the river.

I'll tell you right off I did not care fro the flow, for me it was to high and I did not feel comfortable. The plan now was to fish close to the bank where wading was safe for me. 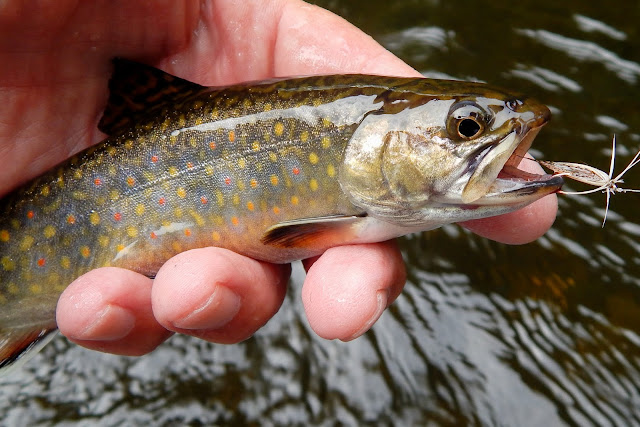 It did not take long before the wet fly to find a willing combatant. 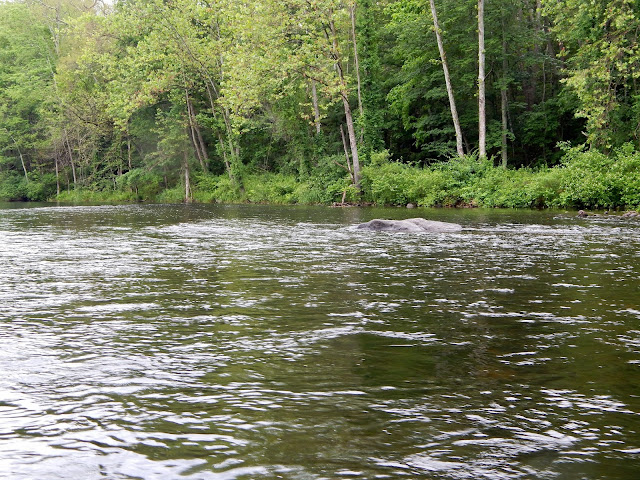 The river produced several brookies along with a rainbow that took a streamer and after using it for a spell spit it back at me. 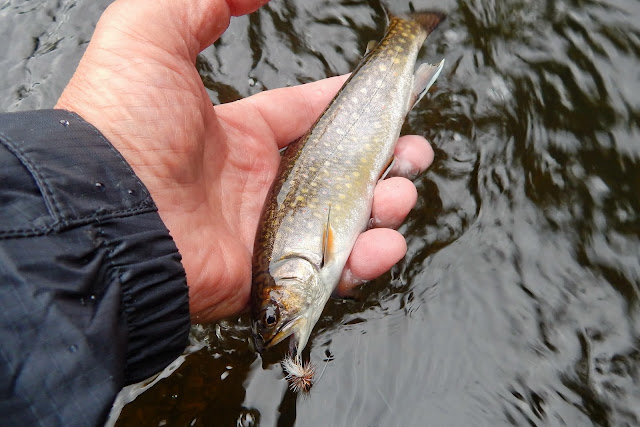 Farmington river brook trout are somewhat subdued in their colors, but they are fighters. 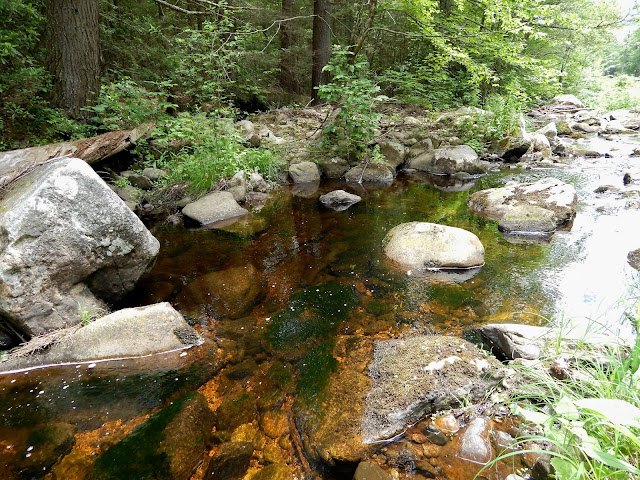 The sun started to break out and with that I decided to do the same, break out to a small stream. 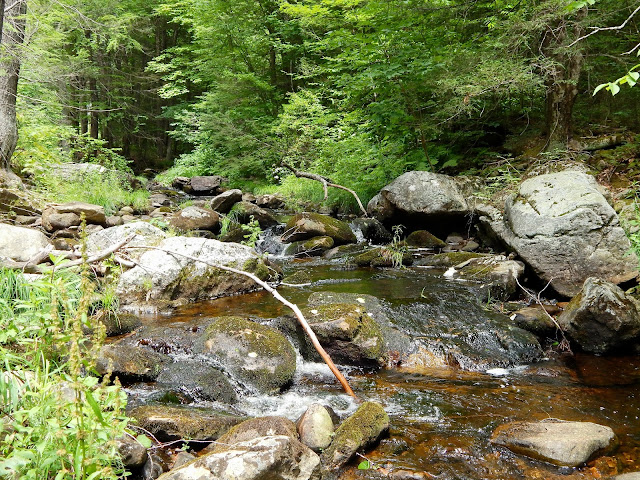 Here is where I feel right at home. The boulders, the little plunges, and that beautiful tea colored water. The stream was productive though most of the fish were small and could not take the fly. 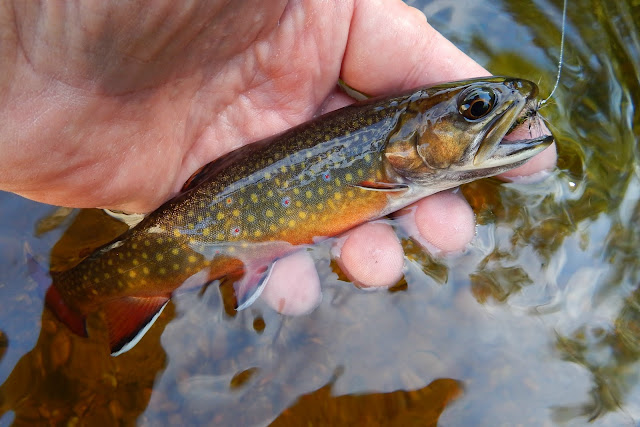 I did manage to get one to take and it was a perfect wild jewel. 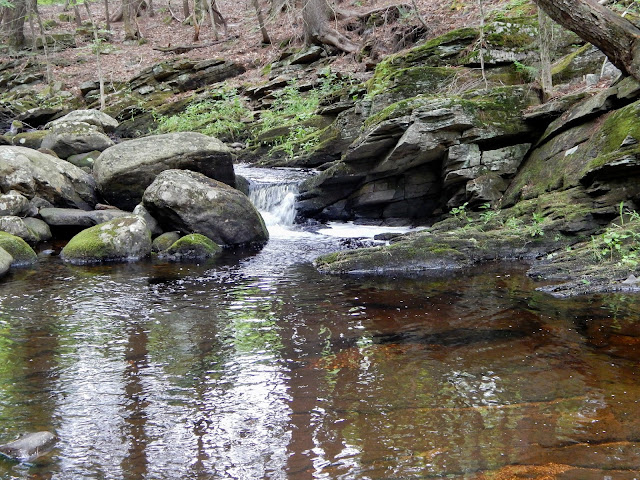 It will be awhile before I go back to the Farmington, it has to come down some. No loss though for I have places like this to spend my time.