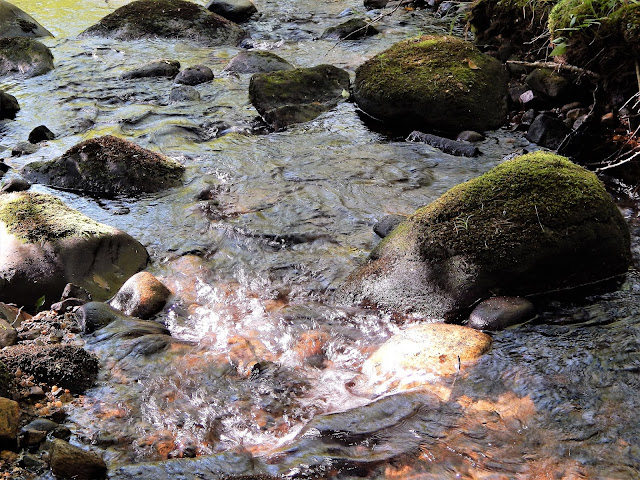 I got a late start on Wednesday and found myself arriving at the stream around nine. The morning was on the humid side with the sun doing its part to make it feel worse. But what the heck I was fishing, there were brook trout to be caught and I had a few hours to spend on a beautiful freestone stream. The water flows were stable and the shade was a blessing. Today would a day of fishing those little pockets of deeper water, areas of broken water, and undercuts. 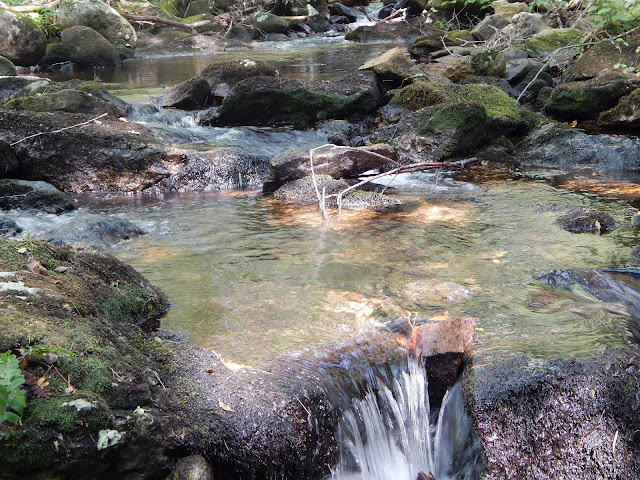 It was in places as this where the brookies came up for the dry fly. 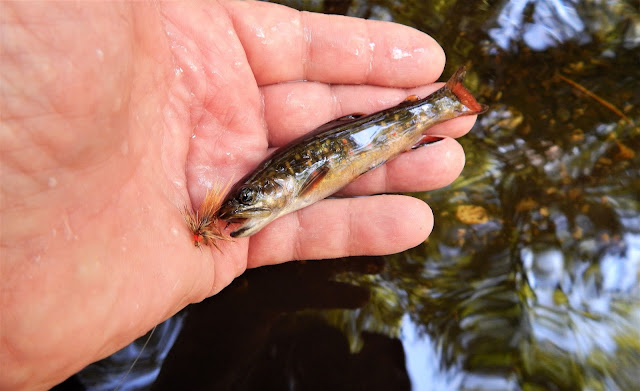 I know he's little but look at the overwhelming beauty of this wild fish. 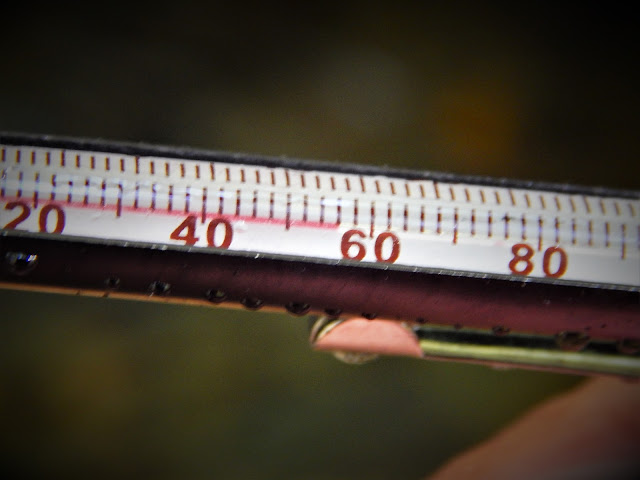 The 16th of August and a water temp of 56 degrees, amazing my friends. 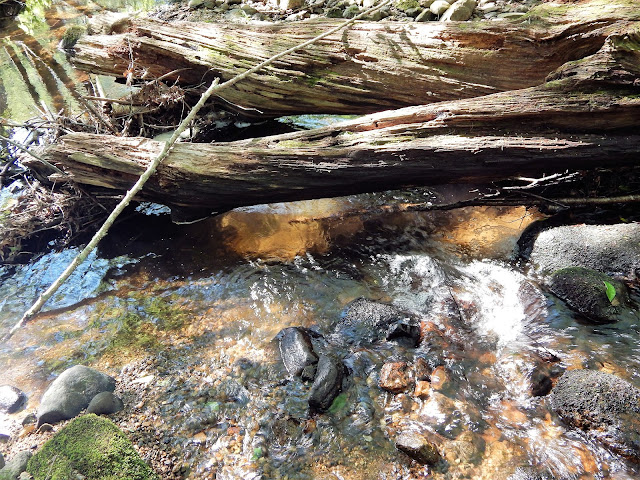 Places like this log fall are ideal for brook trout. You will usually have one shot at presenting and making a hookup, and that is exactly what happened. 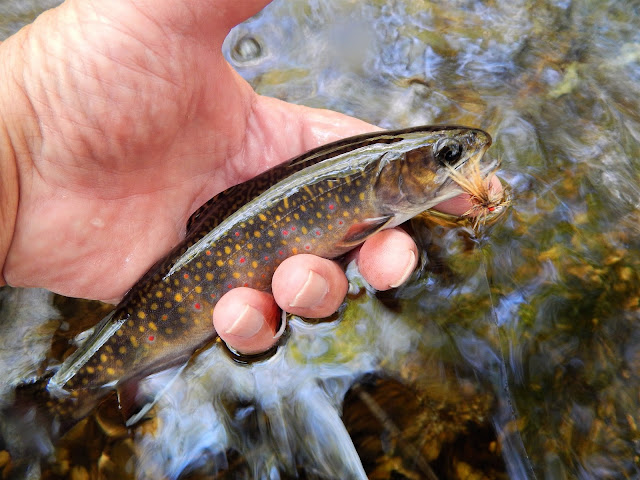 The fly hit the water and he rose and grabbed it in a split second. A nice fish for this little stream. 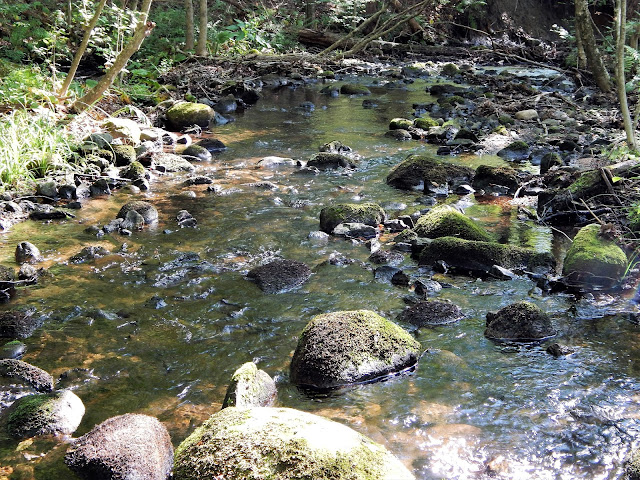 I worked my way along the stream. Never bypass anything that looks like it may hold a trout. 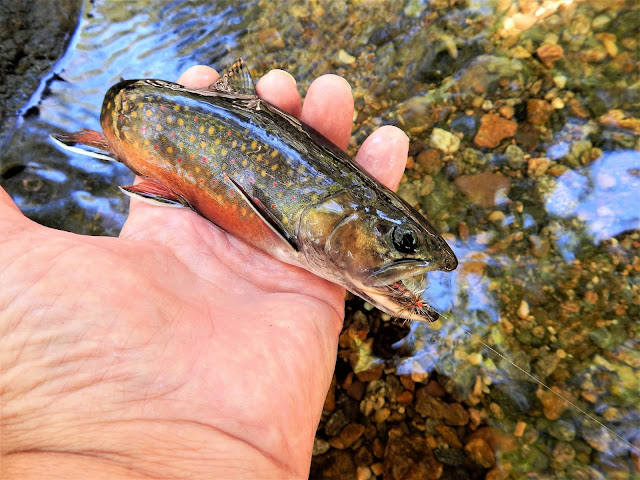 Such was the case with this beautiful brook trout. I fished  the run pictured above and from behind one of those stones came this fellow. He grabbed the fly and proceeded to run. The fish was strong and took to the air once in an attempt to throw the hook. In the twist and turns of the battle I could see his orange flanks, and I hoped he would be at my hand soon. It all worked out and as I lifted this magnificent jewel up I was astonished at his beauty and tenacity. A quick photo and back in. The trout was no doubt "pissed off" for when he hit the water he sort of flipped his tail at me in the same way as one would flip the "bird"....well done, and thank you friend.