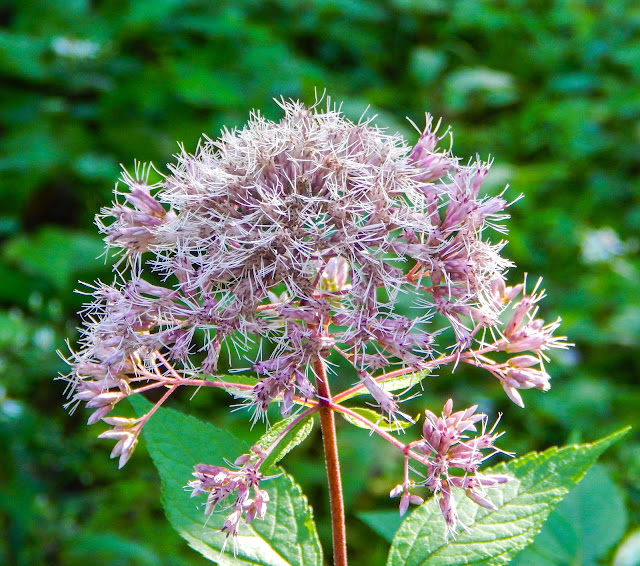 A little blue line that winds its way through a valley and is home to a lovely native was the choice for me this next to last week of August. I had not been here since perhaps May and did not know what to expect. Mark had told me of the destruction to the trees from the gypsy moths. I was happy to see some of the trees had repaired themselves and the shade canopy was keeping the stream cool. This stream receives almost no fishing pressure and the only problem is that the hiking trail nearby will bring some dogs to the stream for a drink and a brief cooing off. About the only changes I noticed was a portion of the bank had been washed into the brook. There was a small tree that held it together and provided a corner "nook" that seemed to always hold a brook trout. 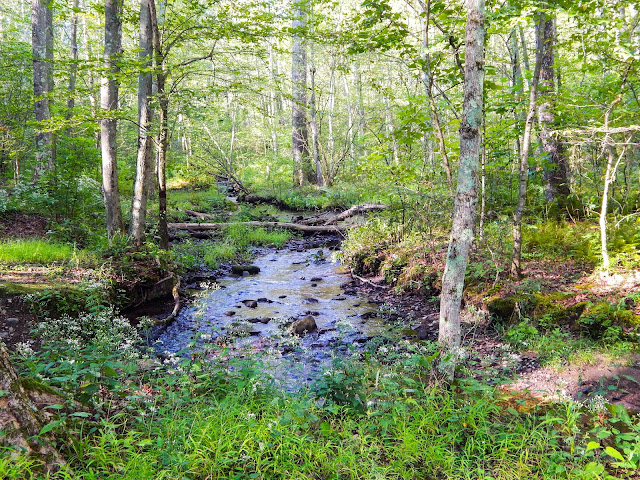 The stream and some of my "lucky spots"...the bomber did bring a few to the surface. 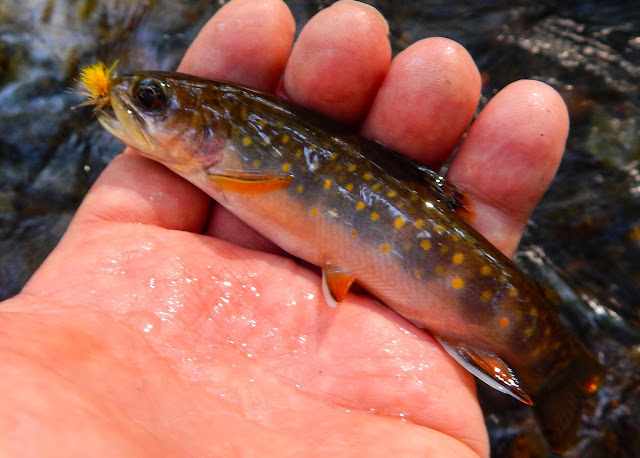 A "home water" wild one. Beautiful, and spunky. There are three flies that prove to be awesome on this stream, they are the Bomber, Elk Hair Caddis, and the Parachute Adams. I did not have an Adams but the Mr. Rapidan parachute worked just as well. 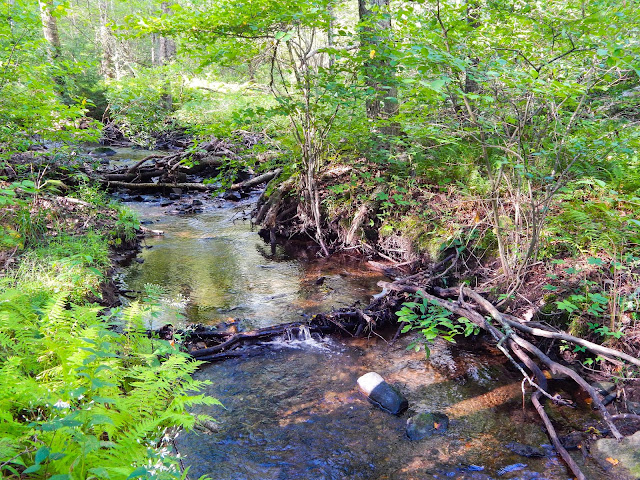 There were several places where I spooked some nice fish. 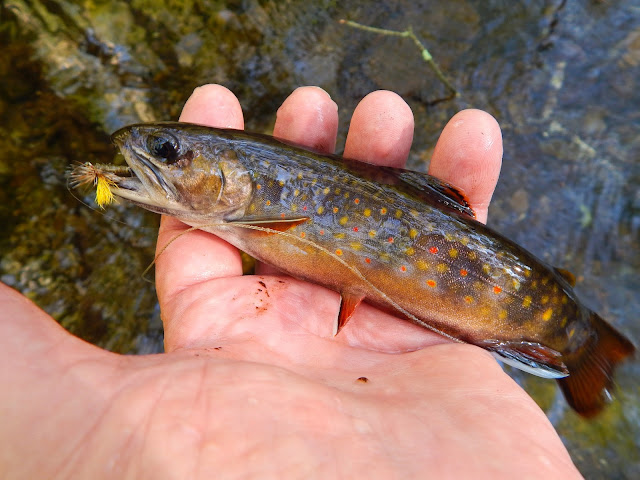 Overall though I did not do to bad. It's always a pleasure to be gifted one of these jewels. 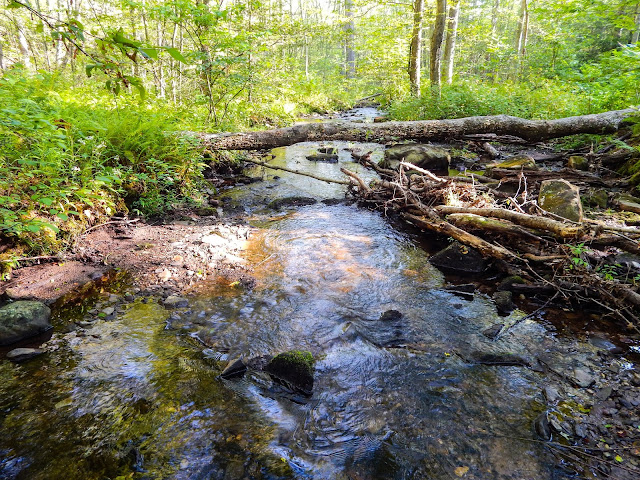 I finished my day in a very positive way. The stream was healthy and the brookies were too. A good sign for the future.