A Frosty Morning In November, With Spiders In The Riffles 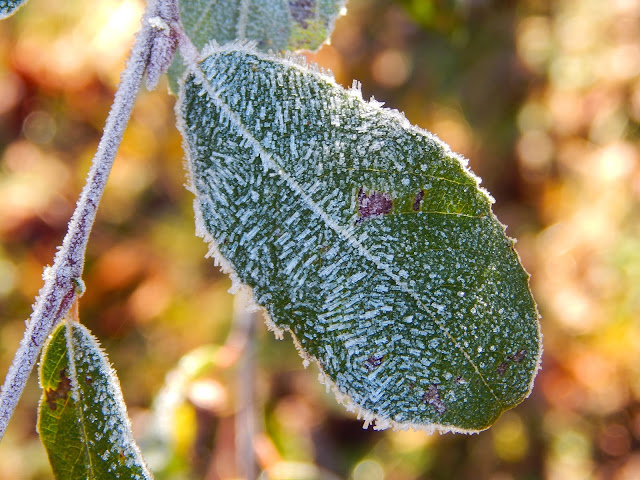 My last outing, I believe it was Thursday was one of those real frosty mornings. The overnight temps dropped significantly and there was a tin coating of ice on the pond in front of our condo unit. So I prepared myself and was ready for the crisp day ahead. Walking to the stream signs of "Jack Frost" were all around. The sun glancing off the trees and landscape gave a Christmas touch to the woods. As I reached the water I was in a mind set that I would see a layer of ice that would form at the edges, well it was not there. I looked for those ice crystals that form from splashing water on the branches that lie in the water and they were not there either. So perhaps it did not effect the water temps at all and maybe it would be a fine dry fly day. I had other thoughts.

I chose instead to fish "spiders" and to fish them in the riffles. Riffles are my favorite areas to fish, most times they are productive and with the right fly I have had some outstanding days. 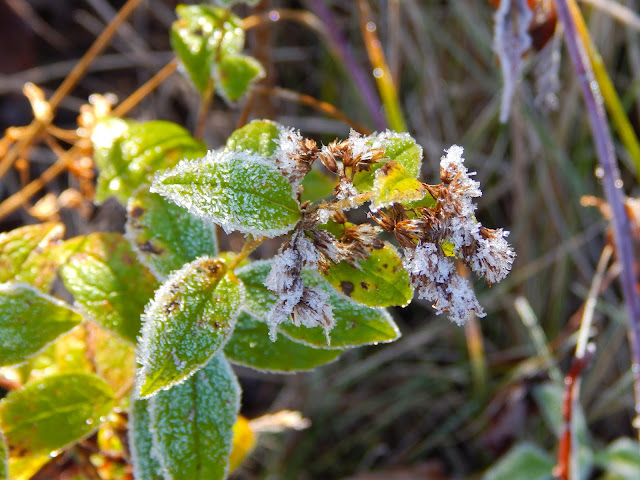 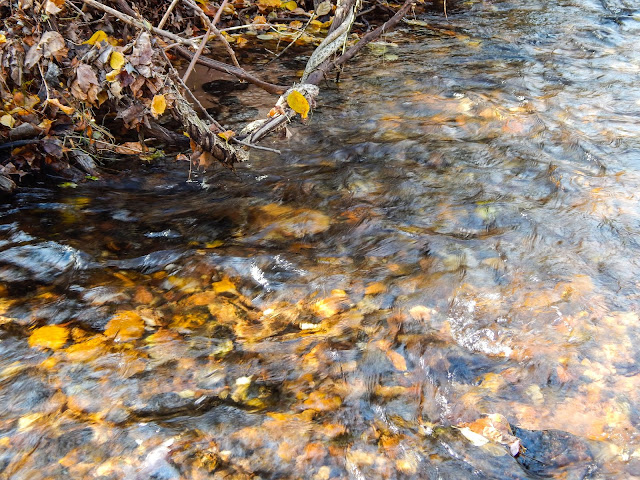 The head of a fast riffle. A strike can come here as well as in the middle and the tail. 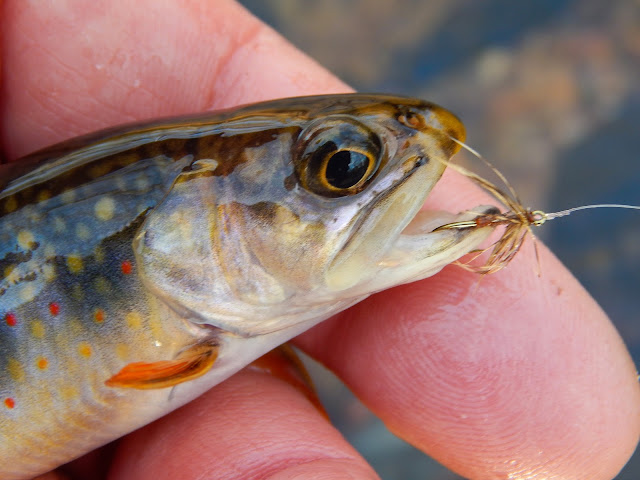 The fish took the spider at the head as it was brought back and then allowed to drift back. 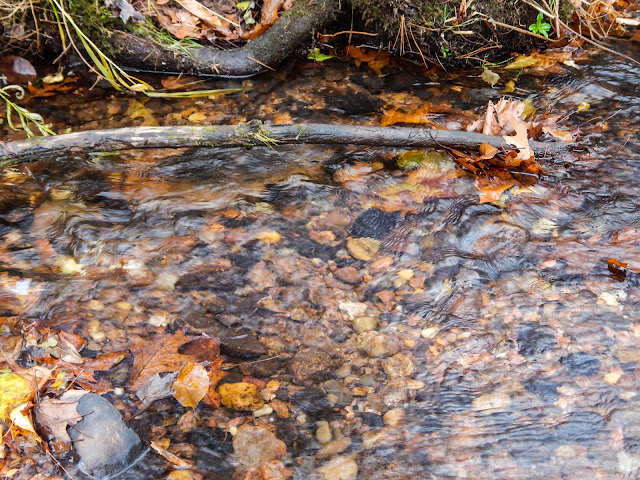 The water here is shallow and it is clear. There is a place where a brookie will hold. It did and in a flash he struck the fly... 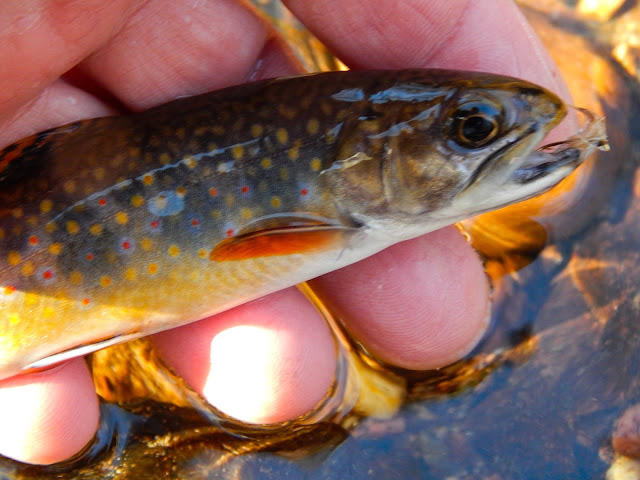 Small stream wild brook trout are "masters" of their habitat. They can almost disappear in scant water, amazing creatures for sure. 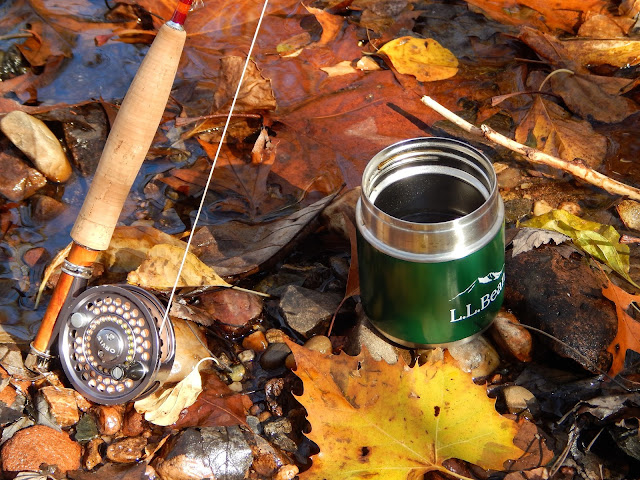 What a nice pause...hot coffee streamside. Another wonderful day in brook trout forest.