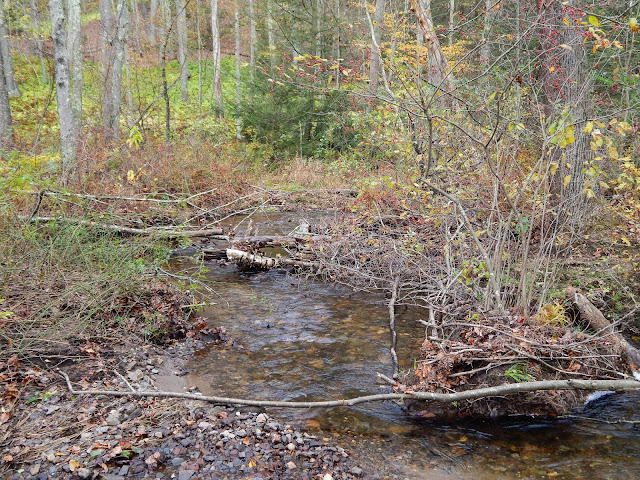 Yesterday morning I woke up to a light rain. Looking out the window the plans I had made were not looking good. Heading downstairs to have my first cup of coffee I noticed Jeanette was already to take her walk, at that point I said it's raining and the reply was "not for long"..she then told me the weather guy said the rain would stop and the day would be one of those hit or miss shower days. Well it looked like the plans were on, and with that I sat down and had some breakfast. A few more cups of coffee and I was getting the gear put into the car.

I had chosen to fish my home waters this day. It had been awhile since I drifted a fly and was anxious to see how it had fared the recent heavy rains of the last weeks. My eyes could not believe what I saw, the little stream was transformed into a whole new place. There had been some heavy tree drops onto the stream as well as log jams causing the old pools to become entirely new. 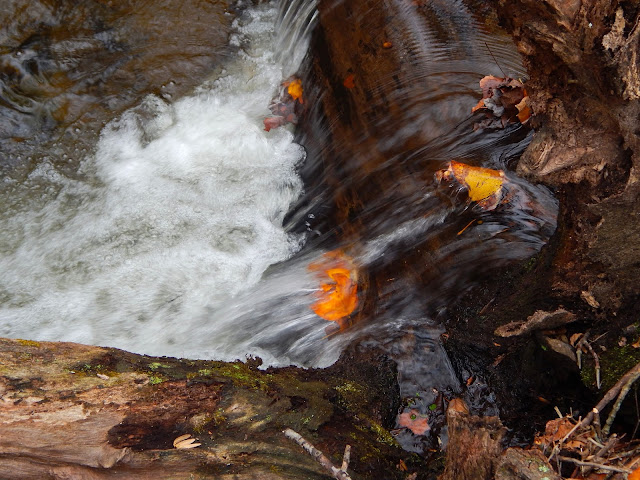 The water volume was up and the trick was to try and locate where the trout might be. 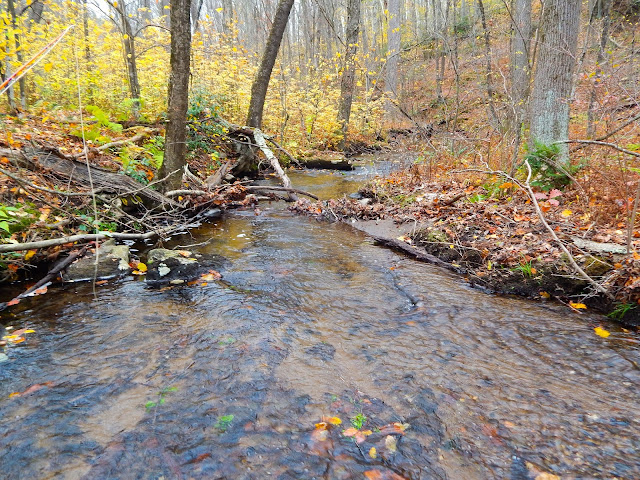 Sandy bottoms were seen where there was gravel and large branches clogged many of the undercuts. 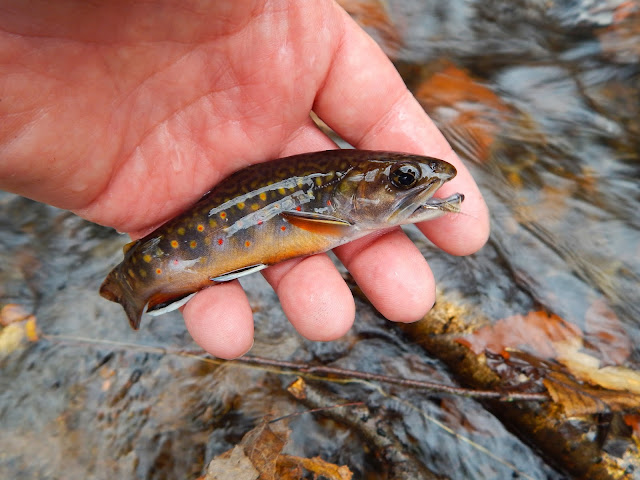 I managed to locate a willing brookie. It took awhile, maybe the changing of the clocks to EST threw them off. 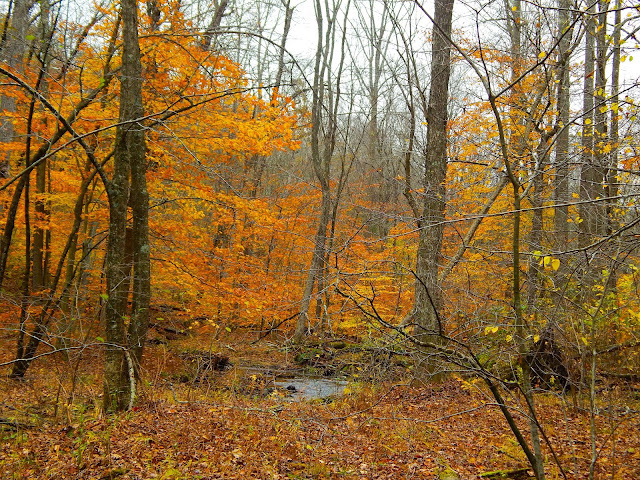 There were places along the stream where the "glorious season" still could be seen. Some time was spent here to savor it, even the mist in the air could not dampen the beauty. 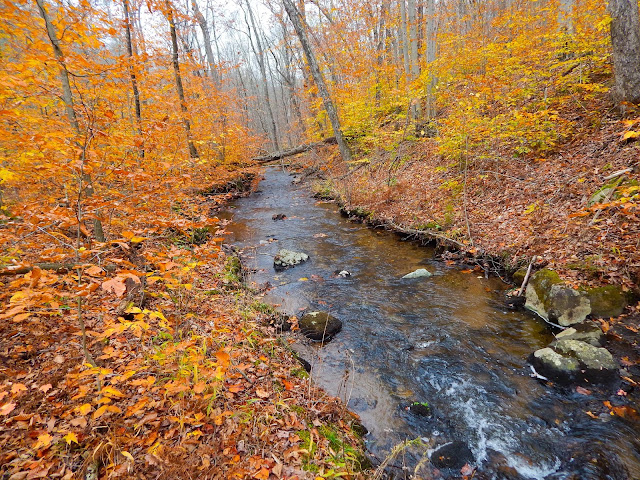 In a run as beautiful as this, how fitting it was to be able to hook the most beautiful brook trout of the day along its riffles. 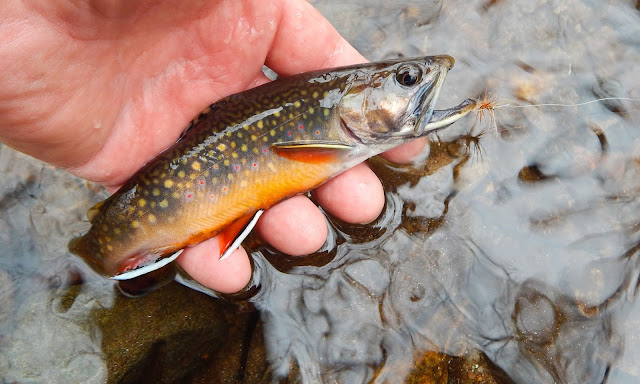 A home water jewel. These days are dwindling and I am very lucky to have had a day like this.