Simplicity With Some Unusual Results

Last week I posted a fly that featured a unique hook. It featured an up-turned eye. In my attempt to purchase some of these to replace my dwindling stock. My search came up empty. My final search was with E-bay and I came up with a seller. I placed my order and received them Saturday along with a bag of goodies that were given to me at no charge. One of the goodies was a bumble bee body made of foam. I went and tied up one and placed it in the fly box.

With the hooks I tied up a couple of flies featuring Pearsall's silk thread and natural Fox Squirrel fur...these flies are the epitome of simplicity. 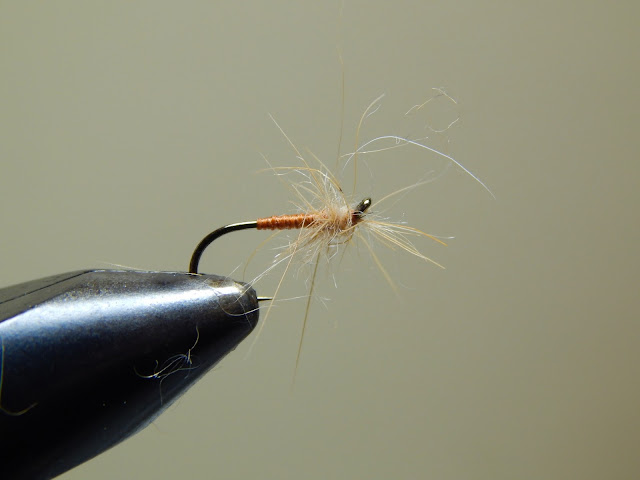 This fly has a Pearsall's silk body, the color is a rust-brown, and natural fox squirrel belly hair for a thorax. The movement in the fur also works for legs-wing as an emerger. 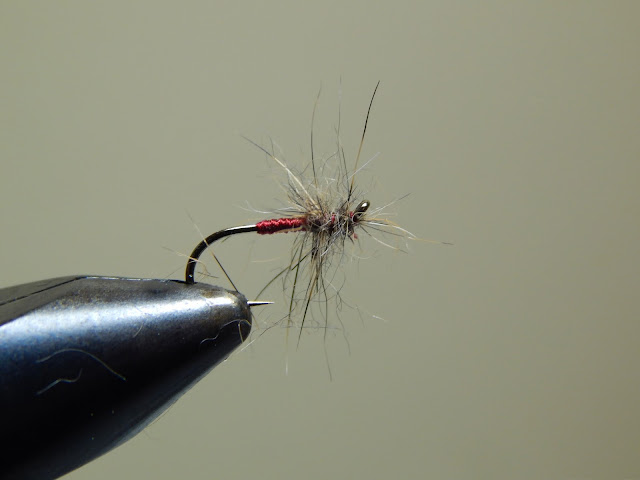 This fly features Pearsall's maroon-claret silk thread body. The thorax is natural fox squirrel body hair. These flies produce a lot of movement which produces strikes. The one issue with fox squirrel is that it's tough to work with. If you try to work it to much it will become a glob of hair instead of a spiky buggy looking fly. 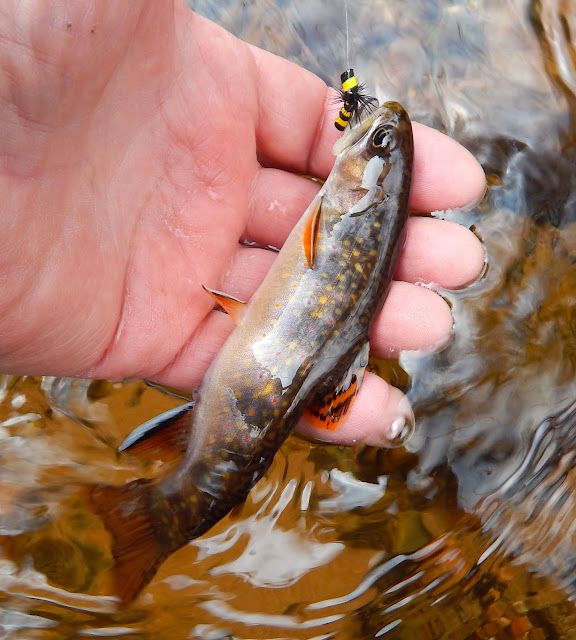 I took the three flies out for a couple of hours on Sunday and had a pretty good day. While all three flies produced fine results the bee really surprised me. The brookies hit it hard...bee patterns in late November. 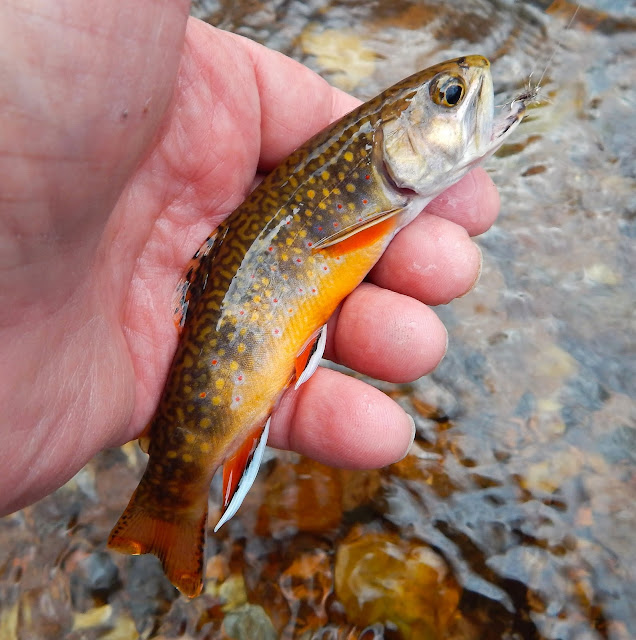 Bill Skilton features these foam bodies and the ant patterns are killers......thanks Bill.