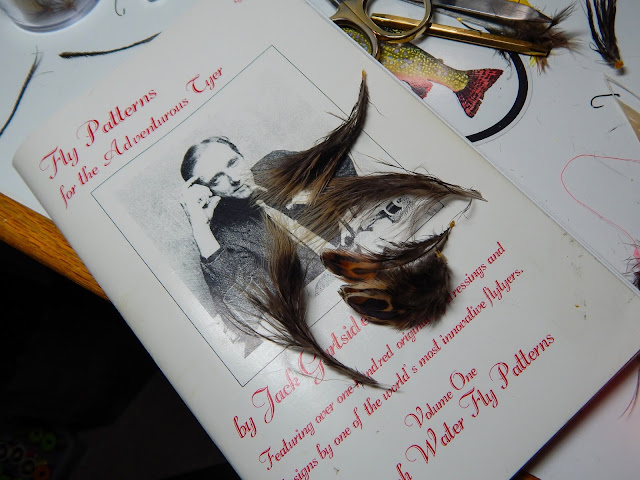 Over the years I have expressed my admiration of Jack Gartside. A true genius in the fly fishing world. Many of his patterns continue to put fish on the hook. In his book "Fly Patterns for the Adventurous Tyer" which features fresh water patterns from little bugs to large streamers. Many of Jack's patterns feature the use of ring neck pheasant. This bird has a multitude of feathers which can be used, I would say that all of the feathers can actually be used.

The flies tied below while not Gartside patterns do incorporate feathers from the pheasant. And as the book title say's "Adventurous Tyer"...so Jack here are some simple flies tied in the soft-hackle tradition.

This streamer fly has a gold thread body. The wing is a fluffy pheasant marabou feather. The hackle collar is two pheasant shoulder feathers.

This streamer features an orange thread body. The wing uses a fluffy pheasant marabou feather. The collar is two pheasant shoulder feathers, one light colored and one dark colored. 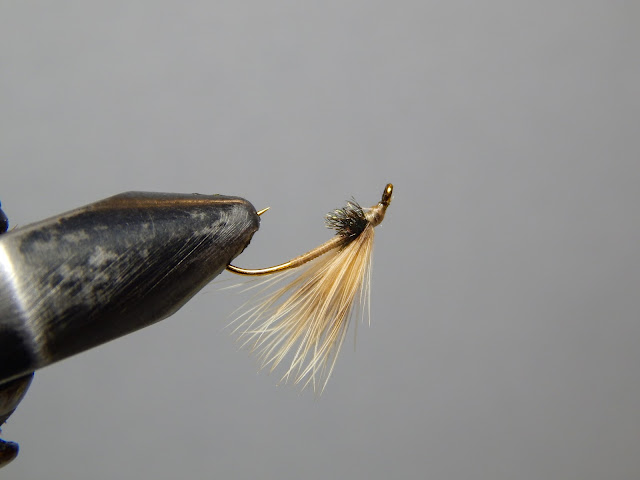