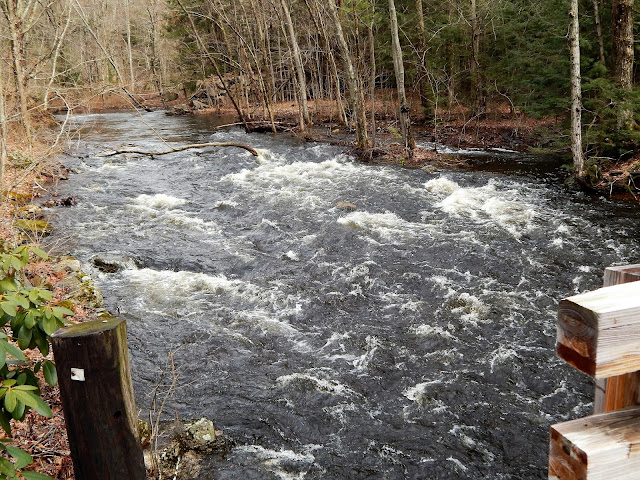 Look at that flow, there will be no rising fish here. That's what most streams looked like after the heavy rains of Monday. Some say it was 2 inches but I think it was much more. I obviously needed to find a small tributary where it would be more manageable and the fish would actually be able to go after my fly and not be swept away. Well I found such a stream but there was evidence that it to was under heavy flooding. Many of the tangles that were in stream before were now gone..I should really say is they were moved but actually not gone. 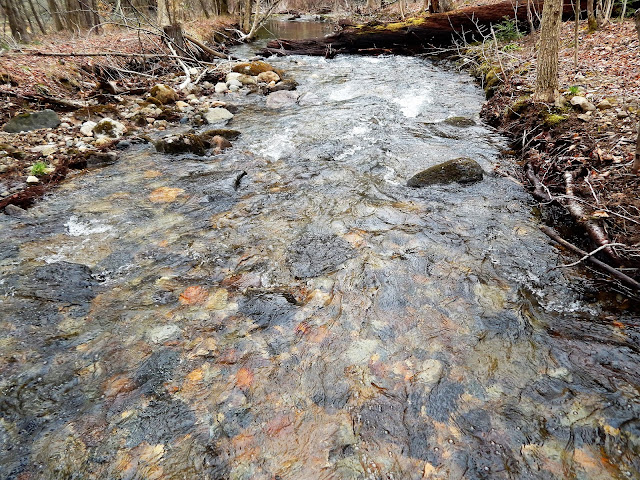 A nice run that in the past held some nice natives. Several flies offered but no takers. 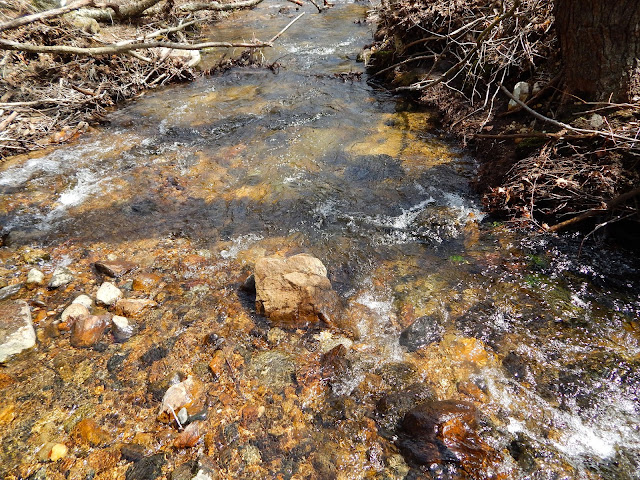 Just upstream I fished this run-small pool area. Last fall I hooked a beautiful brookie here and lost it. I gave him the name "orange flanks" because of his vibrant orange colored sides. 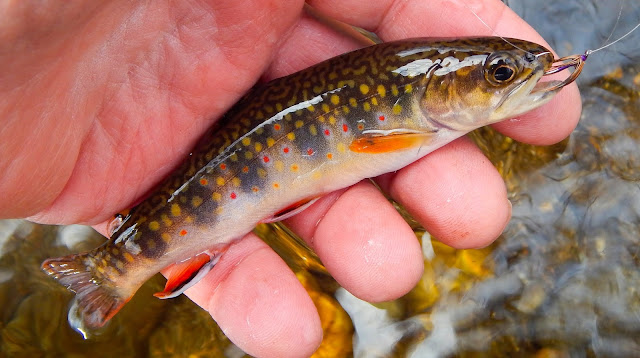 I drifted the fly and as it entered the deeper pool a fish struck. Seconds later this beautiful wild creature was at hand. Impressive colored spots were observed. 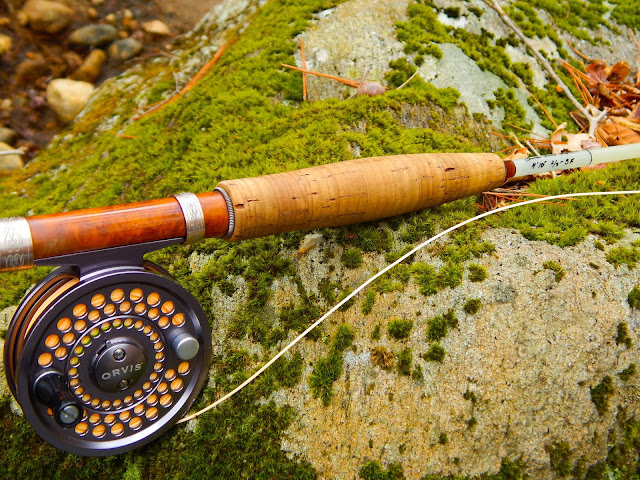 I laid my rod down on a rock to change my tippet. Glancing down I saw an insect. Can you see it? Can you identify it? 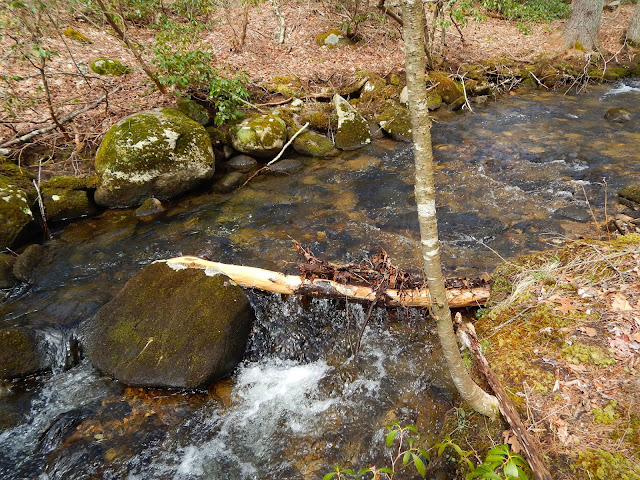 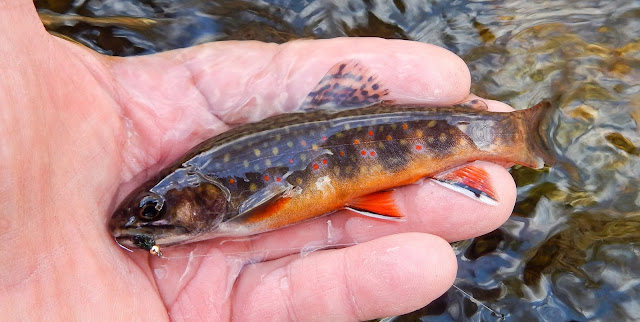 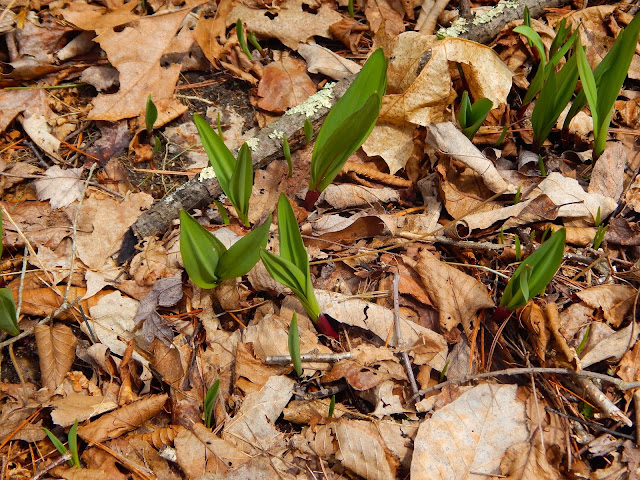 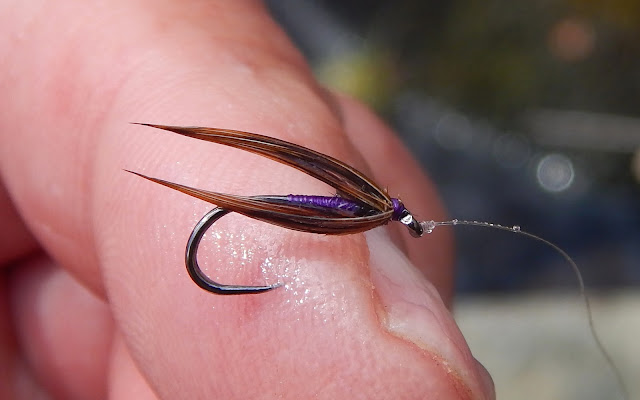 ...of the body of this fly. It was my best producer this day. Do you recall the post I did on "Trout Flies and Flowers"......maybe there's something to it.