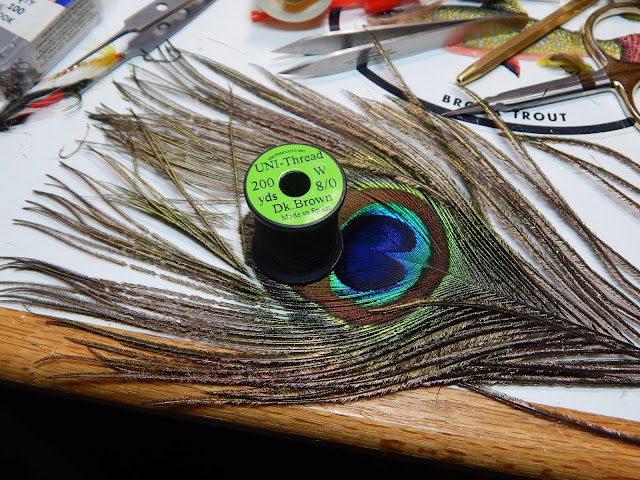 In a post I did on April 22nd titled "A Rambling" With An Old Pattern...I received a comment from John "The Two Terriers" on an old pattern he had fished. Unfortunately he was unable to tell us much about it, having lost the last fly he had in his possession. He was able to recall the name of the fly and shared it with me. The flies name was "John Storey"...

Another reader and contributor to SSR's "Bill Shuck"...an awesome fly tyer and historian of old patterns. Bill took the time to research the "John Stroey" and sent me the information on the fly.

Initially all I found were references to the dry fly version, including a video of Davie McPhail tying it and several advertisements for places you can buy it, along with numerous photos of the strange design that has the wing sloping out over the eye of the hook. Supposedly the original version was a wet fly designed by John Storey in the early 20th century, while the dry version was the handiwork of John Storey’s grandson in about 1935. A couple of the articles mentioned that the original wet version had the wing sloping back over the body, but I had no luck finding a likeness of this design until I came across a reference to a book by the name of Trout and Salmon Flies of Wales (Moc Morgan, originally published by Merlin Unwin Books in Shropshire, U.K.) There I found the recipe on page 89 and a painted likeness of the wet version in the upper right of Plate 26 on page 103. 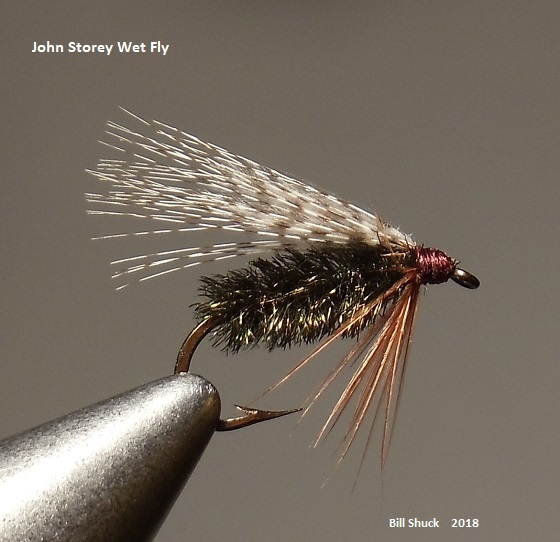 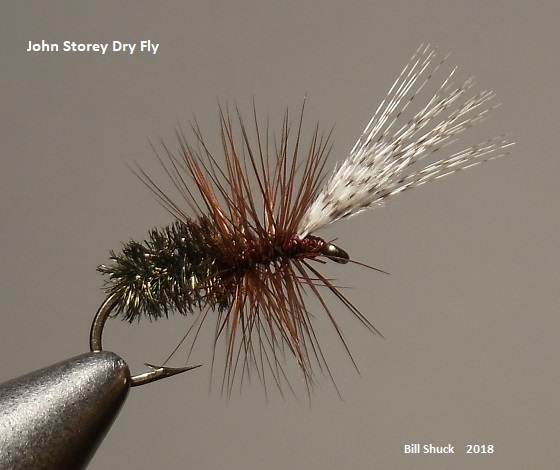 Thanks to both John, and Bill for their input...That's why I believe we have the greatest readers in the world.