The Stream In Hemlock Hollow 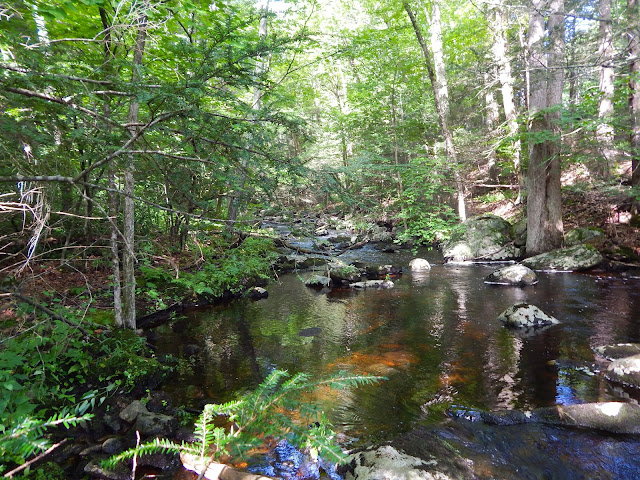 I am so fortunate to have so many streams to fish. Many of them have wild trout and some of them have lot's of wild trout. Several of these streams I fish regularly and a few of them seem to slip through the cracks and a reason for this I can't give. Sunday I fished a stream that I have not laid eyes on in two years. Funny though even after so long a time I felt like I fished it yesterday. It was a beautiful as the last time I saw it, with the fact that some new blow downs took up residence in a few runs it was pretty much the same.

The stream was up considerably from the decent rain we have gotten in the last weeks, and some of the pools were dark and deep. They say that brook trout like deep and dark pools, can we believe what some say? 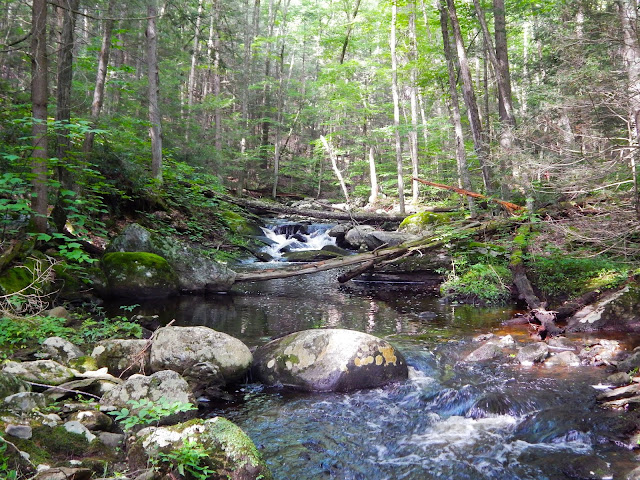 In one such deep and dark pool I decided to test that saying out. 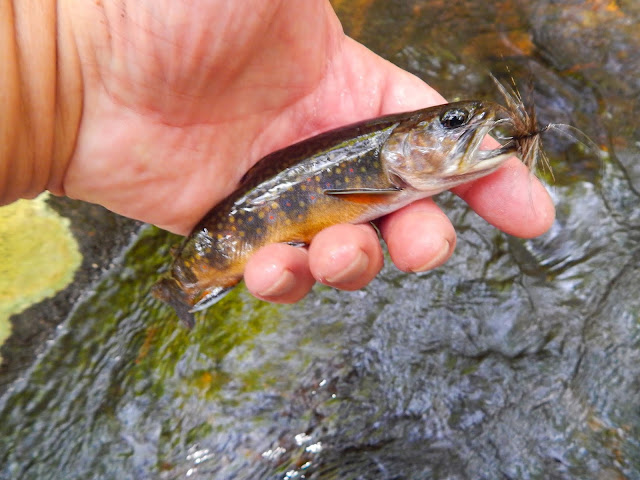 I found several wild brookies in that pool. Some at the top, some in the middle and several at the tail. 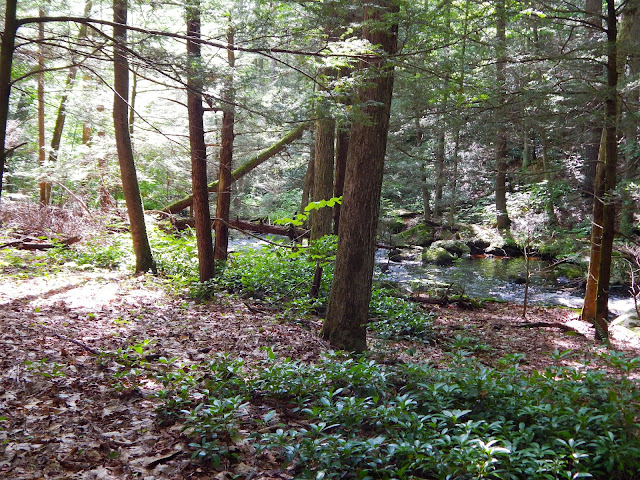 The stream as it flows through the laurel and hemlock. Several large oaks were in the mix also. 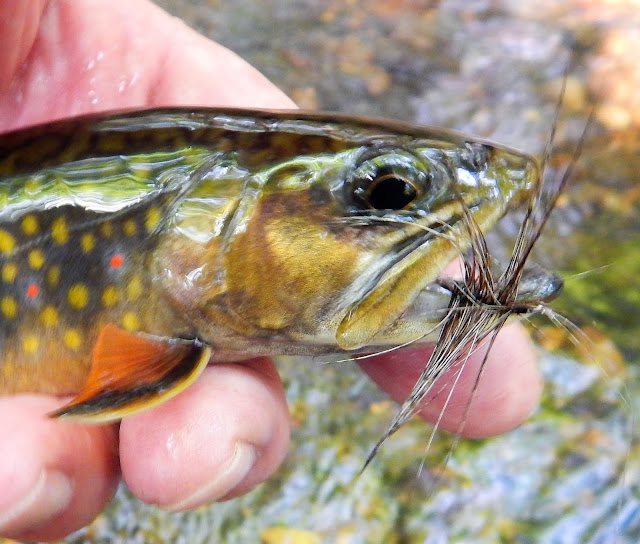 Brookies were in the riffles , and loved a big fly. 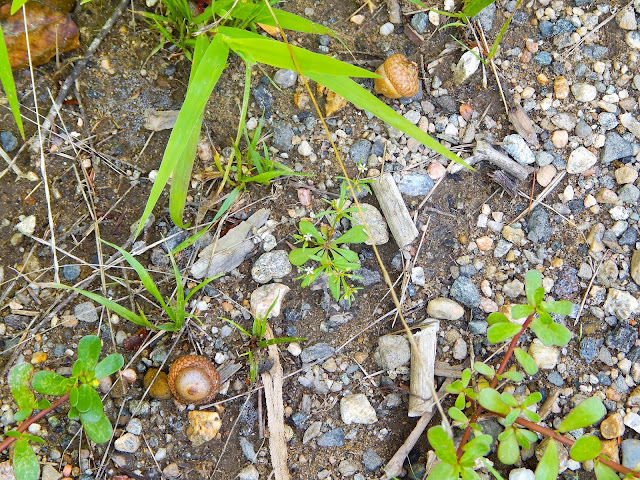 A sign of an early Autumn? Oaks dropping acorns.. 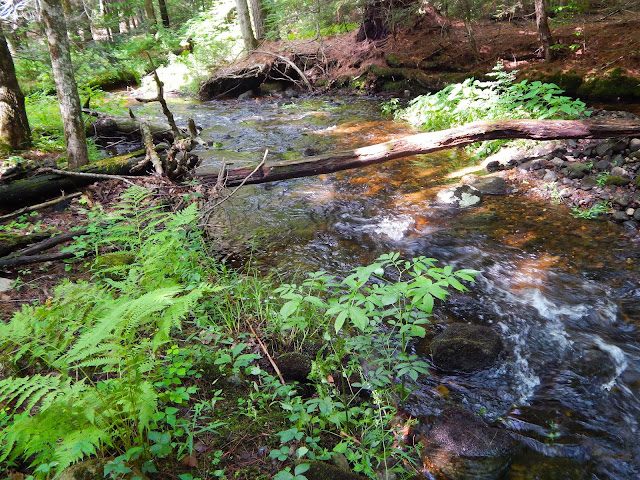 You just never know where in the stream a brook trout will be found. You have to fish all of the water..... 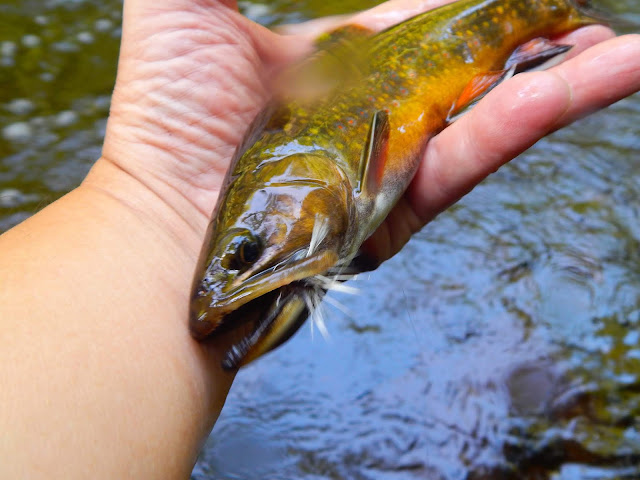 ...and when you do you may encounter fish like this. Another sign of an early Autumn? This male had a very pronounced hook in the jaw. His mouth inside was as black as coal, a trait I've seen and it was in large brook trout. I hope we meet again.