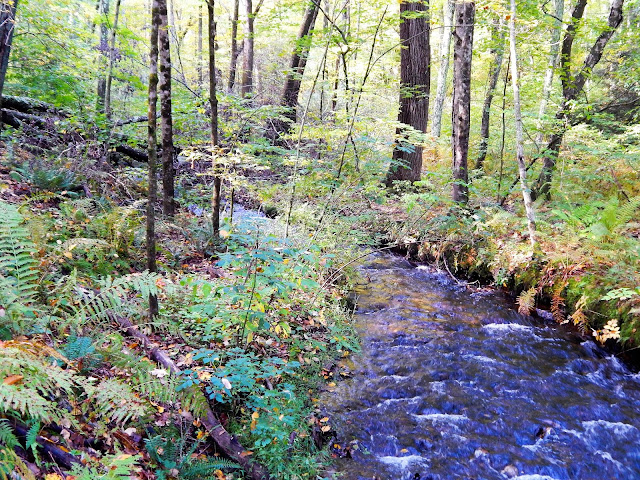 Soft-hackles or spiders, what to fish and where to fish them. A small stream requires different tactics then larger bodies of water, with different tactics comes a choice between flies that we select to enable us to get the job done. In the stream pictured above a small sparsely tied spider pattern is almost useless in drawing a trout to strike. In a section as this a soft-hackle with some fullness to it would be a much better choice. 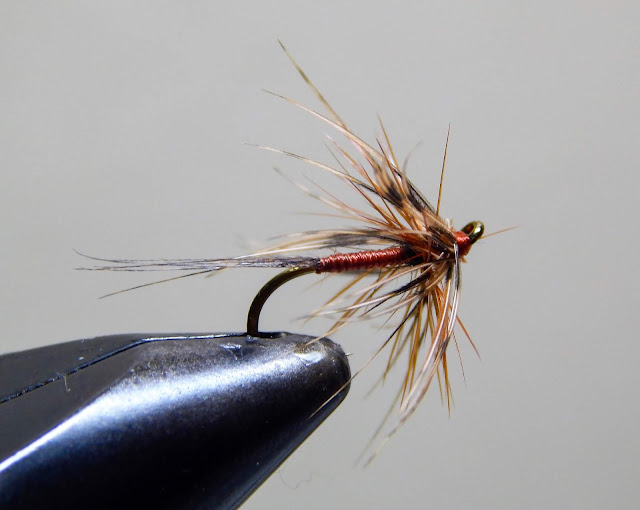 This soft-hackle is what I would use in a stream as pictured above. The fly has a tail, thread body and a pheasant feather tied with several turns, perhaps even using the whole feather. The fly would be noticed in the faster moving current. 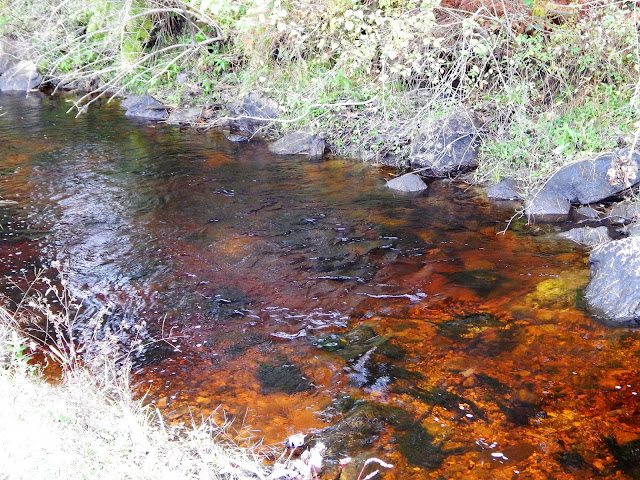 This piece of water would be where a sparse spider pattern would excel. The spider would drift slowly in the mild current and would be seen easily by feeding fish. In this pool I have taken many brook trout over the years. I have cast spiders and watched them drift. At the end of the drift the fly settles to where it's almost at the bottom. Brookies would look at the fly and would attack it once it's twitched. 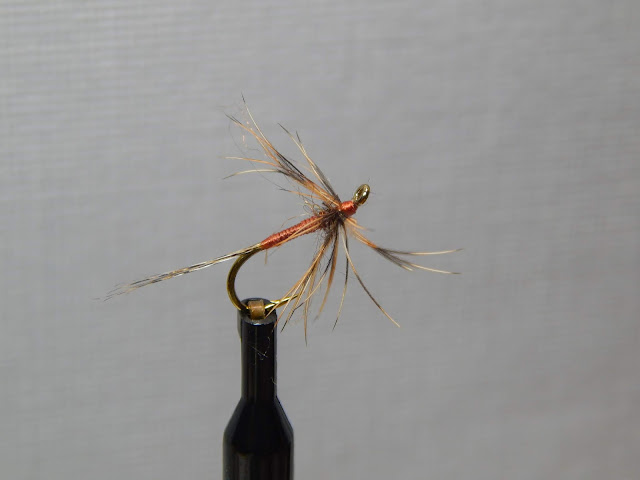 This spider pattern is perfect for fishing in places I described above. The fly is the same as the first one. Tail, thread body and a pheasant feather for the hackle. The difference is the feather is wound sparse, perhaps only two turns. These flies offer the best of both in fishing various places on a small stream.