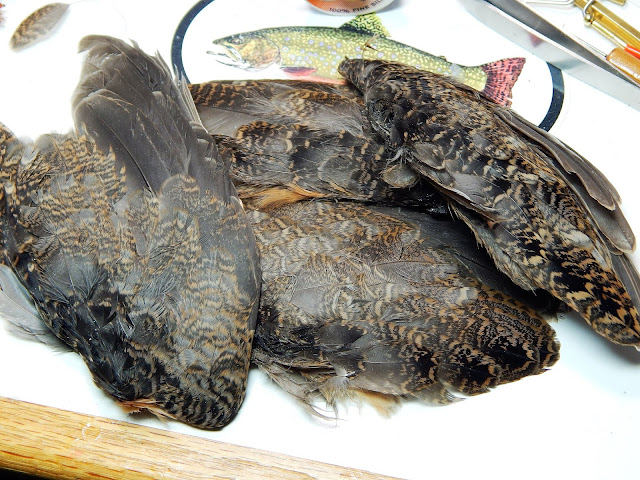 Back in October a reader of SSR's sent me an e-mail asking if I wanted some woodcock wings, and feathers. He assured me that they were clean and the markings were quality. Woodcock is a staple in the construction of North Country flies. They have proven to be fish catchers and they are a forgiving feather in that they are not overwhelmingly fragile. Well getting back to the e-mail, I said I would love to have the woodcock wings and feathers. A few days later I received a package and when I opened it I was astounded. The wings were the best I've seen. These feathers were perfect. Their shape and sheer amount of quality useful feathers was beyond what I had imagined. "John" I want to thank you for the feathers and I'll be busy this winter creating many flies. 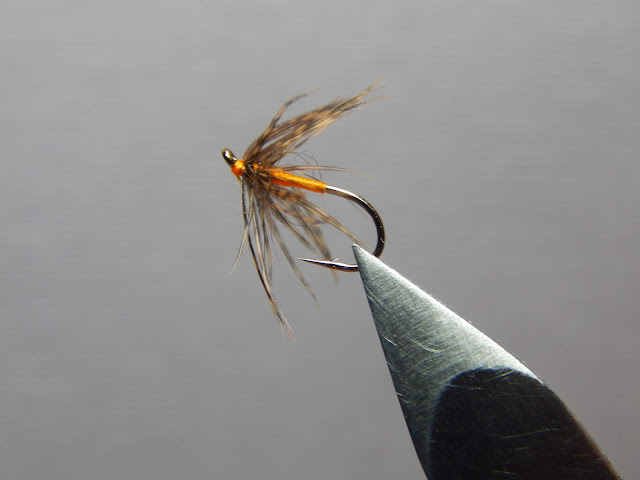 This is a Woodcock and Orange spider. The hackle is on of the feathers from John's woodcock wings. 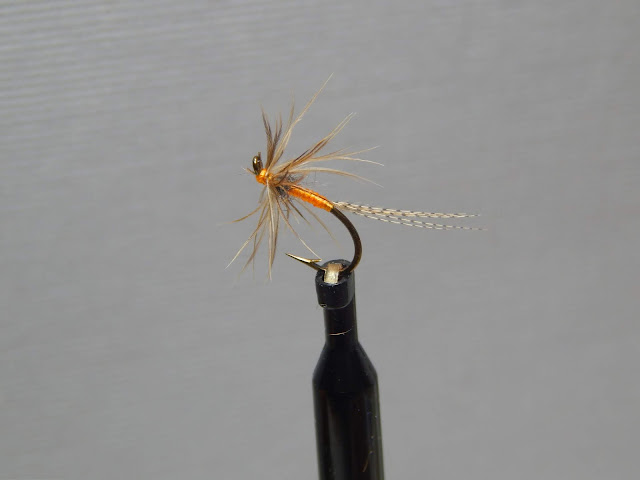 Woodcock and Orange with tail. The hackle is an under covert from a woodcock. 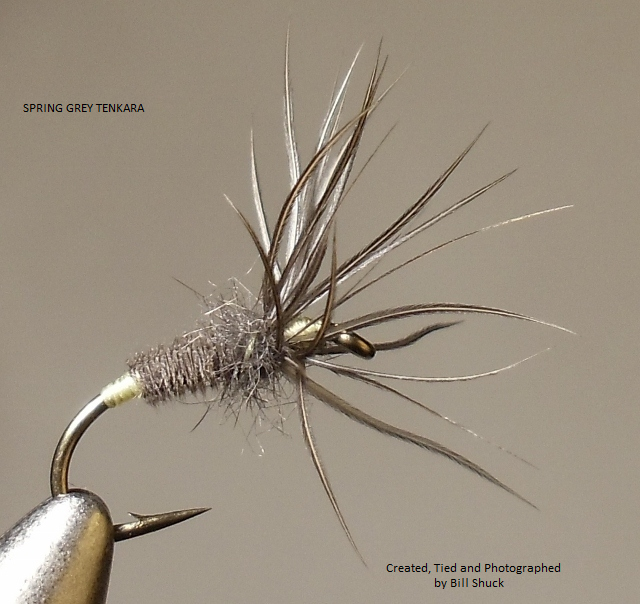 Tom Davis of "Teton Tenkara", which is a wonderful blog by the way. He posted a pattern that I copied and had success with it. Seeing this Tenkara pattern and others that I've tied. A reader of SSR's by the name of Bill Shuck got bit by the Kebari style flies and created this awesome fly. Some of the materials used in the fly are heron, mole, and waterhen. I could see this fly in the lip of a brook trout...