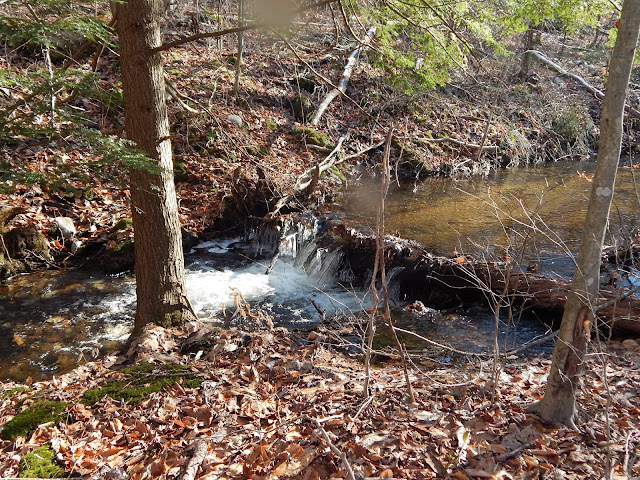 It was more like October than late December as I walked to the stream. Well that might be a slight exaggeration but it sure felt good. Leaving to go fishing somewhat later than normal, meaning 10 am or so means that the waters and air have a chance to rebound after the nigh lows. It's not scientific but some experience has told me that a couple of degrees will determine whether a trout will actively seek food or just sit tight. This day proved that to be correct.

I had several strikes as well as a few hookups in just the first few pools I fished. I observed fish following the fly and striking it just at the surface. 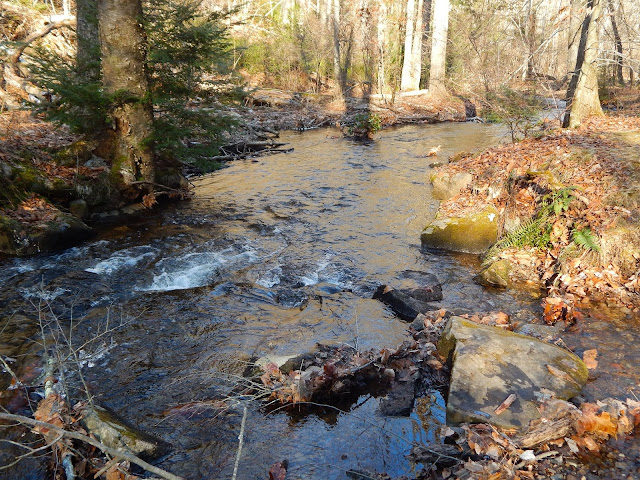 Simply beautiful fishing conditions. Water levels at their prime. This stream is special at this time of year. It is more open with the foliage being non-existent. 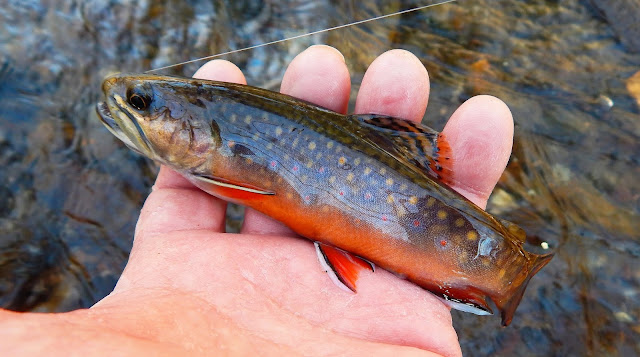 This fellow looked like he had some unfinished business he was dealing with. 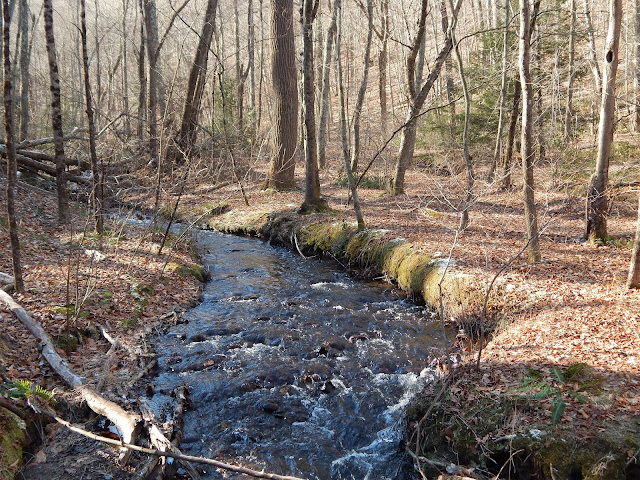 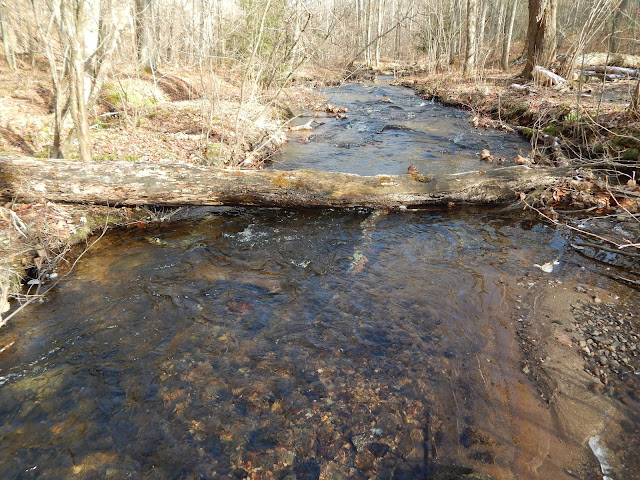 Such places like you are seeing here are to be fished at all costs. You must place a fly close to that soft spot near the log. It is here where to water flows gently and it's a lovely place for a trout to lie. Now I will tell you I did loose a fly here, but it was worth it.

I put on a dry fly for better sight on my part, as well as better control. As the little fly neared the log I witnessed a dark creature rise and take the fly. I did not realize the weight or strength of the trout. He was a battler and he tested all of my skills to get him under control. It took some time but he eventually conceded defeat. When at hand it was then that I realized just how big this fish was, and how strong. As I released him back into the stream I wondered just how remarkable a trout he was. To get to that size in such a stream was so unbelievable.....something else I experienced first hand that day. Trout will take a small dry fly in winter.