Fishing last week took me to a stream that I have not been to since early October. I'm trying to select a stream to fish on New Years Day and this is one on my list. The stream has that special charm, with rock walls, narrow runs and countless hemlock and spruce. Have you ever smelled a spruce forest on a damp morning, it's intoxicating. The stream also has some very tricky gorges. The water that flows through these gorges is deep and runs slow, at times it feels like fishing a pond.

As I walked along I captured some of the more picturesque sights with photos. At one point a grouse flushed and flew a short distance to a tree. I walked to the tree and found it was the wrong one and it flushed behind me never to be seen again. 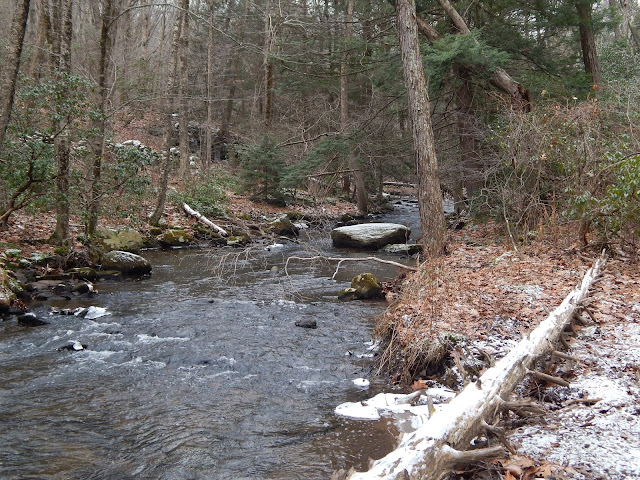 The water in places is quite thin. It flows quietly into deeper pockets. It is in these pockets where the strikes happened. 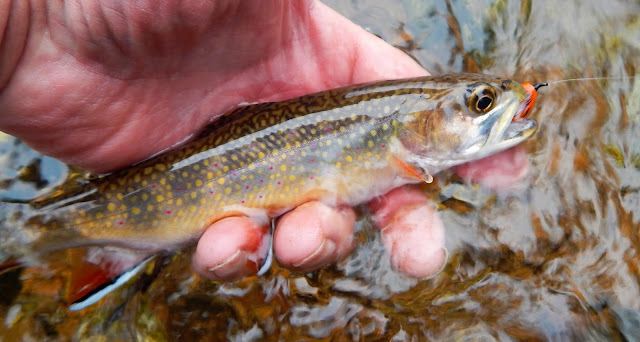 This post spawn female was looking to gain some weight when she took the streamer. 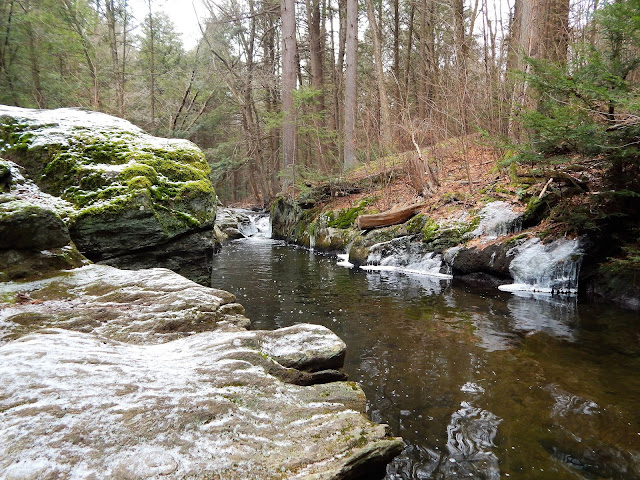 This is one of the gorges on the small stream. Parts of it hole water that is easily 6-8' deep. The water is gin clear and a few brookies were seen holding near the bottom. I tied on a bomber, for a December dry fly fish is needed and I figured this was a good chance to fill that need. A couple of brookies moved up but refused the bomber. Even as the fly sunk there still was not any interest. So I went back to the streamer. I cast upstream to the big rock on the left. As the current brought the fly near the undercut rock a fish hit. 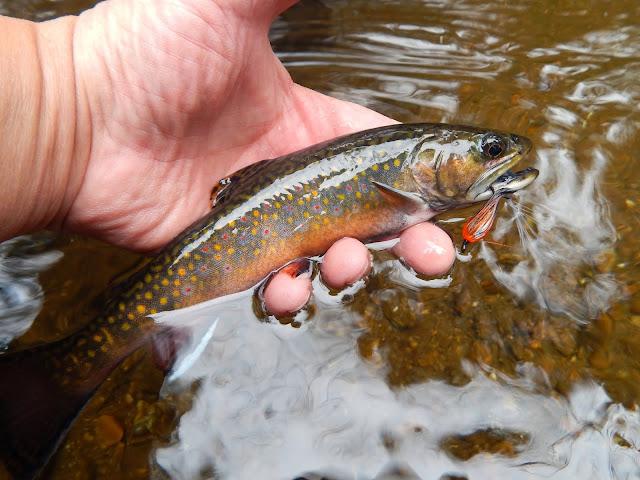 Several nice runs and a few bottom hugging bull dog tugs and this beautiful wild jewel was at hand. 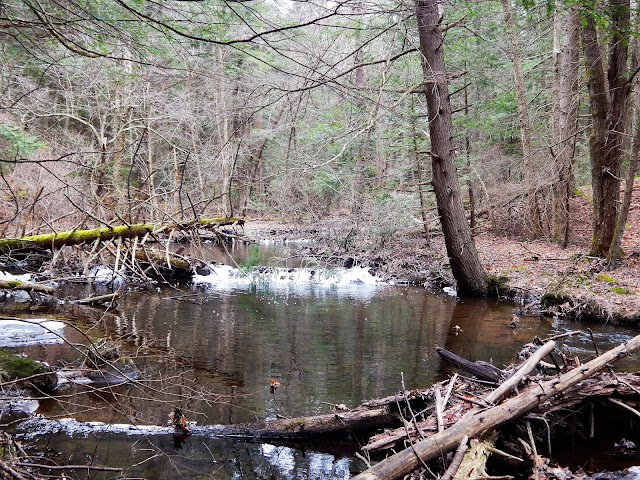 I continued upstream for a hour or so, covering lots of beautiful water. A few more brookies were taken, most in slower water. Those streamers are a bit heavy. The 5' glass rod was having some difficulty in getting the fly out there. I chose to fish my St. Croix Avid. It's a 6' 3wt and it handled the streamer just fine.