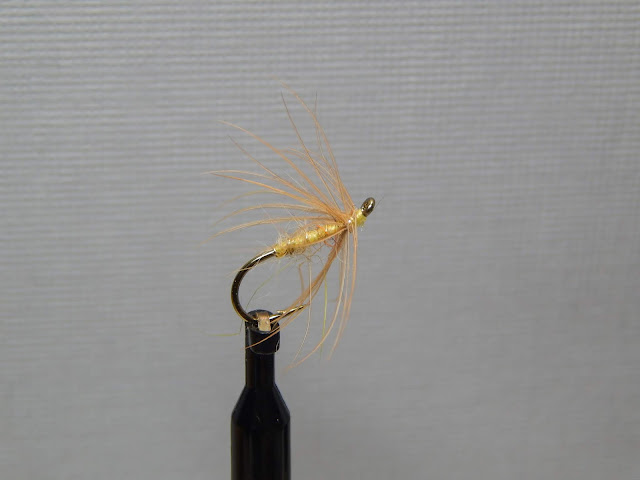 The North Country spider. They are a fascinating group of flies. Their basic structure and material are the epitome of simplicity. I love tying and fishing these flies. The thrill of catching a trout on a fly that was created 150 years ago is beyond words. One of the problems is some of the materials used to tie these spiders is no longer available or the price for them is so expensive. In Robert L Smith's book he lists feathers used in construction of North Country spiders along with photos. He also lists alternative feathers which can be substituted. These substitutes are in many instances what I use.

Published photos of North Country spiders also show a wide variance both in color of the fly as ell as the materials. Some of the issues I find are in the color of the silk thread used. For instance yellow Gossamer silk waxed or not can show a vast difference in body color. Does this make a difference to the fish, I don't know, but apparently it may have for the originators of the spider patterns make special mention of it in their notes. The pattern selected here is the Hare's Lug and Plover. I used the photo from Robert L. Smith's book the North Country Fly. It is on page 174 and shows the fly as it should be tied. In my tying of this fly all of the materials are as the pattern calls for with exception of the hackle. Plover is available but expensive and hard to get. So looking at Smith's photo I tried several hackles which I have to create this North Country classic. The first fly is tied with hare's lug dubbing, a fine gold wire and the hackle is a feather from a woodcock. 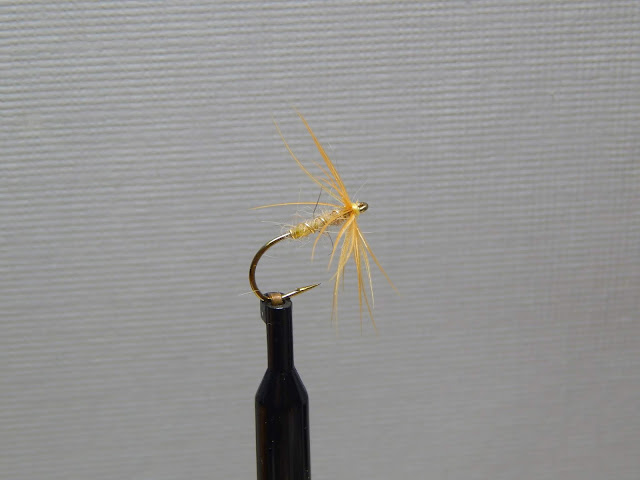 The second fly is the same dubbed body and gold wire. The hackle feather is from a dyed hen patch. 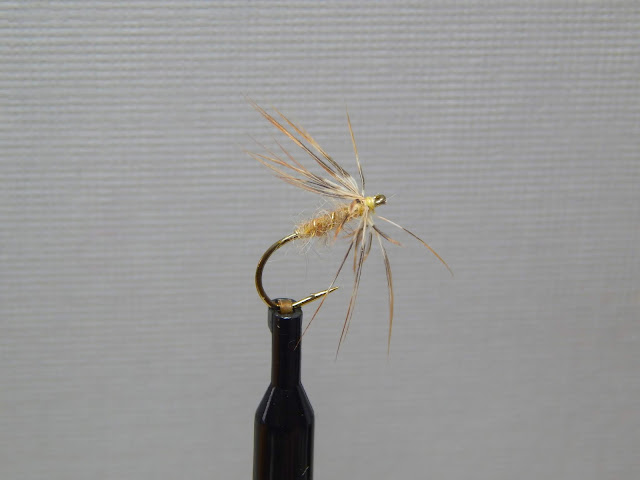 The third spider is the same body and gold ribbing. The hackle feather is from a hen pheasant.