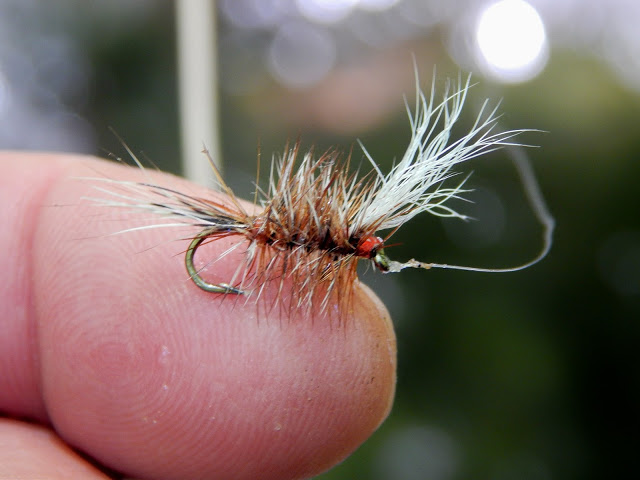 Anyone who has been reading this blog, or those who have fished with me know how much I respect the Ausable Bomber. Ever since I made a stop at Fran Betters shop many years ago and purchased a few of these flies they have been a part of my fly fishing life. Over the years they have produced more fish, trout, bass, and panfish than any fly I have used. In my opinion the "Bomber" is the greatest small stream brook trout fly ever. From Maine to Virginia brookies have fell to this fly. In every month of the year I have taken brookies on this fly. I can't know what was in Fran's mind when he came up with this fly, but I'm so happy he did.

A fellow from the United Kingdom who's name is Alistair tied up some of these "Bomber's"...he gave them the name "Yorkshire Bombers"...I have been fishing these flies for awhile and guess what, Connecticut brookies like them. 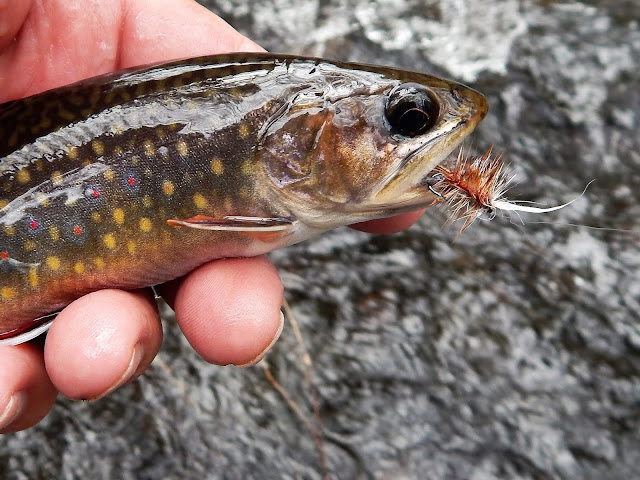 My friend from Massachusetts gave me his version of a "Bomber" back in February when I met him at Red Brook. Geoff Klane did not name the fly but I did...I call it the "Lowell Bomber" So my friends this fly now has international interest as well as interest here in New England...by the way I sent some of the Bombers to a fly fisher in Japan. The Yamame approved of them also.