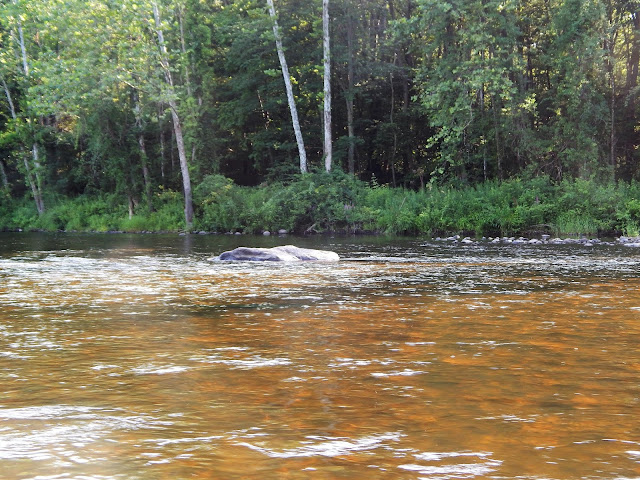 I spent a few hours yesterday morning fishing the Farmington river. The river is perfect for most but I still would like to see it little slower. I had taken am old buddy with me to fish this day. That buddy was my old Orvis Superfine 7' 5wt. It has been a long time since I last fished this rod and it felt good. The rod worked as I had remembered, in fact it was like the day I got it from Orvis about 30 years ago. It needs a new line though.

The sun was bright but the fish were still playful. I started fishing soft-hackles and it did not take long for the first hook-up. The fish was a fighter with skills and promptly gave me my fly back and resumed it's position in the river. I also had the pleasure of hooking several salmon parr. These little fellows know what "airborne" means. Moving about I hooked and further downstream I saw a fish rise. My cast was made just upstream and as the fly started to drop below the surface the fish took it. From the initial pull it felt pretty big. I won't detail the fight but as you will see my first thought proved to be right. 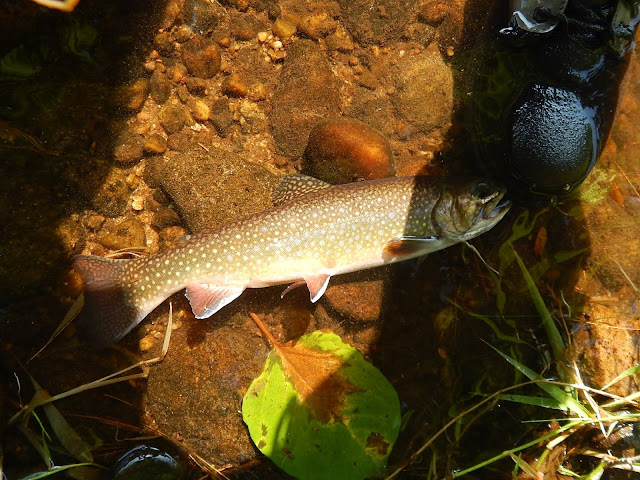 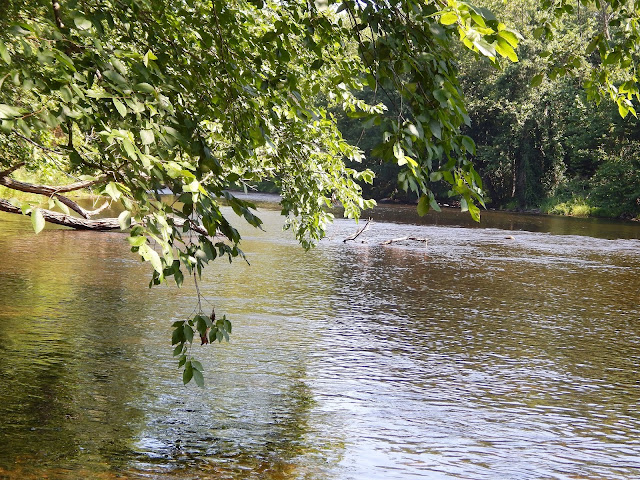 In this section I saw several dimples on the surface. Mind said the fish are either taking emergers or feeding on spinners. So I looked into the fly box and chose a #10 bomber. 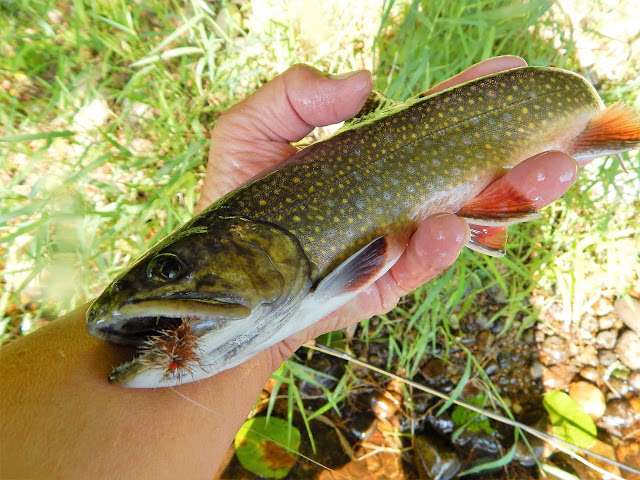 This guy rose and took that big bomber...man did he fight. Bigger brook trout seem to handle a fight pretty much the same way. They head for the bottom and and bull-dog you and this guy was the epitome of that. 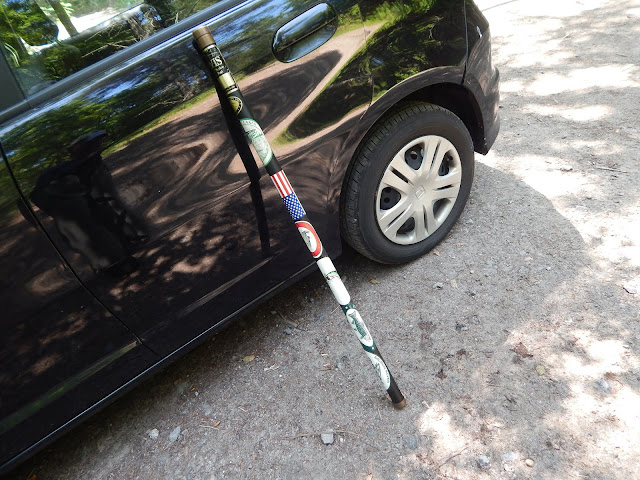