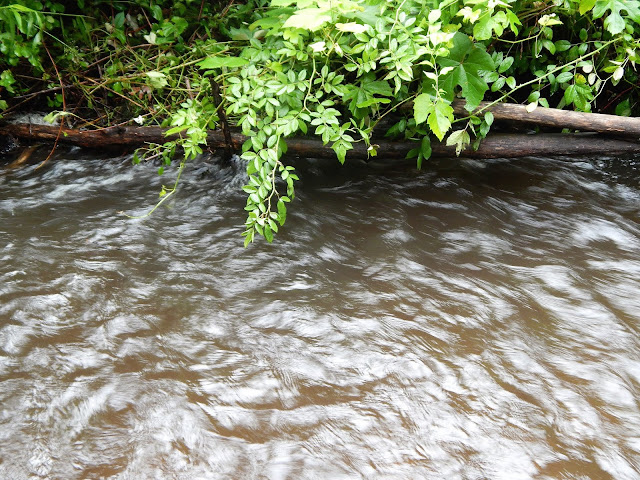 One morning last week or maybe it was the week before, I'm not sure for certain. We had a pretty heavy rainstorm in the early hours of that day. Now most folks know how fast a small stream can come up during such times and how they can come down quickly. So with that thought in mind I set out to fish a little stream that I just knew would benefit from a surge of rain. Fast and deep flows will move fish around and that thought was first in my mind. As I pulled into the cutoff to park my car I could hear the stream. The dirt pull-off was real muddy with a few big puddles. It looked like the rain had just stopped. I got geared up and headed to the stream where I saw a fast moving stream of "chocolate" milk. I was expecting the stream to be this bad, like I said they usually clear pretty fast, not so today. Well Alan make the best of it. 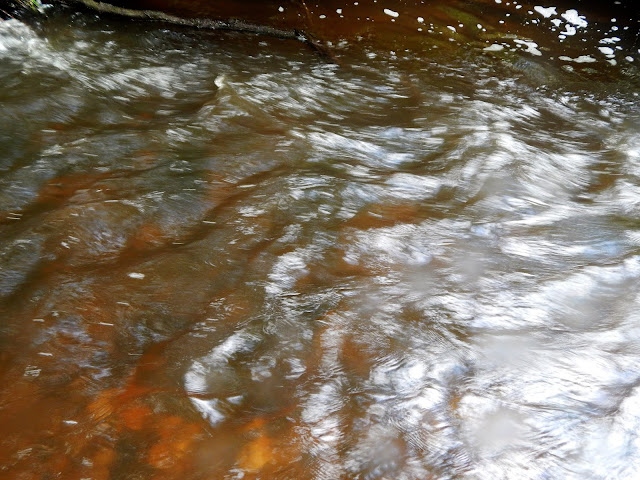 I tried several flies of various styles and colors with no interest shown. So an article I read a long time ago in either Outdoor Life or Field and Stream came to mind. The author talked of fishing a very off colored stream. As it began to clear ever so slightly he said "it's time to fish"..the fly he selected was a Leadwing Coachman. A dark fly. Looking into my box a did not have a Leadwing Coachman but I did have a black fly. I tied it on and cast it out. On my retrieve I took a hit. That was the start of a good day with that black fly. 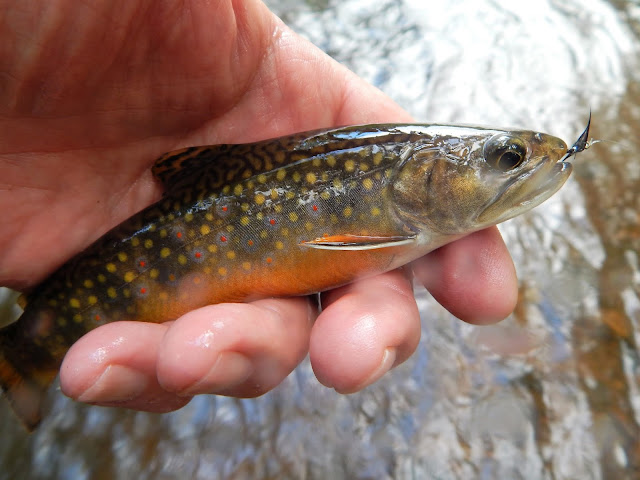 Most takes were just as the fly was being lifted near the surface. 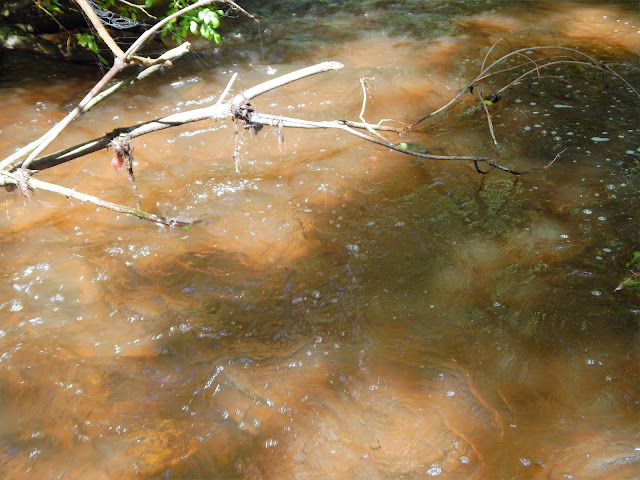 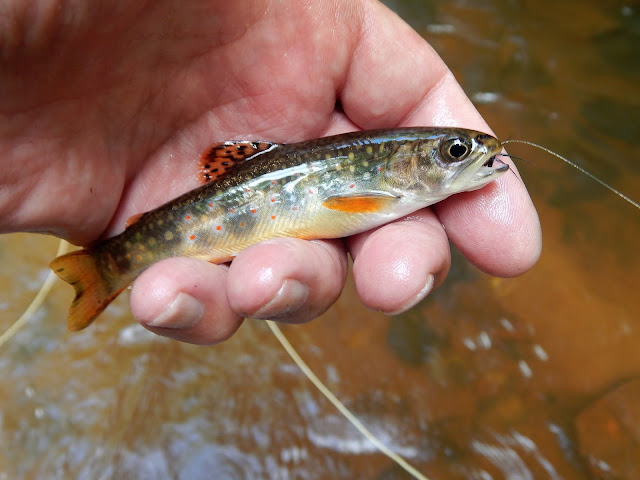 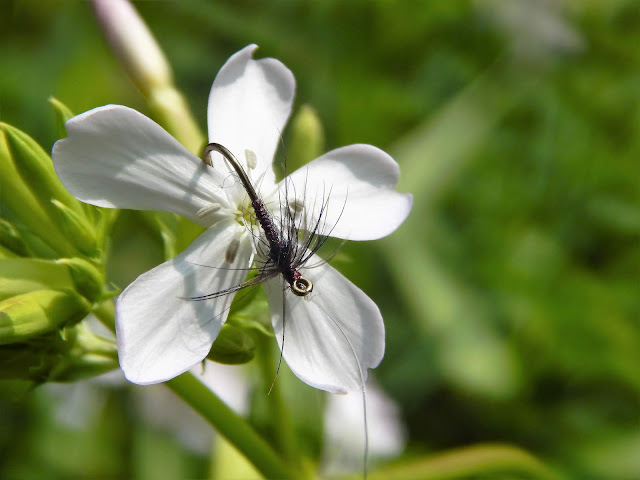 I was right on the rain moving fish around. Several were caught where I have not caught them before....It rained substantially yesterday afternoon and last night?