I Don't Know Why I Don't Fish Here More Often 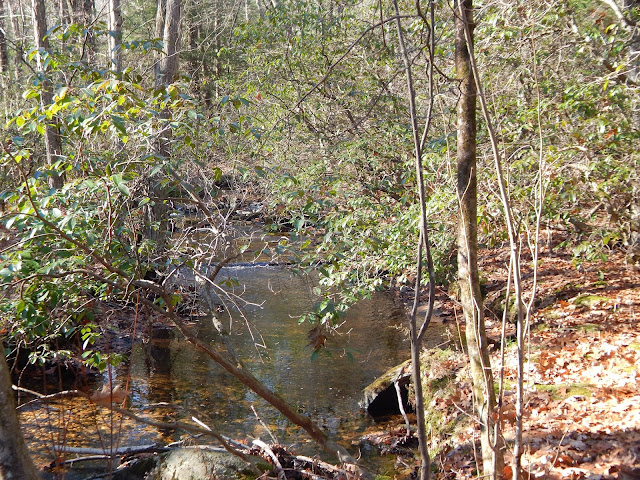 Last week when we had a day or two with some wonderful weather I decided to fish a stream that I've not fished in over a year. When you first see the stream it's flowing through some thick laurel, a pain to fish in such places. But a fifty or so yards upstream it opens up and is an absolute joy to fish. The stream is a series of riffles and pools, some of which are quite deep. 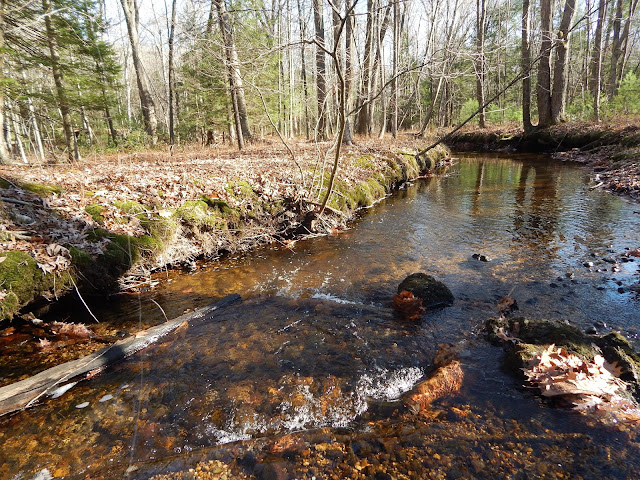 As you can see certain areas have some high banks. Along with being high they are also quite deep and have those lovely undercuts. 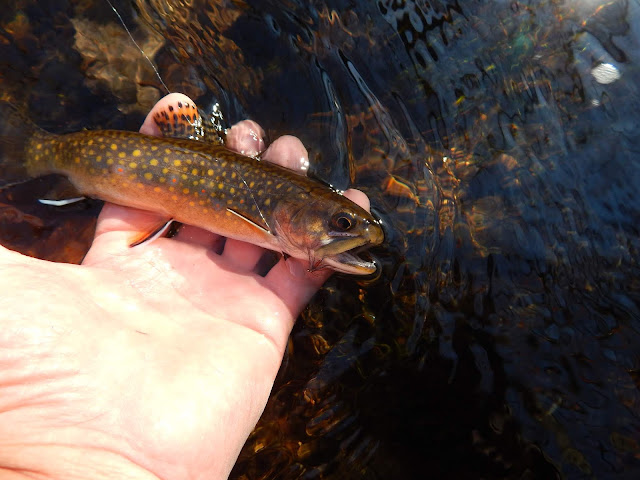 A typical brook trout from this stream. They are in prime condition. 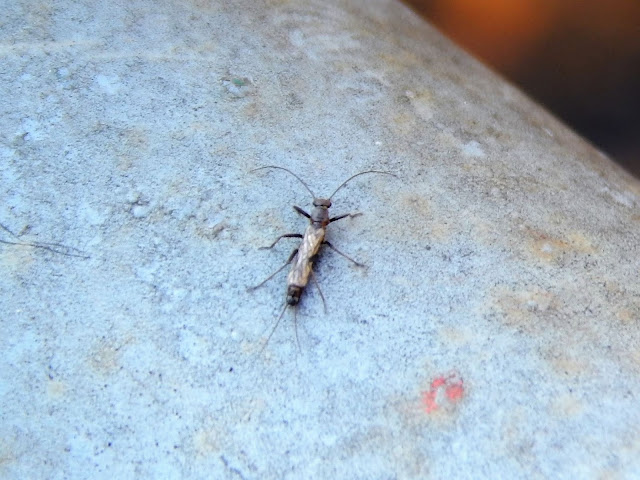 There were quite a few of these guys about. How they manage to get on my neck is a mystery. 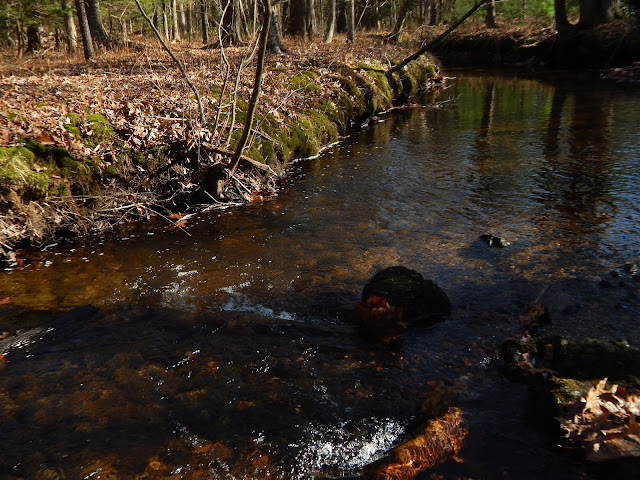 There was one hell of a root ball near the bank. A drift of the fly drew a flash of orange, which quickly vanished. Several more drifts and a connection was made. The fish was strong and almost took me into that root bank. Finally I persuaded it to come to me. 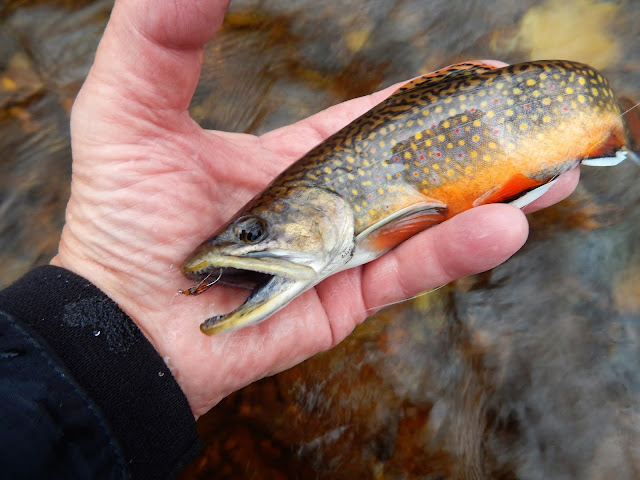 As I lifted him I could tell he was the boss of the area. 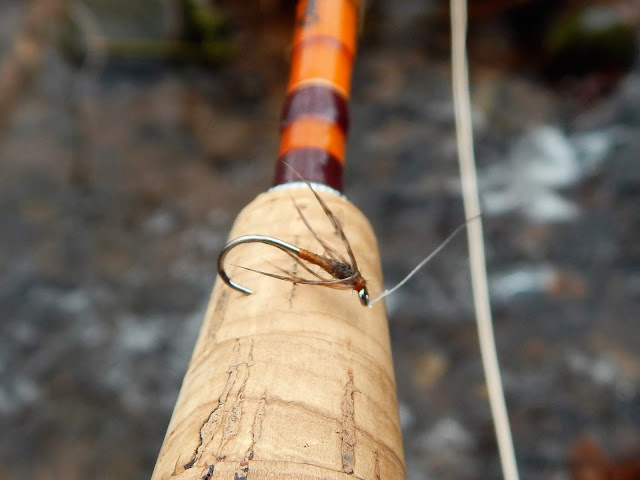 Now could you list the reasons why I don't fish here more often?