The Day Before Thanksgiving. Are There Wolves In Connecticut? 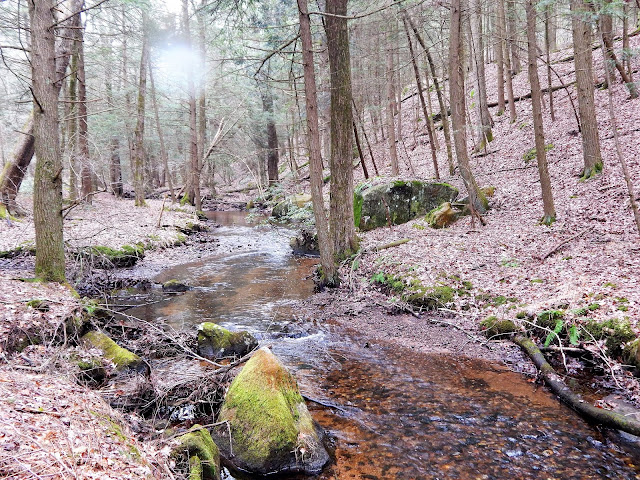 Wednesday, the day before Thanksgiving I found myself fishing a stream I had not visited in a long time. I wrote about it a couple of years ago. The stream flows through lots of private land and a couple of issues with a few landowners made for some interesting conversations. I'm glad that I received permission to access the stream. It is not like other streams I fish in the sense that I never know where the brookies will be found. They move quite a lot on this stream which I can't figure out why. But this day was a good one as far as weather issues. While not sunny it was still bright. Temperatures in the mid forties and not a breeze. The stream was in great shape and many of the pools were deep in places. 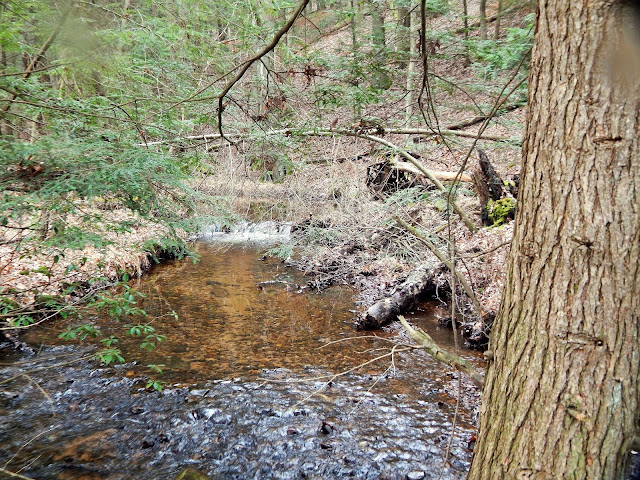 Places like this held brookies in the tail section. 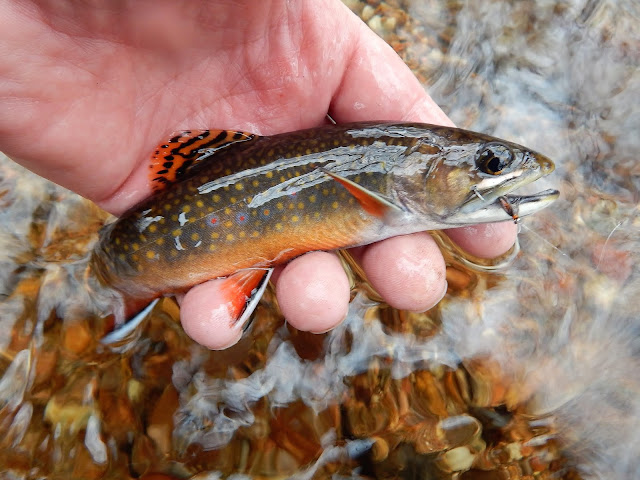 I did catch this one despite scarring the rest of his mates. 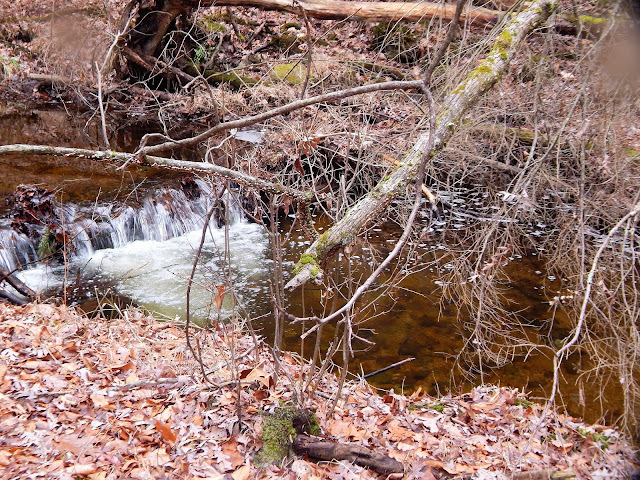 A very nice plunge pool. These places hold nice fish. This one had an awful amount of twigs and branches within it. Usually I just pass by and let it be, but today I stopped and did a little house cleaning. Three or four branches pulled and that made all the difference. Obviously I could not fish it then so I moved on upstream for an hour or so. More active brook trout, and quite a few of them slipped off the hook. On my way back I stopped to fish that plunge pool. Several casts and no response. I think it was the fifth one when the fish struck. It went berserk. Airborne and a zigzag like a jet avoiding a missile. I finally got control. 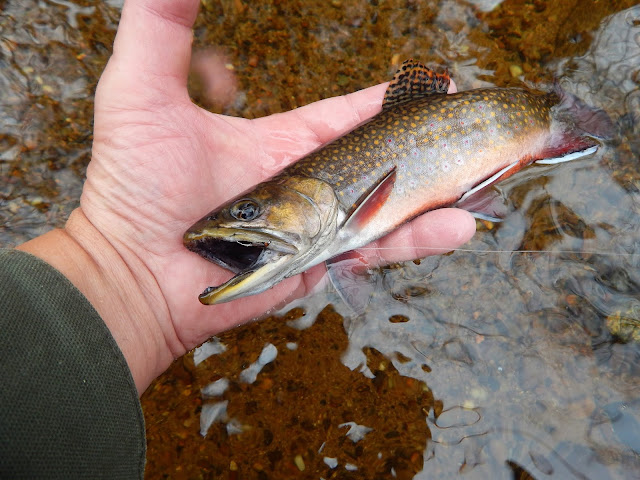 I don't know if he was in the pool before I cleaned it out a bit but if so I'm glad he returned.