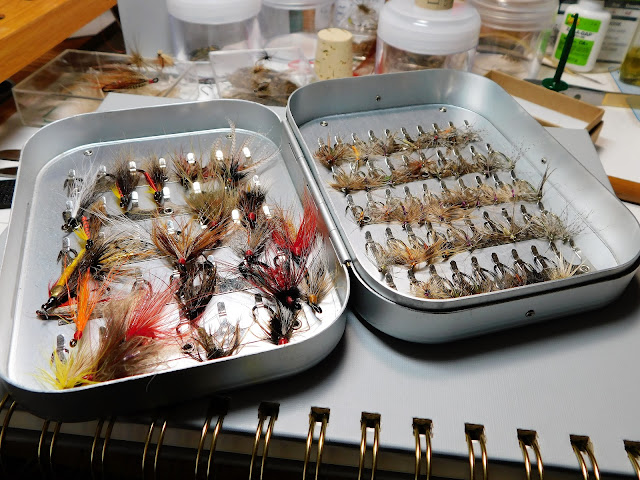 Several years ago I was gifted a Wheatley fly box for Christmas. It's made of aluminum and has metal clips to hold various sizes of flies. I use the box to carry wet flies, spiders, flymphs and small streamers. The metal clips hold the flies very well and I have not noticed any damage to the hackles or any rust. The box being aluminum it is quite strong, and even though I have dropped it several times there is not a dent on it. Another feature of this box is that it has holes in various places which allows for the drying of the flies after use. The box holds about 80 flies which is more than ample even on streams with the most selective of trout. The box fits nicely in any shirt pocket as well as my small pack.

What I'm most happy about the Wheatley is the fact that it will someday be passed along to one of my family members. A heirloom that no one can fix a price on. The stories that may be told of the flies, fishing and places the Wheatley has been will be cherished by those who will hold the Wheatley. 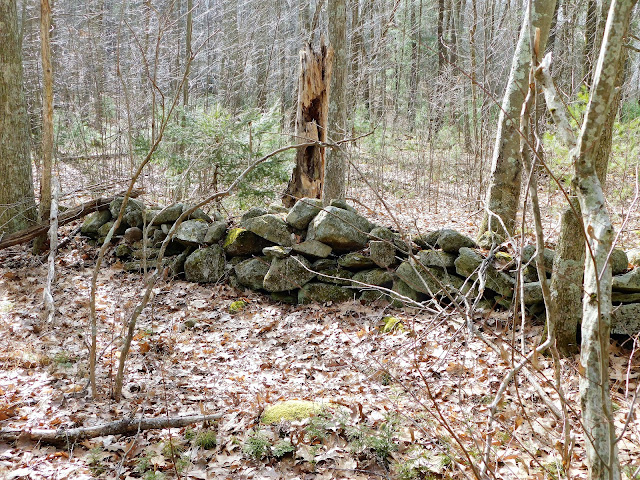 I received an email yesterday from a reader. And I thought I'd express what I feel. The thought was that rock walls were safer than old rusty barbed wire. I believe his words were "barbed wire just rusts" but "stone walls age with character"....this stone wall runs along side of a stream I frequent. I often will sit here and just let my mind wander. No particulars just let it happen. Fifteen minutes of quiet and the world is a better place....what say you.