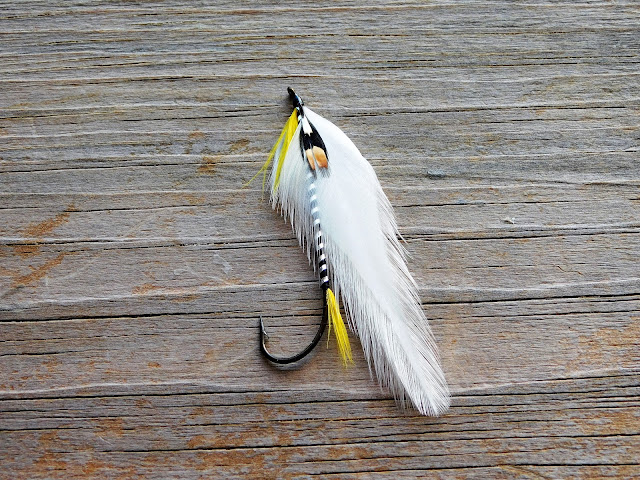 The Black Ghost a streamer fly created by Herb Welch of Haine's Landing, Maine in 1927. It was tied that year at the Boston Sportsmen's Show by Nellie Newton of Portland Maine. From what I have read the first fish caught on the Black Ghost was a five and a half pound brook trout. It was taken in the Songo River, Sebago Lake in Maine. The angler was Mr. Merritt from Connecticut.

Since that time the Black Ghost has been fished worldwide. It has taken trout and Atlantic salmon as well as bass. The streamer is tied in a couple of variations. One of them is a bucktail, the other a marabou version. The fly above is tied as a featherwing which is the original way Herb Welch had it tied. 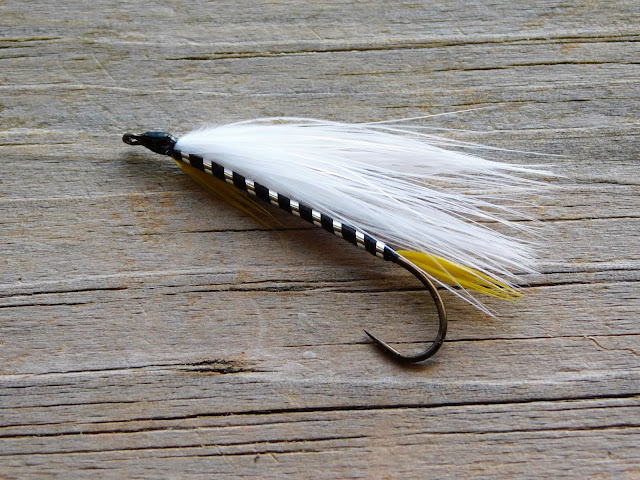 This is a marabou Black Ghost. I tie this fly and fish it often. I actually prefer it to the featherwing version. Marabou has so much movement in the water and as a casting streamer is far better. 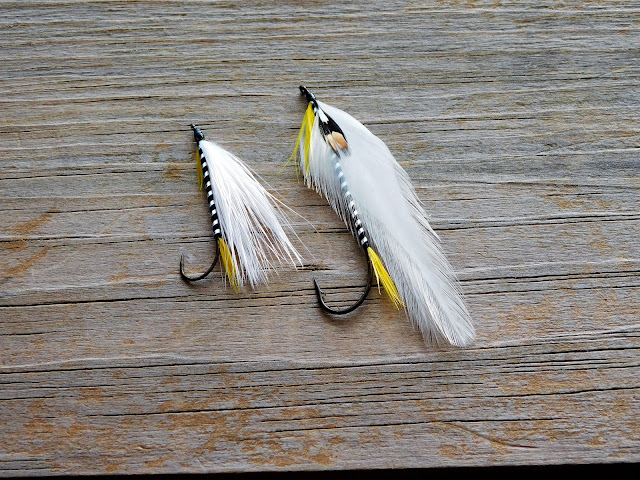 Here they are side by side. The marabou is a shorter fly and the featherwing much longer. The featherwing makes a fine trolling fly and is used often on the lakes and ponds. It is also tied in a tandem style. 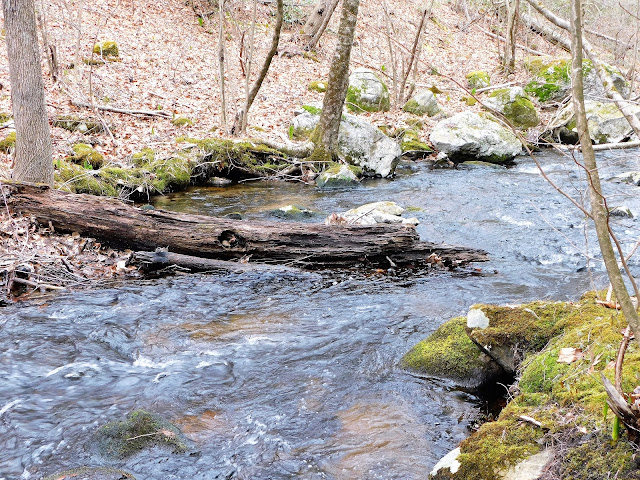 Where ever have you seen this photo? A few posts back I told you of my experience fishing it. Aside from the recent post I fished this stream years ago. It was late December. There was ice formed along the banks and the stream had narrowed. I had a Black Ghost marabou tied on. The fly was dropped into the stream and was pulled under the shelf ice. The line went tight and a fish was on. The fight was impressive in that tight stream. Moments later a beautiful male brook trout was at hand. He did not stay on for long and was back in the stream in seconds....this was the time before I carried a camera. He is still etched in my mind.