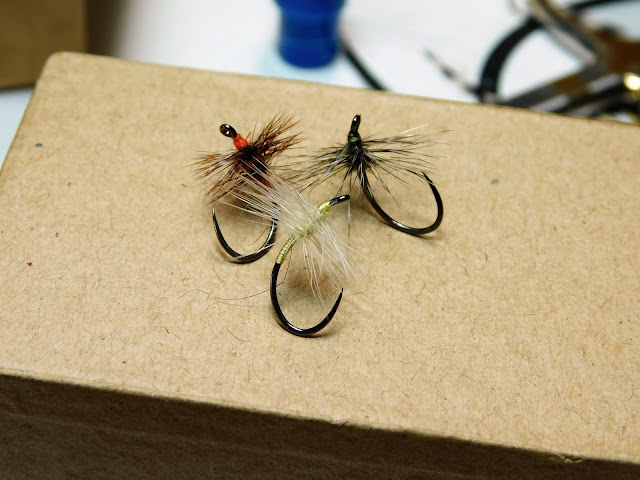 Here are three versatile flies that have been working quite well for me as of late. They consist of silk thread bodies, double dubbed thorax, and hackle. The fly is tied so that it is equally effective as a dry fly or a wet fly. 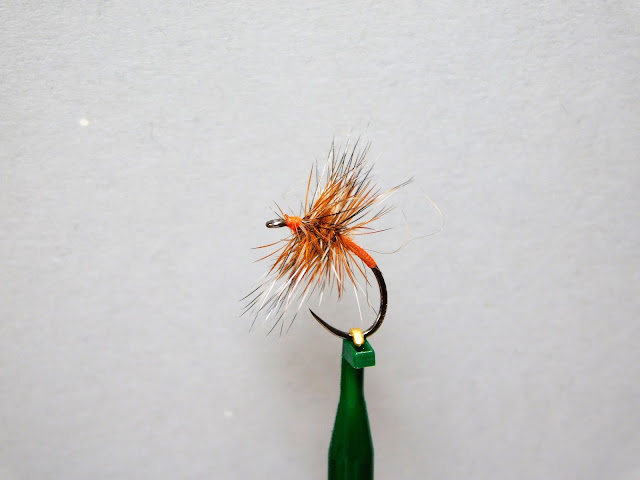 It is amazing how the hackles move in the water. The hackle used is somewhat stiff, not as stiff as a genetic rooster hackle and not as soft as hen or game bird hackles. 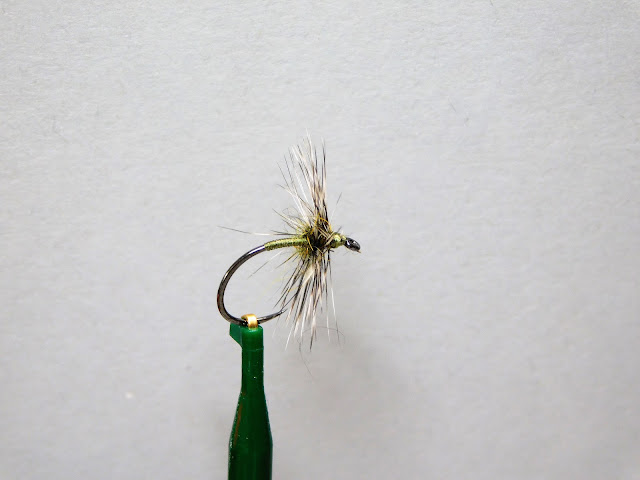 The fly is dubbed and then the hackle tied in. A second dubbing is applied and the hackle is wound and tied off. 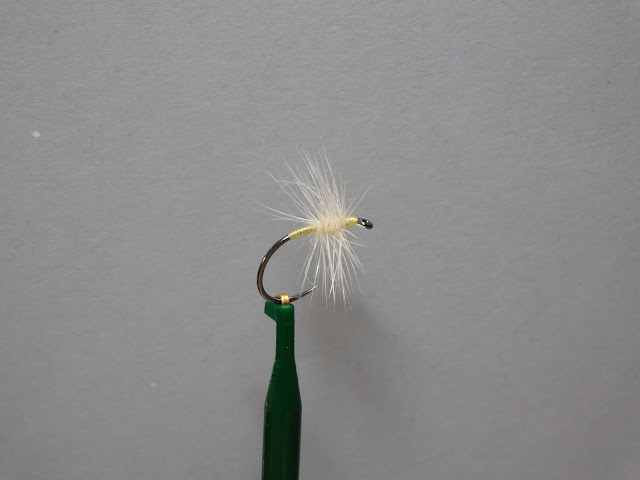 Although I have seen very few of these light Cahills about the streams I fish this fly is still producing.