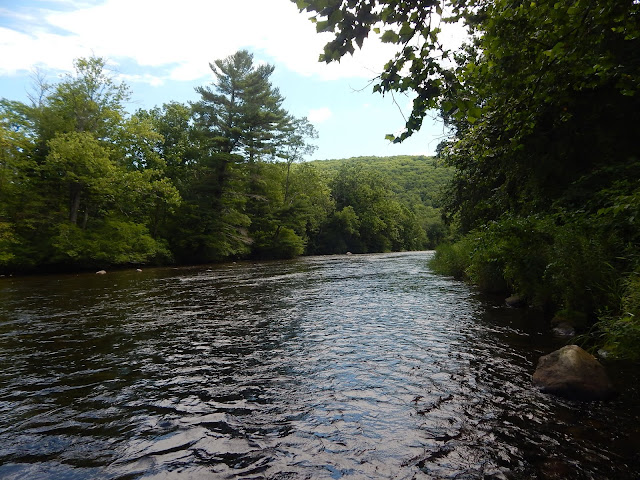 My first visit to the Farmington river happened last week. It had been a long time coming and with the lack of rain in the area it was now time to give the big river a try. I did not get to the the river very early, choosing to arrive about 10. The sky was a half and half mix and the air temperature was in the eighties. I expected to find the river with lots of anglers but I was surprised to see it was actually quite sparse. The river is probably just right as most anglers would agree, for me it was somewhat high. Fishing small streams can put a different perspective on high and low water flow. I gazed at the river while putting on my waders and tossed around in my head just what fly I was going to start off with. A streamer, or a soft-hackle, well the streamer was chosen. 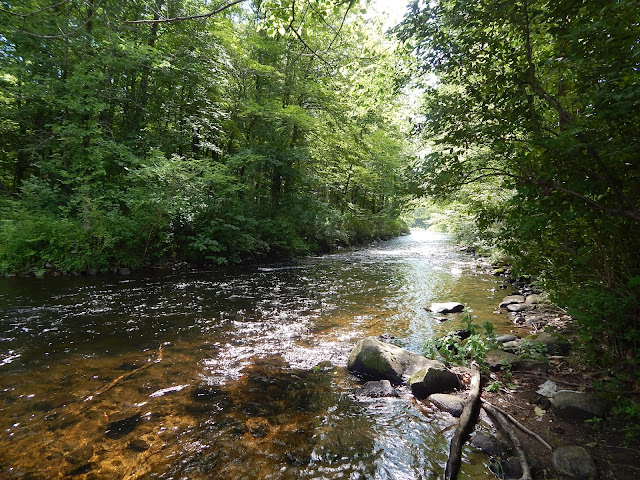 The first spot was not friendly so off I went to a "side channel" and switched flies to a soft hackle. It was not long before I had my first Farmington river trout of this year. 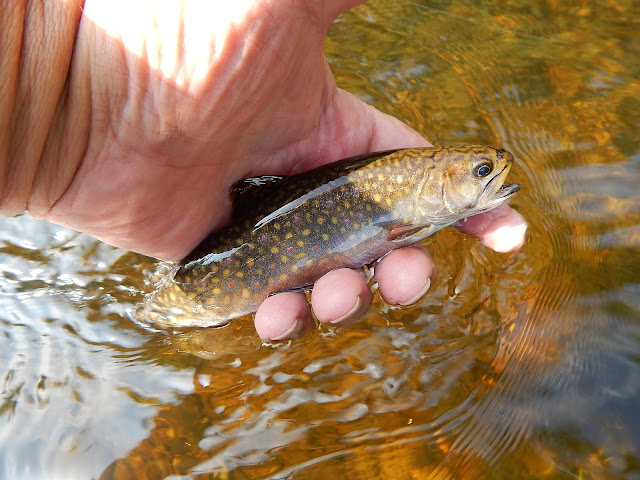 A wild brookie took the soft hackle right where I thought he would be. That "side channel" produced several more brookies. 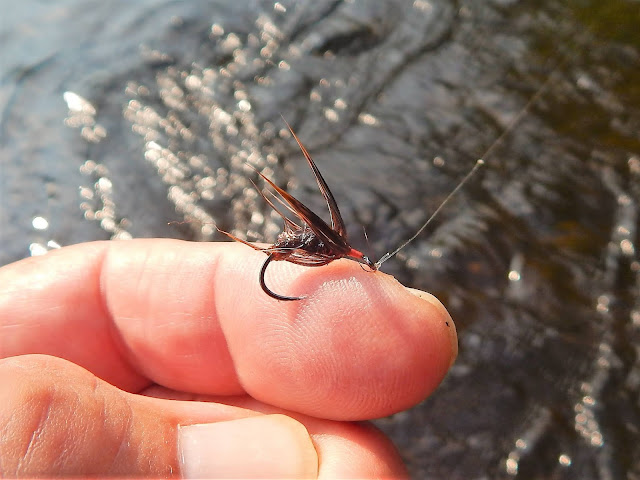 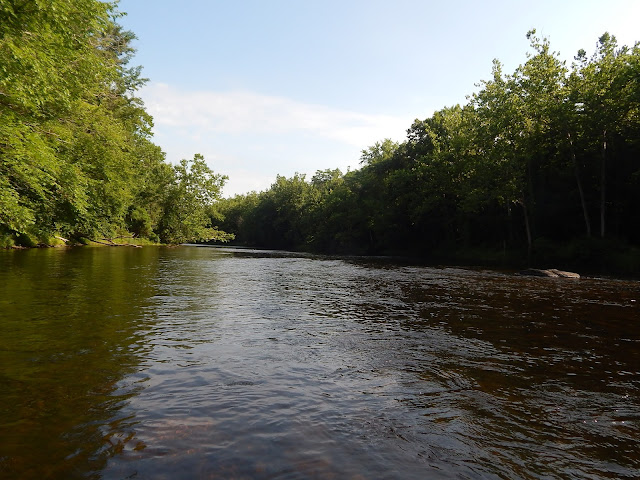 Moving back to the deeper area I found some nice settled water. Although the flow was strong the surface was smooth. I could see rising fish and I went after them. A mix of rainbows and browns. 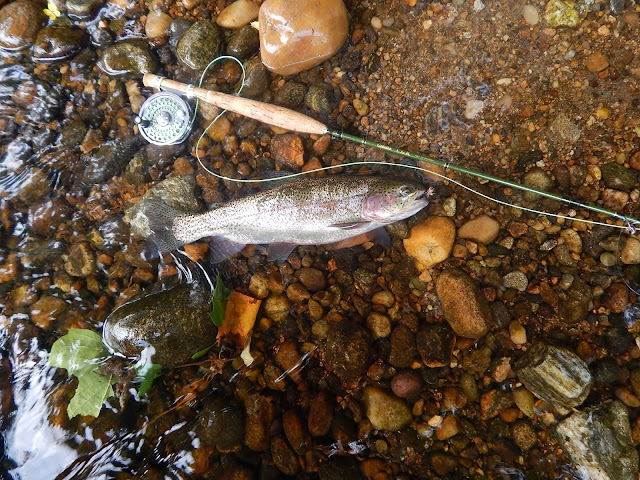 This rainbow was quite nice. It was a stocked fish, but it might have been a hold over. It's fins were in beautiful shape as was the tail. The fish took a parachute Adams. 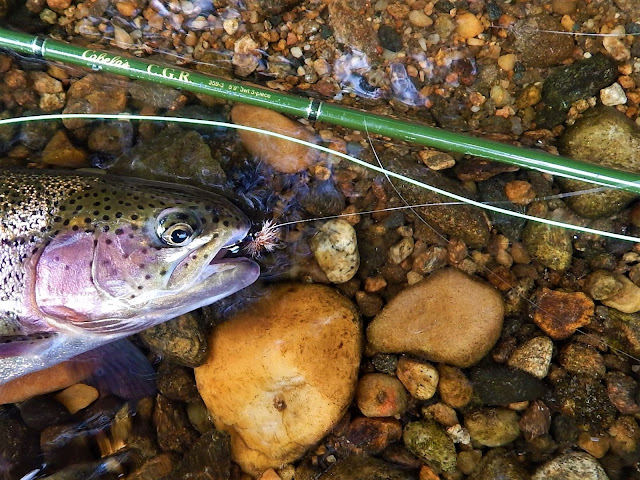 Bill P. you see that rod. It's a great small stream rod but it can also handle big water fish. I'll bet your really glad you purchased one.