Now that's a fine way to break the still of a morning..... 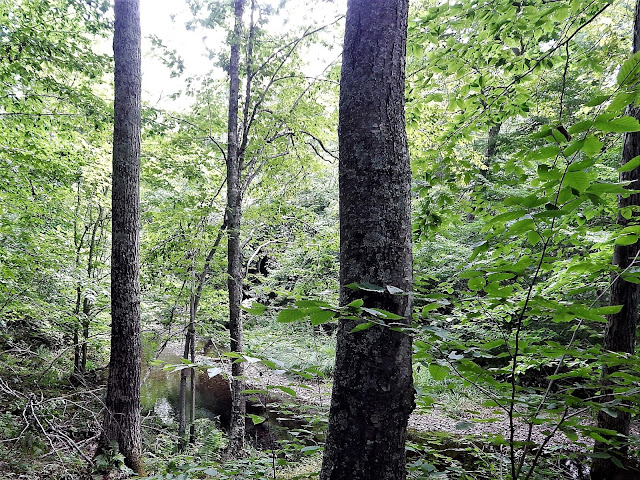 It was a still morning as I approached a long slick pool. There was a heavy riffle leading into it, and it is that riffle that I hoped I'd find a willing trout. I worked my way to a point above the riffle and positioned myself to make my casts so as to be able to cover the complete riffle. I had made several casts and did not find any takers. So I worked my way towards the pool. Most times there will be at least one brookie within the confines of such a pool but on a day like this I guessed there might be several. The fly I had on was a large dry fly, lot's of deer hair, a substantial meal. The draw back would be in the noise that would be made when it was cast upon the quiet pool. Well what the heck, let it rip I said. The fly landed on the water and began a slow slow drift. At one point it seemed the line had gotten in front of the fly. Twitching the fly and tightening the line I got it corrected. The fly remained motionless for a few moments and suddenly the pool exploded. I have seen many a rise but not like this. The fish was on and it ran me into every tight spot in that pool. I did not know what I had on, the stream has both brookies and browns. After several runs including one right at me I finally saw the trout, it was a brookie. 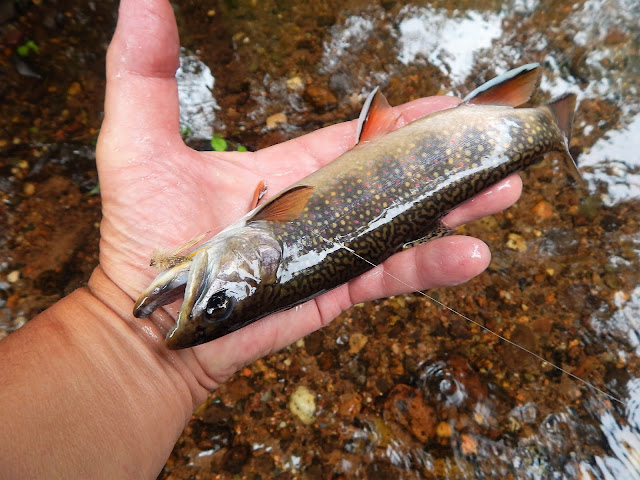 As I lay my hand in the water and gently lifted him out of the water to take a photo he made a bolt to freedom. The fly held and I was able to capture him for a second chance. The photo taken , the fly removed and off into the dark pool he swam. 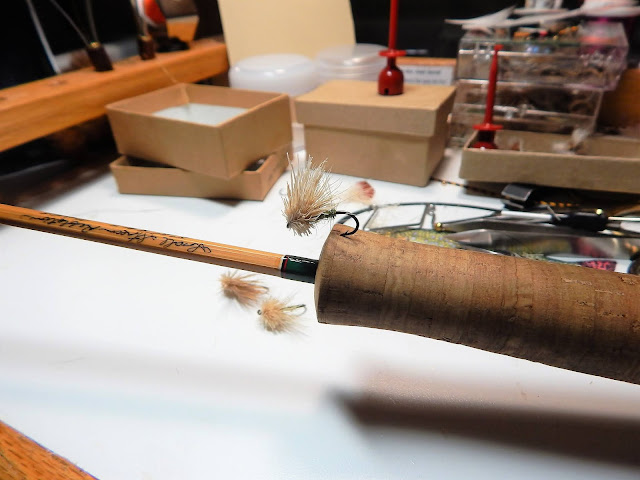