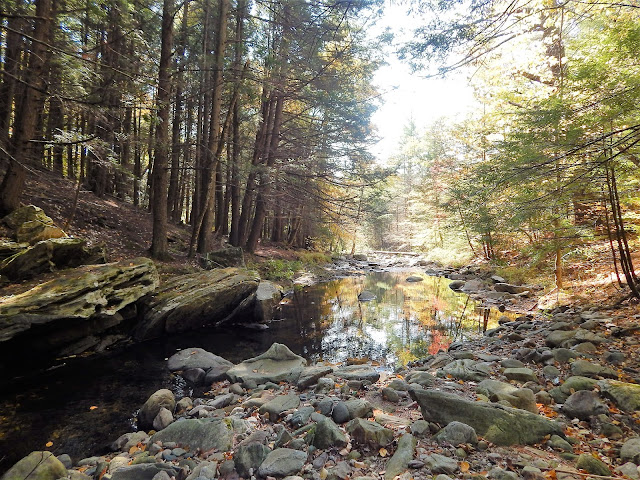 Looking into a quiet pool of a stream. The trees of autumn reflecting as if an artist was at work. This is a look into what a day as such can mean to all who give it a try. The morning was cool on this Farmington river tributary. The sun made it's debut and with it's angle now gave the term "shadow" a new meaning. Although very bright there were many dark places within the stream. The rocks along the edge the stream glistened as if they were ice covered and though they were not they still required careful stepping for they were slick. Slippery rocks are natures way of slowing down a small stream angler so as to allow him to take in all the beauty that surrounds him.

In a pool like this you could choose a dry fly or a wet fly and be able to fish them both with equal success. The wet fly would probably bring you more activity where as the dry fly would bring you an explosive surface take. 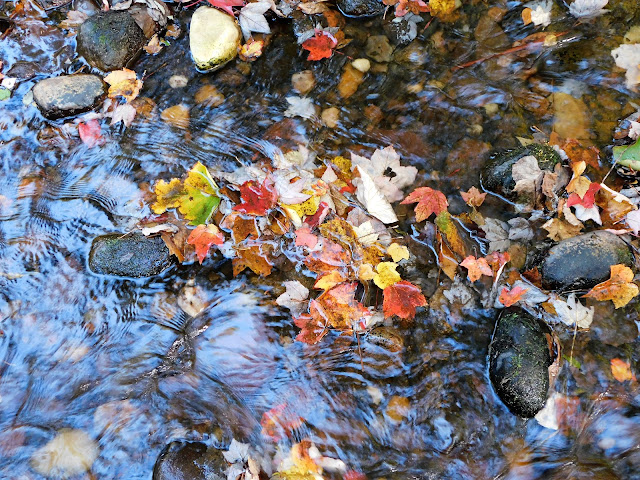 A mini leaf jam. These are common this time of year and each one seems more beautiful then the next. 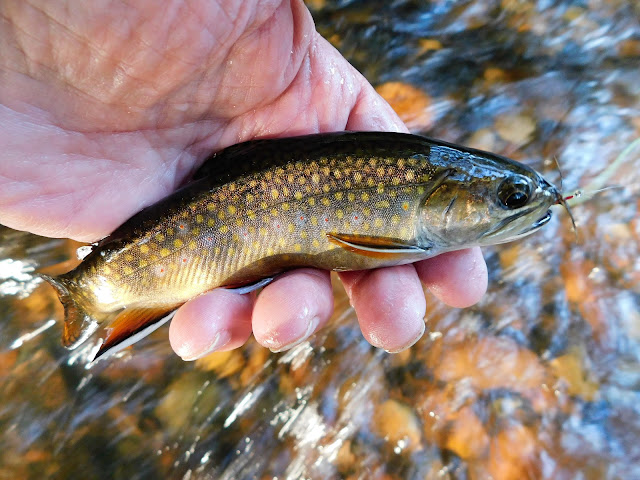 A brookie that took a soft hackle. 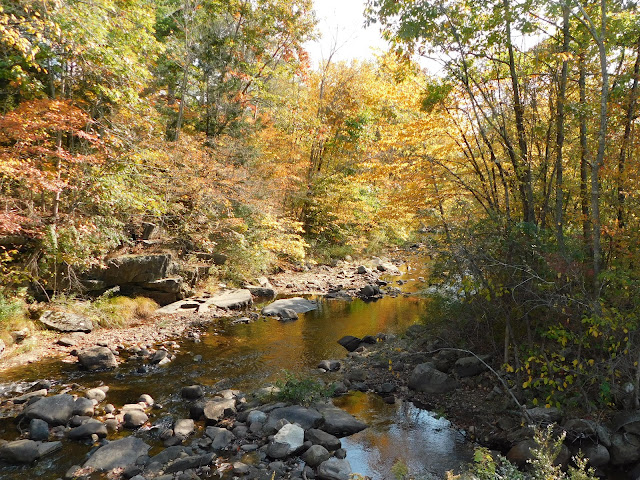 The fast water where it enters the pool is always a great place to fish. This day I chose to tie on a bright yellow dry fly. After several casts the fly was taken with a splashy rise. 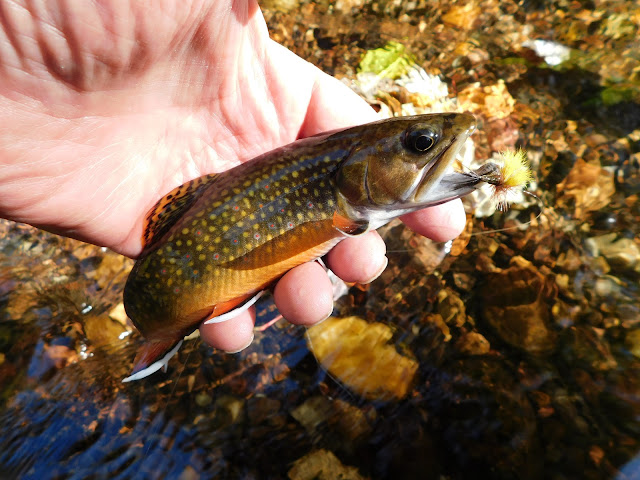 This male could not resist the dry fly. It is now mid October, only a short time remains in this "glorious season".....