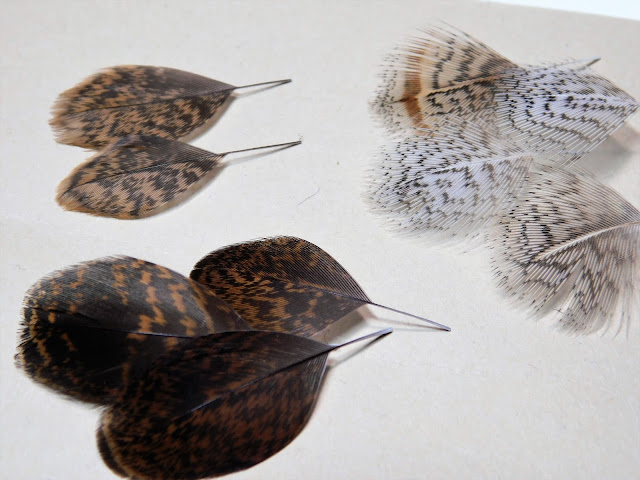 In the craft of tying soft hackle flies one of the alternative types of feathers to use is the game bird. And in the selection of these feathers are the feathers that have a mottled effect which give what I believe  that added life look. The photo above shows several types of feathers from different game birds. The top left shows the woodcock. It's soft brown color and super natural movement in water make it one of the best feather choices for soft hackle flies.  The feathers right below are those of a Grouse. These feathers are a deep brown to almost red. The feathers at top right are partridge. You can see distinct colors in the feathers which were all taken from the same bird. There a dark and light feathers. The partridge is probably the best know feather used in soft hackle patterns. Below are a few soft hackle flies tied with the various feathers above. They all feature a orange silk thread body with natural hare dubbing. 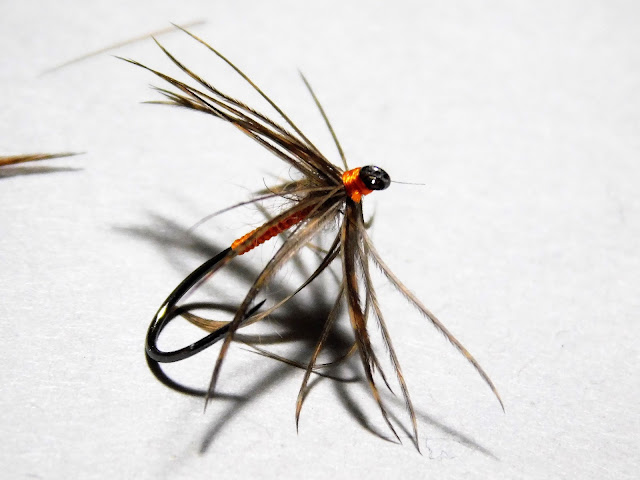 The Orange and Woodcock 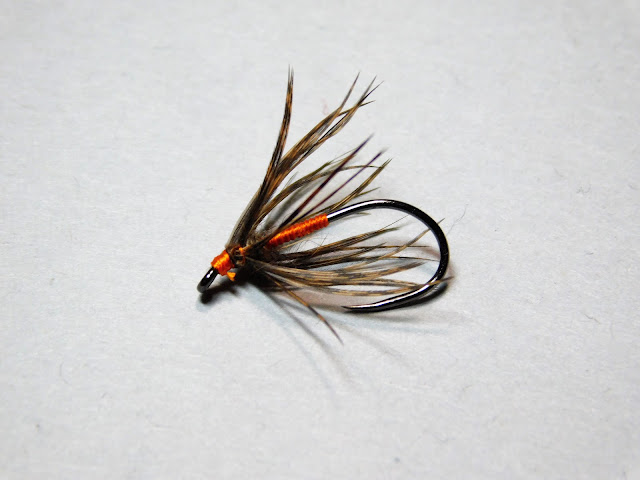 The Grouse and Orange 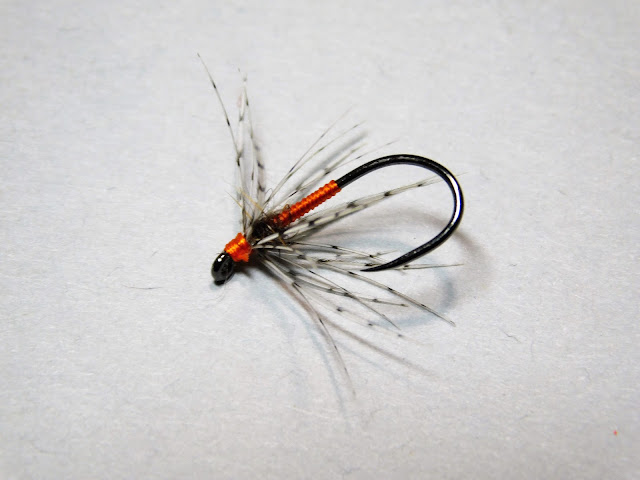 The Partridge and Orange using a gray shoulder feather. 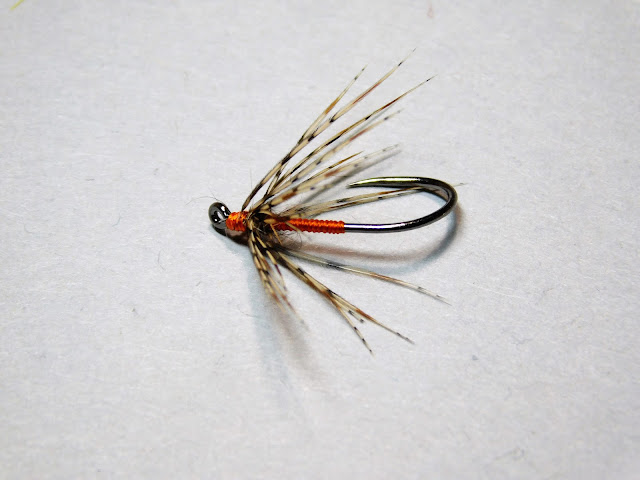 The Partridge and Orange using a brown feather from the back of the bird.