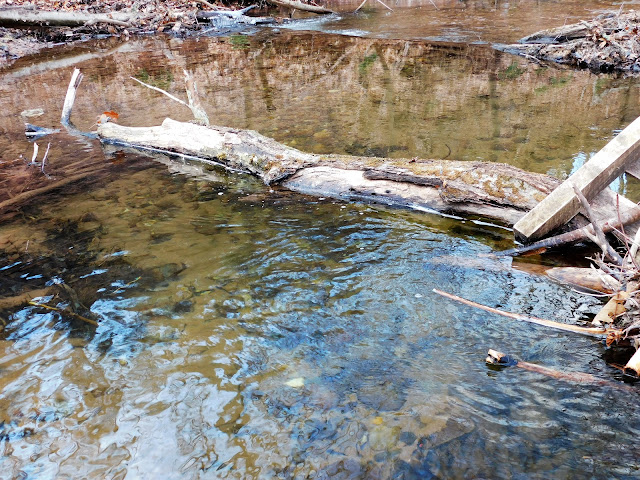 On a recent outing I found some willing brookies in an unlikely place. The day was sunny and rather bright. The air temp was enhanced quite a bit from the strong rays. On days like this I tend to fish the dark places in the stream, areas that have decent cover for the brookies. I will from time to time try other areas and on this day I was fortunate to find some willing fish. I had on a soft-hackle fly, a Partridge and Green. I came up on this pool. It was not deep but had enough water to hold a trout. The log laying in stream provided some cover and there was enough woody debris in stream to make the fish feel safe. I cast the fly and allowed for a short drift. As the fly neared the log I stopped it and began to lift it up toward the surface. As it reached the surface I saw a brookie come up and swipe at it.

Several more casts and another one swiped at it. The pool was clear so I could see the action. These fish were coming right off the bottom.  The soft hackle fly was pulsating as if it were hatching I could see it doing what it was supposed to do. 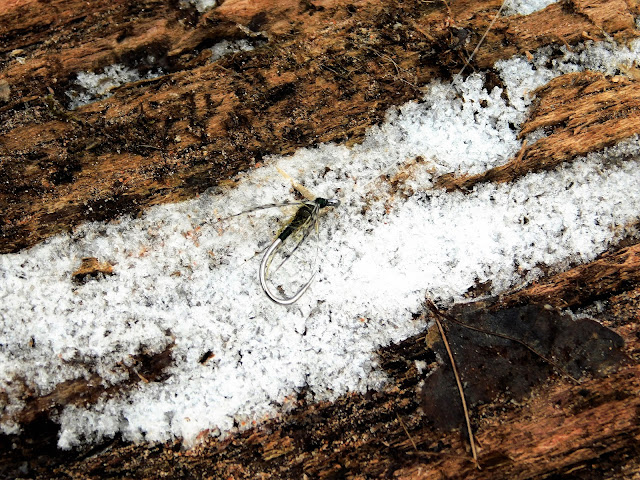 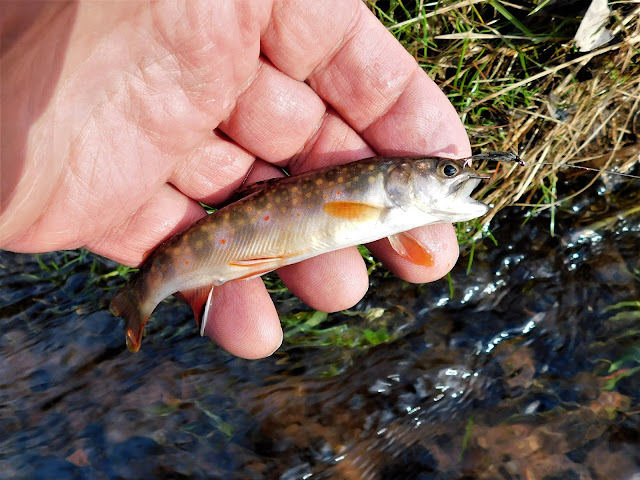 These are a couple of the brookies I brought to hand. I estimate there were at least ten brookies in that little pool. Again very healthy well fed fish. 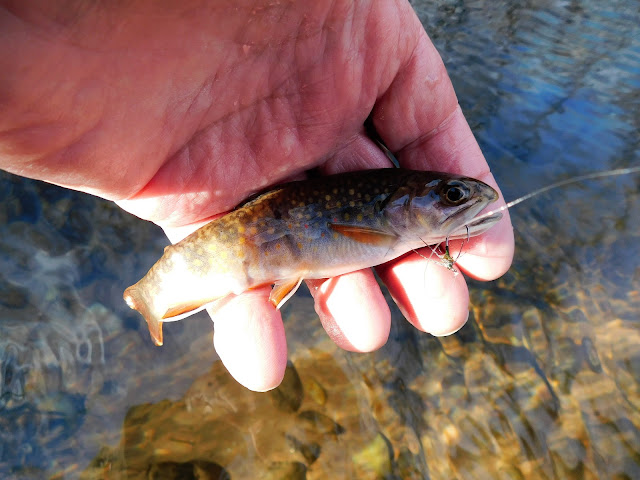 This guy looked like something tried to make a meal out of it.