The wild Atlantic salmon in Connecticut. 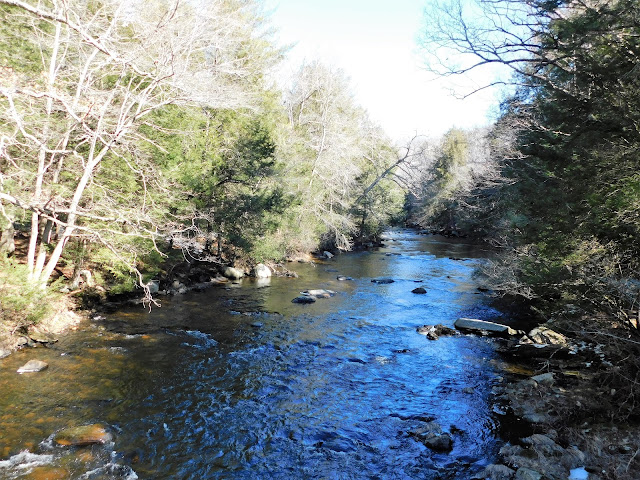 If one was to only drive through Connecticut on the interstates they would be missing an awful lot. For rural Connecticut would show you the "true" Connecticut.....Now back at the turn of this century there was a big restoration effort along the entire Connecticut river to try to return Atlantic salmon. The Connecticut had one of the largest runs of salmon in the northeast. But do to you know what that was eliminated. I took part in the restoration in the form of salmon fry stocking with CT. DEP. Many springs I wandered down hills and through brush carrying a white bucket of tiny Atlantic salmon. I found this to be very rewarding and was saddened when the program was halted several years ago because of poor results. To this day I believe that the salmon will come back. They may be few but they will once again swim wild and free within the rivers of Connecticut. 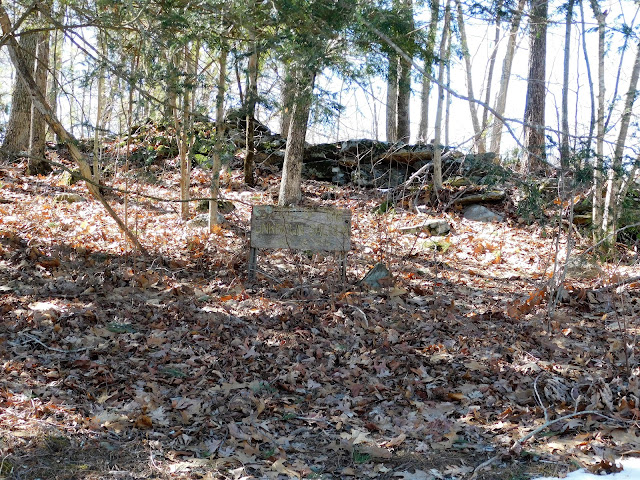 On a nondescript hill in eastern Connecticut is a marker. It is now weather beaten and is difficult to read. Maybe a little restoration would be in order. 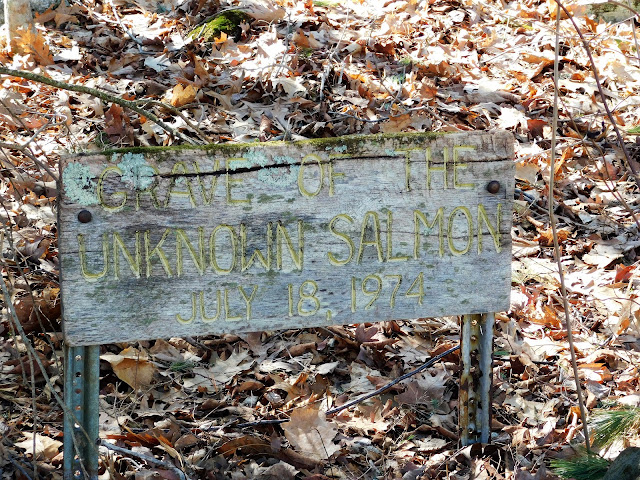 A closer look at the inscription tells a great deal.

I have been over the years attempting to catch a wild Atlantic salmon in Connecticut. Each year I fish several rivers at various times of the year. I fish salmon flies I have tied and my hope is high. 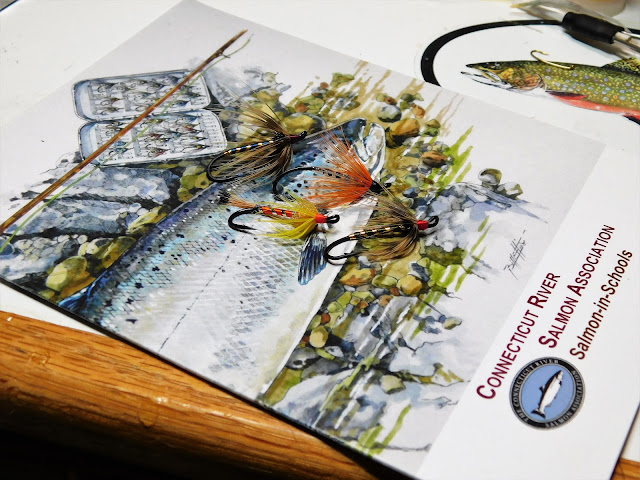 I remember telling biologist Bruce Williams when he asked me why I do the fry stocking each year. My answer was "I do it so that one day my grandkids can have to chance to fish for and catch a wild salmon"...Well Bruce I'm not stocking anymore but I'm still fishing for that wild one.