From out of the past, a great fly remembered. 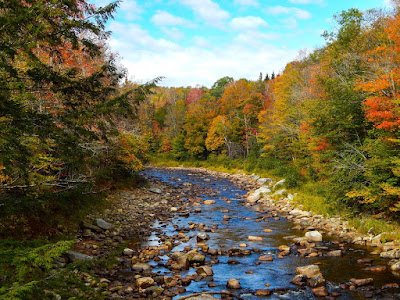 On our trips to Rangeley Maine each fall we would drive through Vermont. Just outside of St. Johnsbury  is a little fly shop. Each year I would stop in and just talk to the owner and buy something. It was never nothing major but perhaps a fly box, some tippet and always some flies. I tried to focus on local favorites that were tied by local tyers. I still have many of those flies and will dig around and find them for a later post. This one time I picked up a wet fly that had some striking colors involved in it's construction. I asked about it and the owner told me that it was popular with locals. He said that the Canadians that have been passing through all but cleaned them out. They said the fly was a killer for perch. Well I bought a couple and left for Rangeley. I did not fish the fly for awhile but one day I decided to give it a go, you know it was a killer.

After all that time I never knew what the fly was called. Investigation time, and the internet told me it was called  the "Professor"..a wet fly created in Scotland in the 1800's, by James Wilson. How is it a fly that has been around for over a century never came to me in some form. 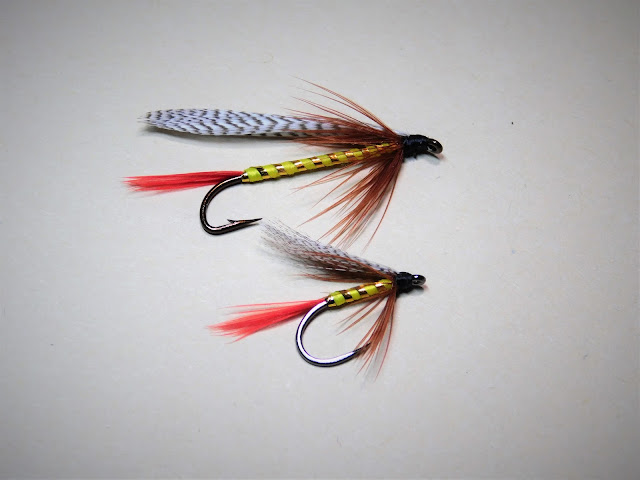 The "Professor"  the top fly is tied as a streamer, and the bottom fly a traditional wet fly. The tail is red saddle hackle, the body is yellow floss, I think the one I bought in Vermont had a yarn body. The rib is flat gold tinsel, the collar is brown hen hackle and the wing is natural mallard. The fly is a brook trout magnet. 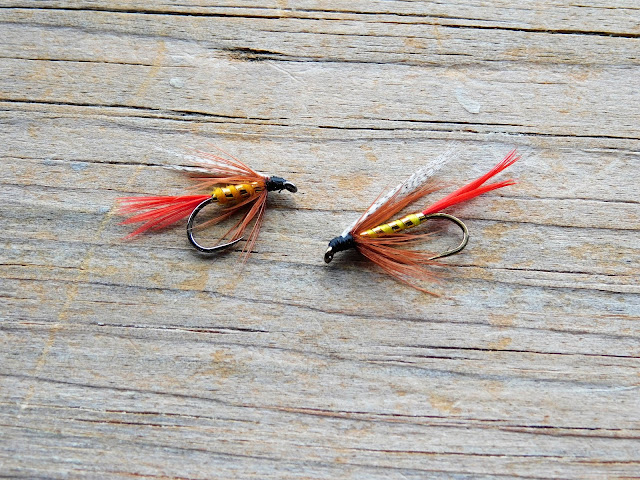 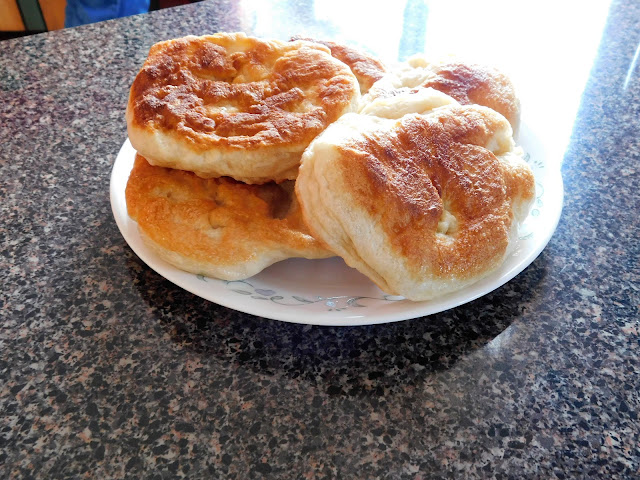 How about some fried dough for breakfast, maybe some jam or butter on top or perhaps be creative.

Have a spectacular weekend.