It is now a world classic. The Lackie Special, aka Lackawaxen Emerger. A wet fly originated in Pennsylvania on the banks of the Lackawaxen River. I have fished this fly for a long time and have some awesome days with it. An angler and fly tyer from Argentina and frequent contributor on SSR's who's name is Humberto Zilocchi. He also writes a good blog which is named Achalabrookies. He has some beautiful streams that he fishes and the brookies are stunning.

The other day on his blog he did a post on fishing Tierra del Fuego and the Rio Grande river. The area appears to be quite windy and perhaps a bit chilly but the fish that come out of these rivers are special. 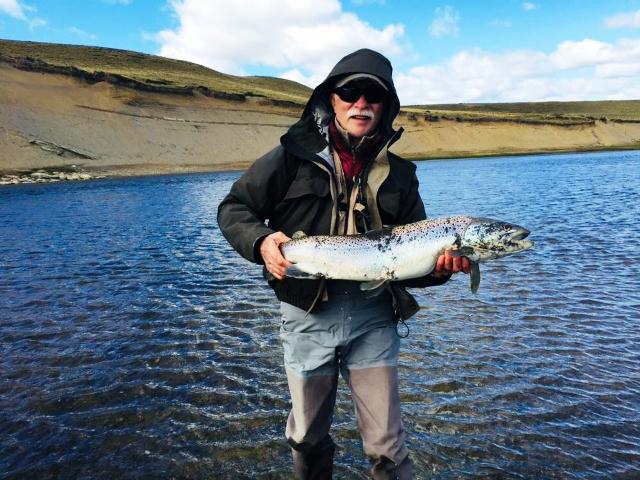 The post featured two anglers, one of which is Armando Milosevic which you know is a contributor to SSR's. The other angler is his son Eric. Armando told me of the fish which are sea-run brown trout. He said they were first stocked in the Rio Grande river in 1935. Over the years they have evolved into a major fishery. These brown trout are born in fresh water and migrate to sea. Here they grow fast on the bounty the sea offers and reach sizes from 7 to 20lbs. They do return to fresh water and when in there their instincts on feeding take them back to insects. 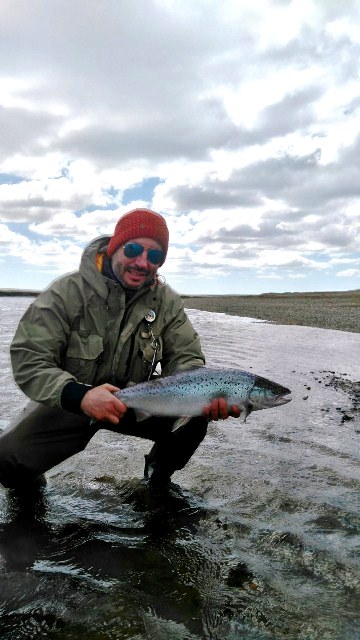 Eric with a beautiful well shaped specimen. When I first saw this picture I thought it was a Atlantic salmon. Looking at the photo it looks cold. 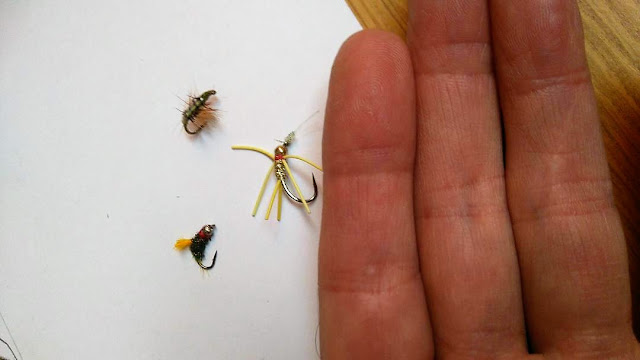 These are the flies they were using...sizes 12-16....a brown trout who has been eating meat at sea now returns and remembers what he ate in his youth.

Over the weeks I'll highlight many of these personal stories from many of the contributors that have sent me photos and stories....a truly international blog.