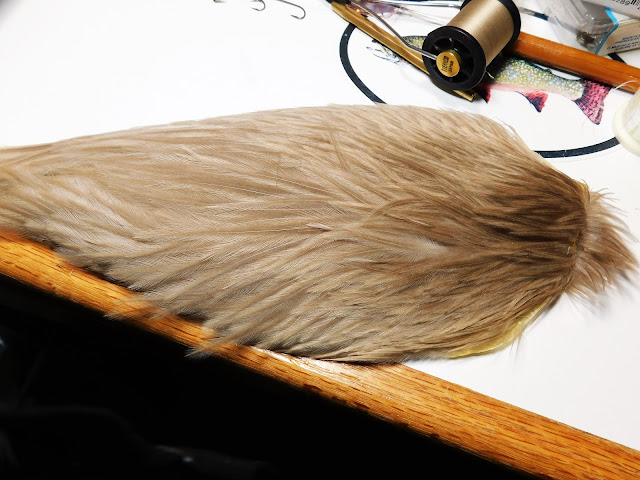 Hackle is a probably the most understood material in fly tying. A person could go nuts trying to figure it out. Dry fly hackle, wet fly hackle capes, necks streamer and spey hackle it's enough to turn anybody away from tying and go to buying flies. I am not going to try and explain all of the various hackle out there but i will focus on two that I use on most of the flies I tie and use.

Dry fly hackle can range from super stiff to almost limp. The stiff hackles are great and will keep that dry floating high. Then there is the economy hackle like the cape you see pictured above. These economy capes can range in price from six to ten dollars, where as a grade A Whiting cape will require a substantial debit in your Mastercard. I use the economy hackle on my dry and soft hackle flies. 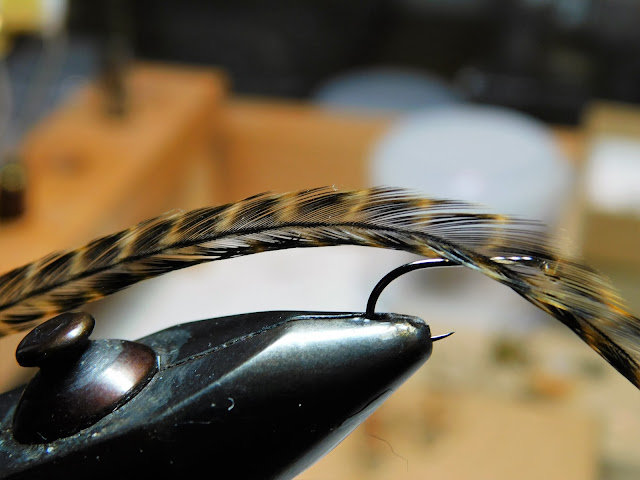 This is a Whiting dry fly hackle. When wound on a silk thread body it makes an effective dry fly. 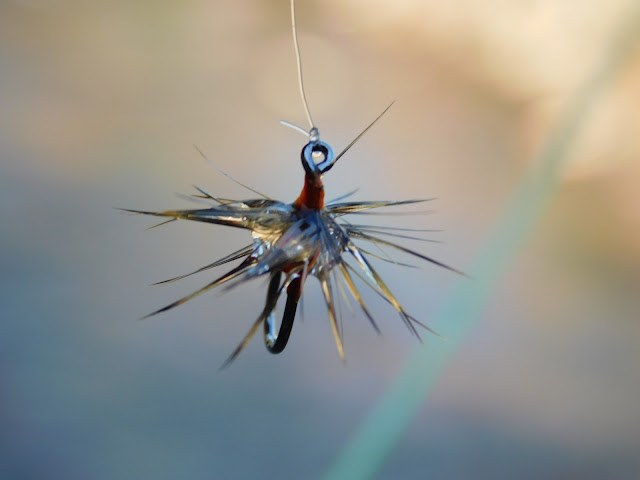 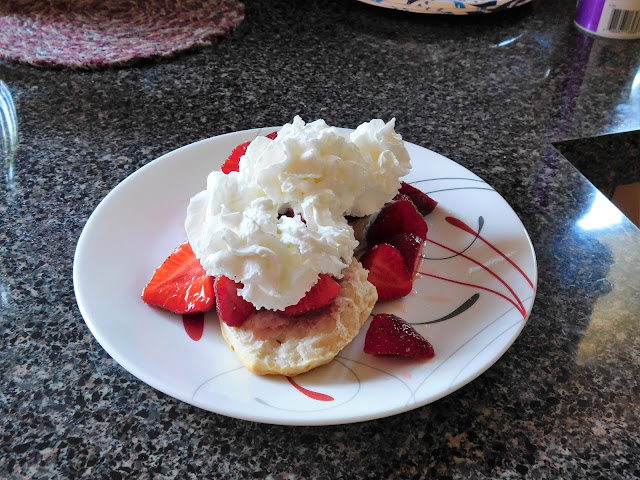 Native strawberries are in season now. What a delicious lunch.