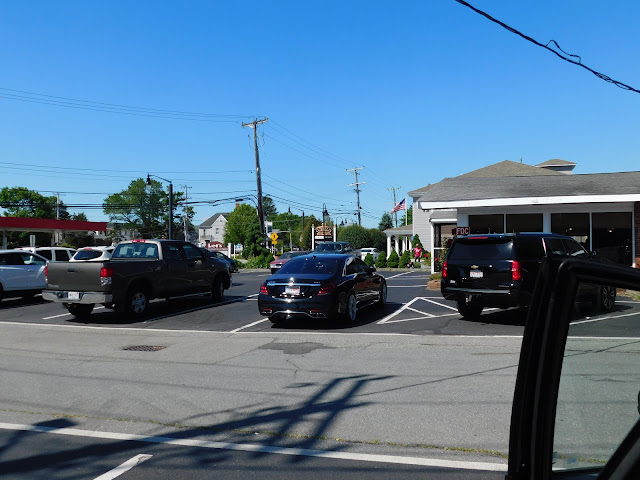 It has been about two years since we last pulled up in front of this restaurant in Buzzards Bay, Mass. A lot has come and gone since that visit with exception that the fact remains it is an outstanding place to get filled up on some carbs and coffee. The staff here are like family with one waitress remembering Jeanette and I from two years ago. We were delighted with our breakfast and were eager to reach our destination which was The Lyman Reserve and Red Brook. You probably remember the fight that took place earlier this year when there was a plan to develop the wetlands that create part of Red Brook. With the efforts of many like minded people especially on the grassroots level the plan was scrapped. The salters of Red Brook can again swim without worry. We must remain on guard though because to become lazy would surely lead to disaster. 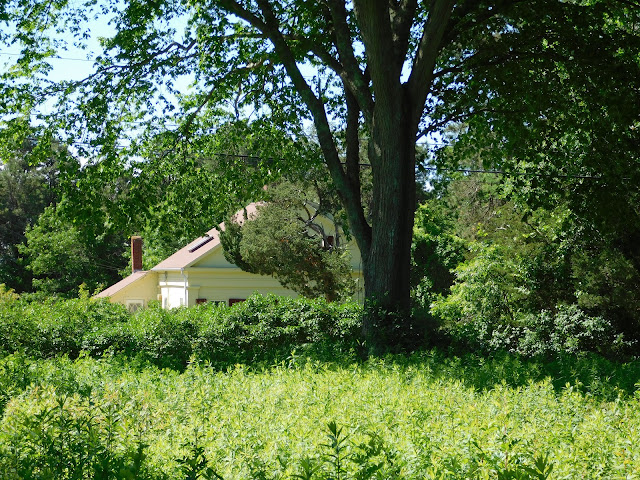 As we drove into the parking area The Lyman Cottage seemed to say hello. It looks the same with exception of a lot of green growth. 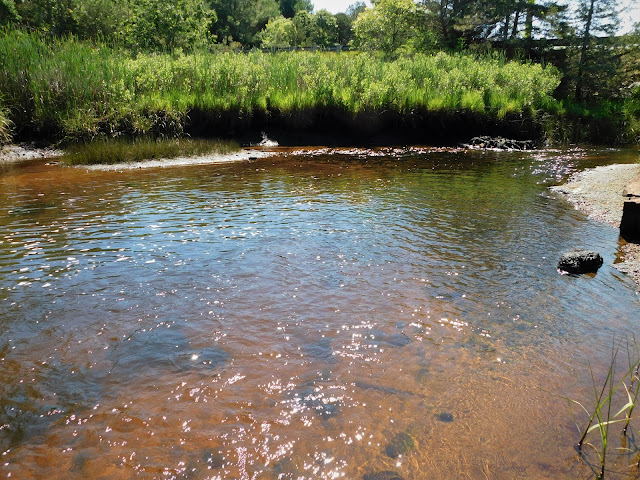 Red Brook where it is at the entrance of Buttermilk Bay. This is salt water. As you can see it was a low tide and the pools bottom is visible. I like this pool for it is easy to cast, and will provide for a fish or two. I was excited to be finally able to fish for these incredible sea run brook trout. Their story is astounding and I have no other words to describe it. I cast into what I though would be a likely spot to search for a salter. I do not expect any action for awhile until I figure it out. But on the second cast the streamer took a violent hit, and a salter was on. 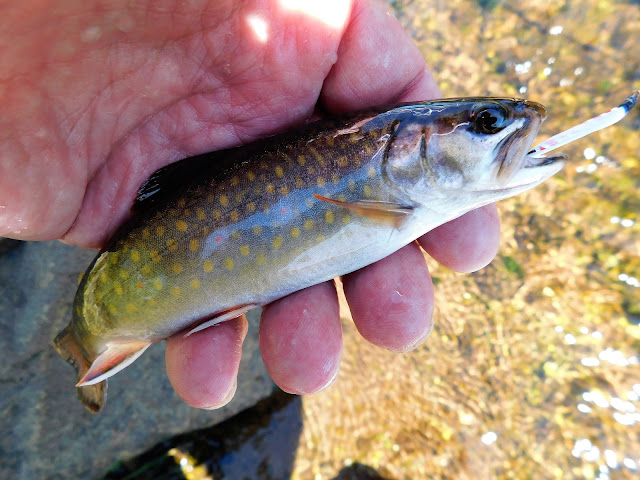 A Red Brook salter taken in tide water. These fish have unbelievable strength and do not come to hand easily. Streamers are the best flies to use when fishing here. As these fish move up into the brook they will again start feeding on insects. 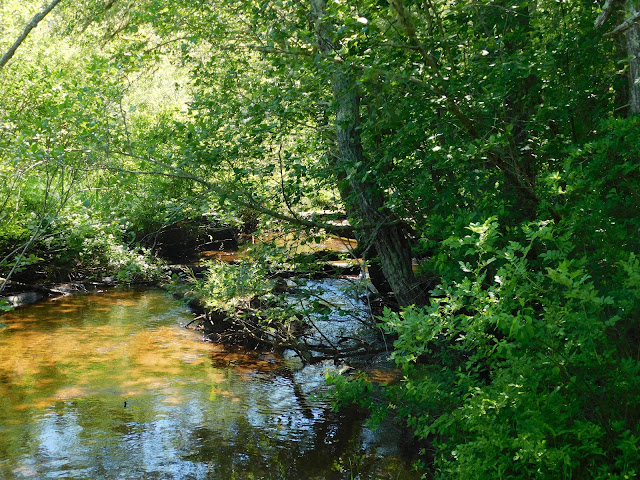 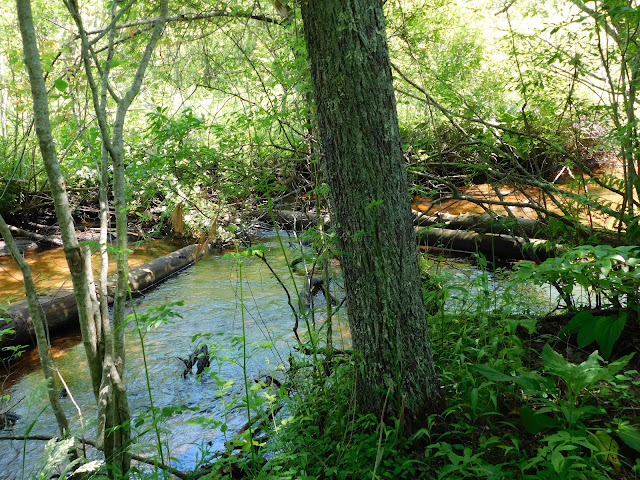 As you move further upstream you can see the structure in stream that was put there in the restoration of Red Brook. It is this structure that provides cover for the salters as well as control of the sand that this stream has. 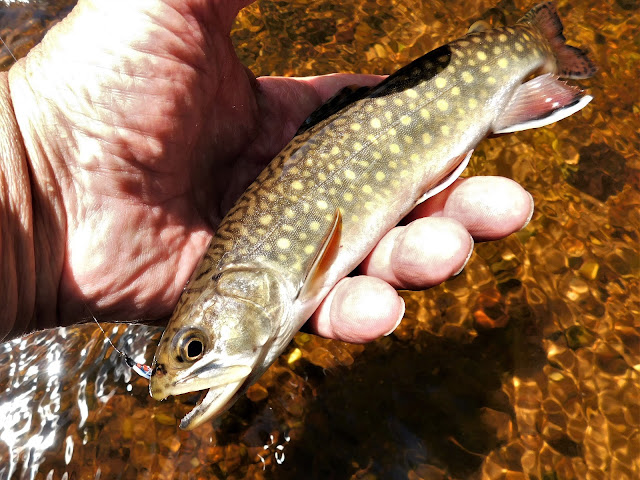 This guy was still in his sea coat. Obviously it had been in the bay feeding. It came from under a bank to smack a streamer. 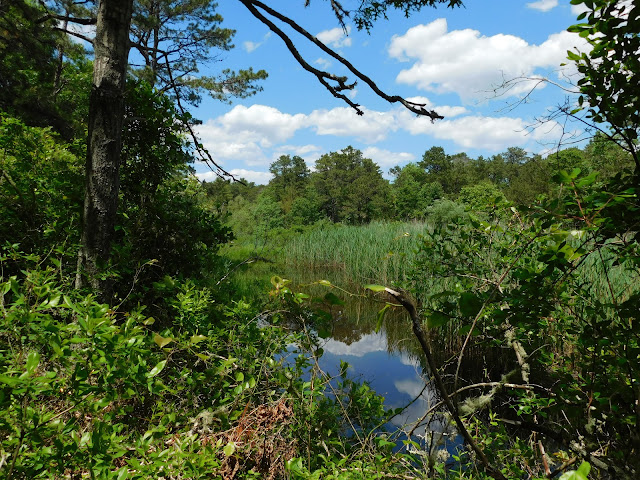 It felt good to be back "home" after such a long time.