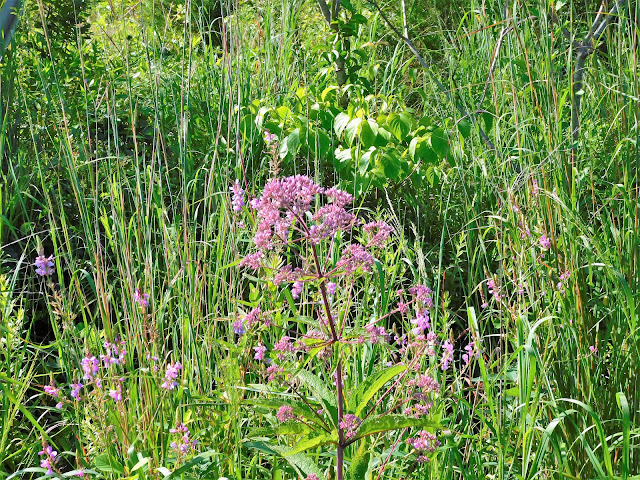 We are into August, and looking forward to September. The summer so far has been kind with ample rainfall and not as hot as previous summers. My hope is it will remain as such . I have noticed some changes signaling a season winding down and a new one coming. Joe Pye Weed is blooming. What a lovely history surrounding this plant. I'd tell you about it but it's easier to just have you Google it.

The oaks have been dropping acorns, and I must say there have been plenty and they are quite large. A good sign for wildlife, lots of mast to help them winter over. 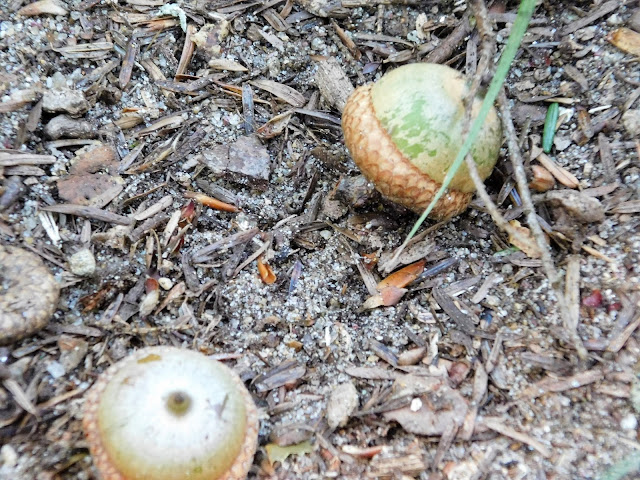 These acorns are large enough to hollow out and make pipes out of them. We use to do that as kids. Never actually smoked any tobacco in them though. 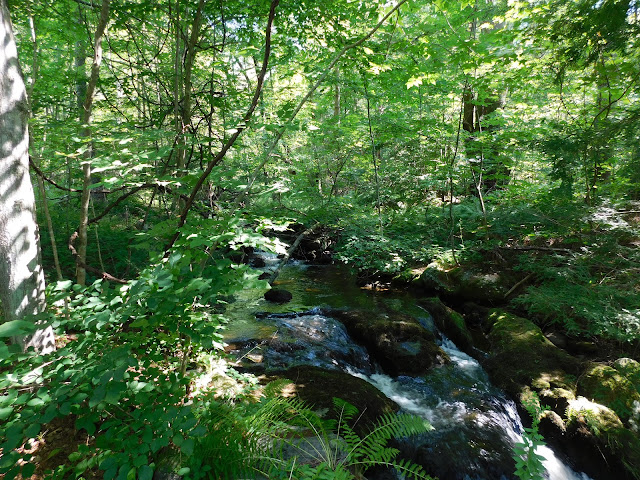 The streams are in super shape. This one produced many brookies on a recent outing. I sat  alongside a pool just above where this photo was taken. I observed several brookies feeding on what appeared to be nymphs of some kind. Every so often I would see a brookie move forward with  speed and make a grab at something. I have pretty good vision but I could not identify what they were feeding on. I tossed an ant in the pool and instantly one rose and was on then off. 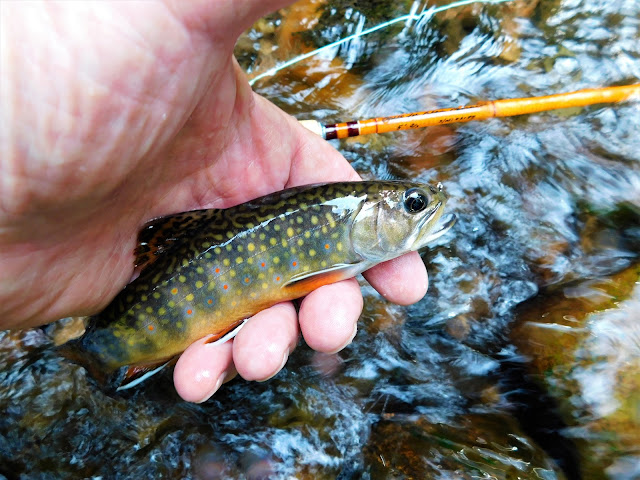 I did manage to find a few that played nice and came to hand. 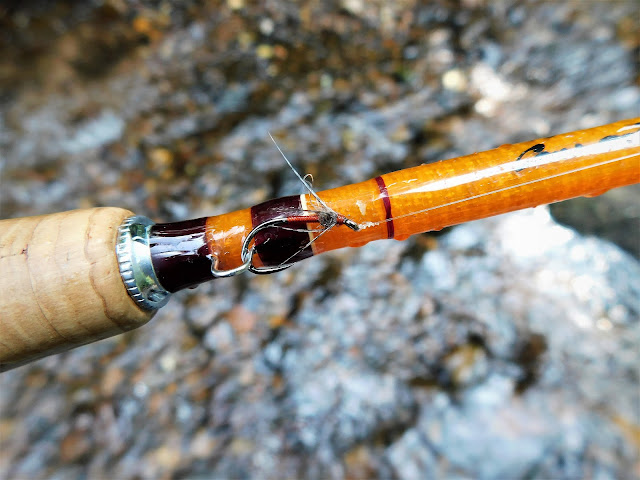 This is a Partridge and Orange soft hackle. The body is Ephemera silk thread. Notice how the color changed when wet. Very much the same color as most underwater insects.