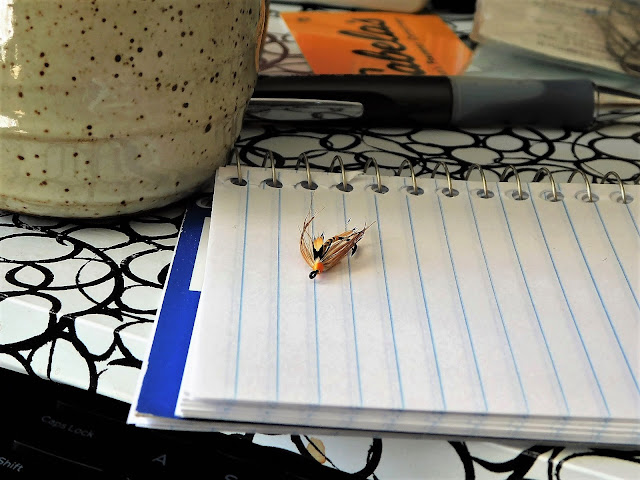 I have written about this fly several times as well as the book from the pattern is taken from. The fly is Salars Nemesis, and the book is titled Six Months In Scotland. Most fly fishers and fly tyers are familiar with Sylvester Nemes. He is Americas soft hackle guru. He has written several books on soft hackle flies and are considered standards in the fly tying world. Six Months In Scotland is a bit different in that it gives the reader a good look into Atlantic salmon fishing in Scotland. His perspective is at times humorous and detailed.

The salmon fly Salars Nemesis is unique in that it is a soft hackle fly designed to catch Atlantic salmon. I don't know of any other salmon fly that is a soft hackle fly. When I was first shown this fly by the late Bill Shuck I became totally obsessed with it. It's a simple fly compared to most salmon flies and the materials are common and not expensive with exception of the jungle cock. Over the years I have tied many many Salars Nemesis flies and have fished them heavily. They have produced countless trout and bass and sunfish. 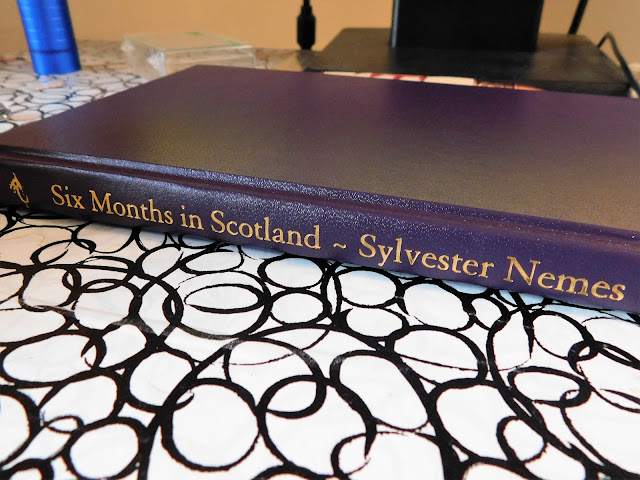 The book is a bit hard to find. I managed to locate mine at a fly fishing show. It's a good read. 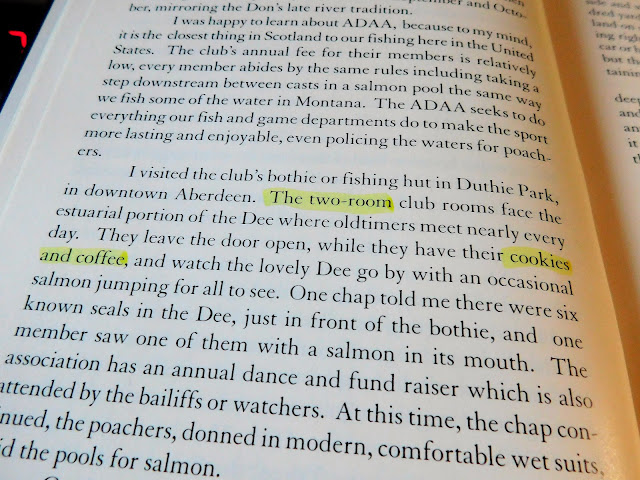 I found this passage interesting and when I read it I said to myself "I could fish with these guys"...they have it down. 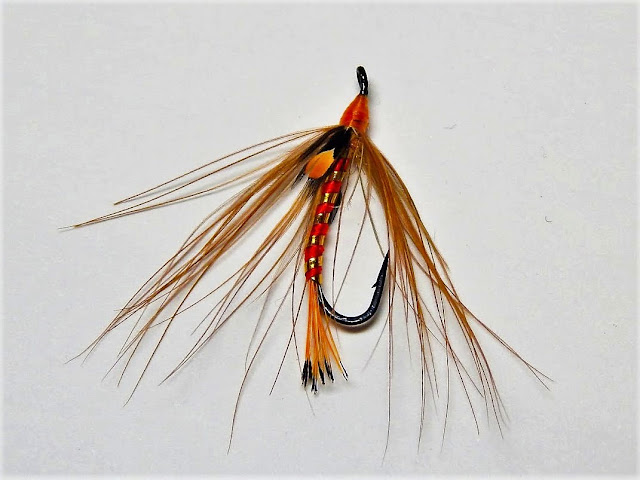 Salars Nemesis.....Nemes got it right again.