Tried And Retried...Flannel And Fleece 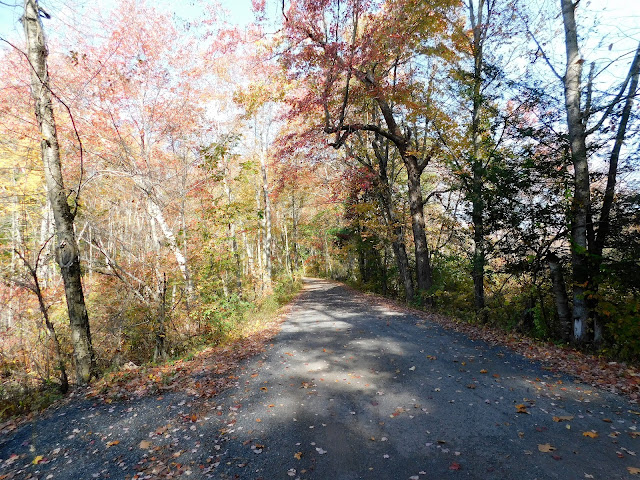 This is an area we visited last Spring. It had a good reputation in the area of wild brook trout and needed some exploration. On that first visit I found a few fish but it did not live up to what I was told about it. I just thought this just maybe a down cycle year for brookies in this stream. Fast forward to the beginning of October we went back, only armed with a good topo map and a decent road to access the area. On the map I noticed several small streams that over time had a beaver dam issue. As I neared the stream I could see one beaver dam that appeared active. Investigating further I saw a couple more of them. 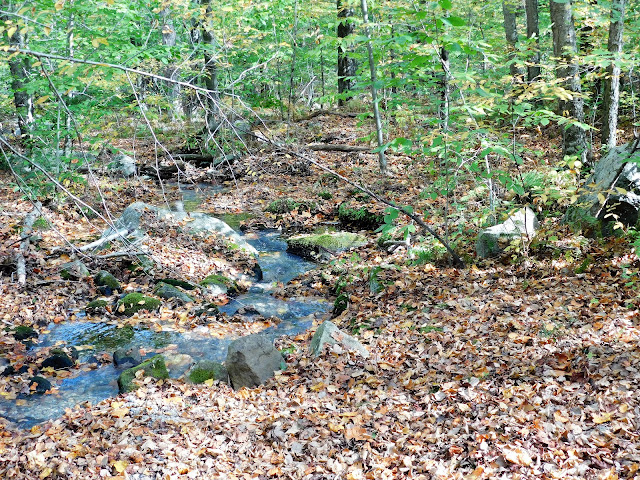 One of the streams that connect these ponds. It's an easy walk most times but at this point it gives me problems. So take it easy Alan. 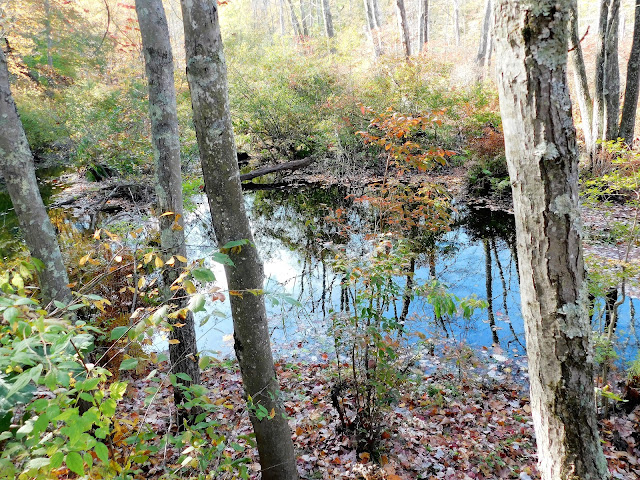 This little pond is a gem. It has two streams feeding it, and I'm sure an underground cold water source. It's not very deep and the bottom is black with dead leaves. 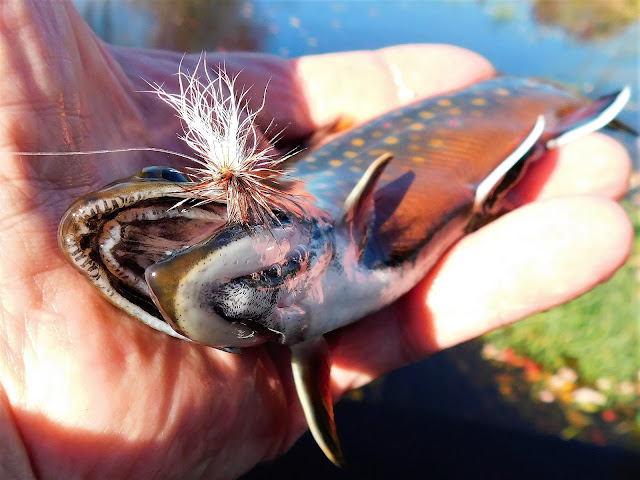 But a dry fly allowed to float will be met with a nasty strike. 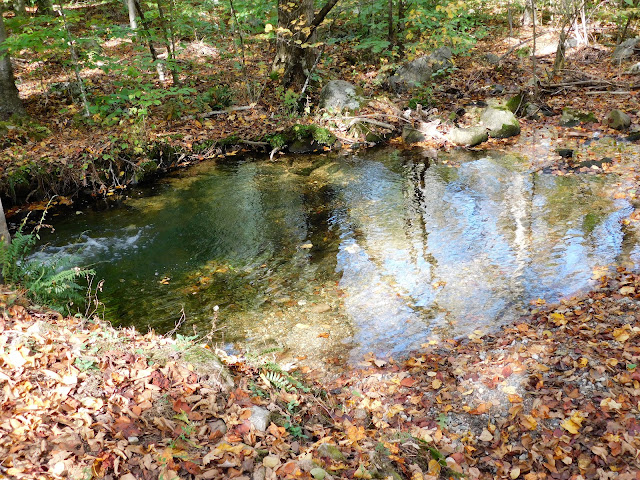 This pool was so clear. I know there were brookies in it but some were very shy. 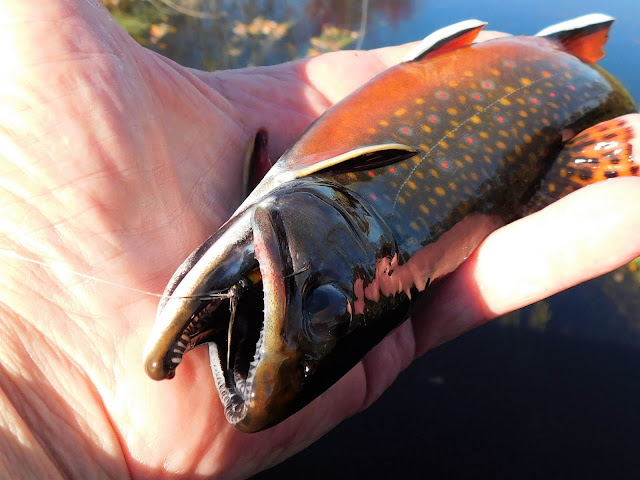 And some were not so shy. 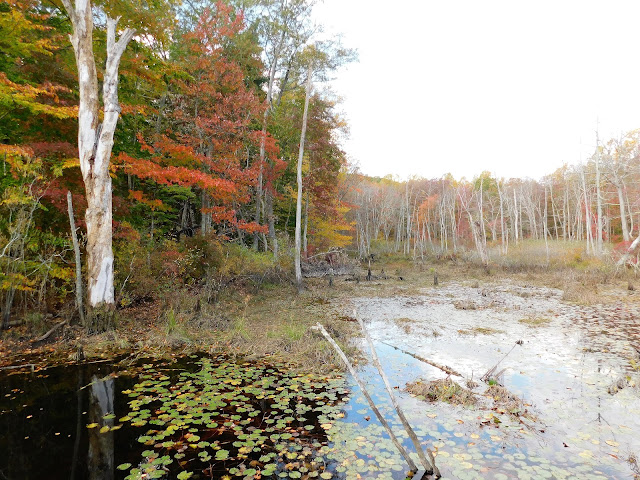 Along the left side there was a trail sort of. We were able to access the waters further in. 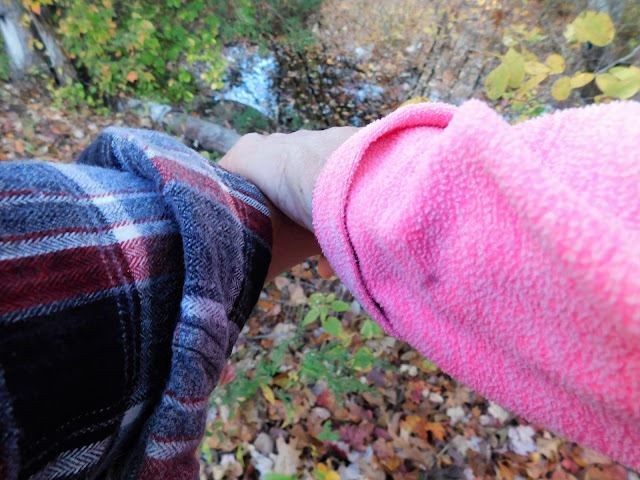 I assured Jeanette that the path was OK. 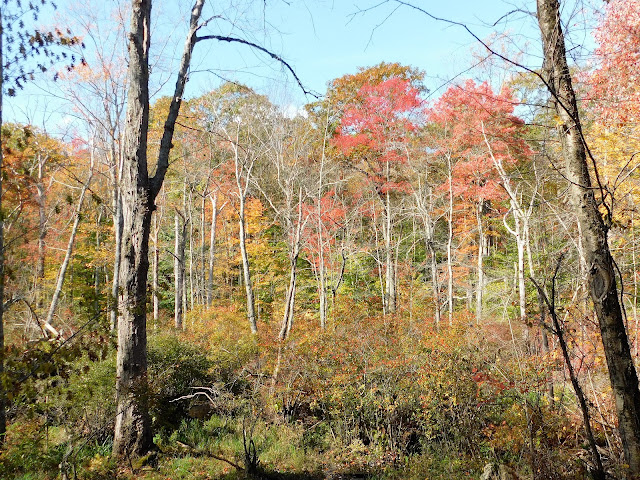 There was a time when I could cover a place like this in a few hours, now I only scratched the surface. I hope to finally fish most of the area before the snow flies. 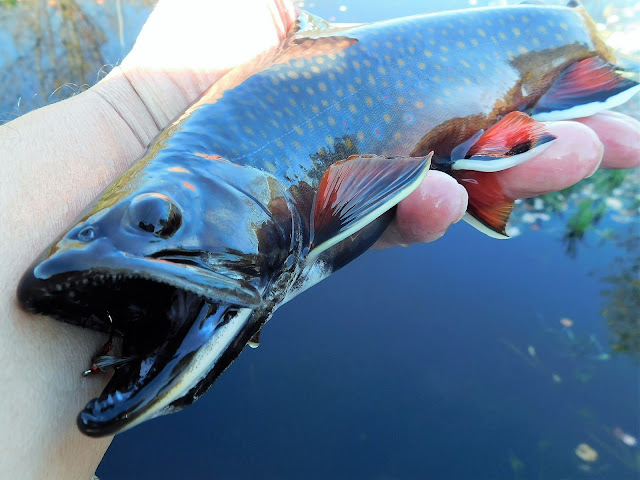