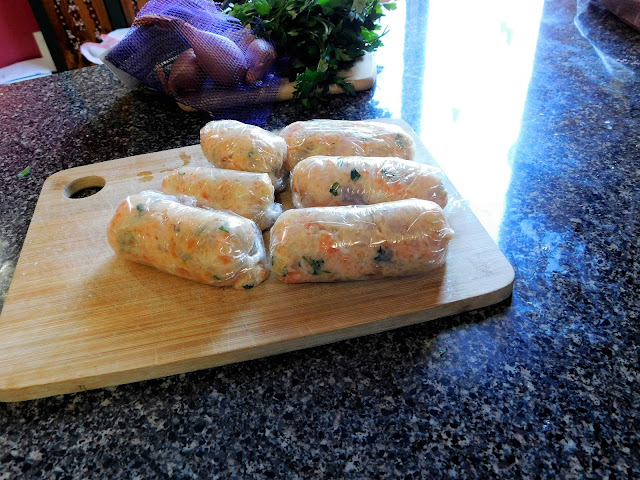 Fish sausage...this is something I have been wanting to try for a long time. Sausage is consumed in most every country in the world, and fish is right along side. So why not combine the two. Recently on Nat Geo. they featured Gordon Ramsay in the upper Pininsula  of Michigan where he made contact with a quaint fellow who made fish sausage. The "Yooper" as they are referred to showed how he made it and that's all it took.

This recipe that I used is pretty simple. I used cod, salmon and some shrimp. Seasoning was salt, red pepper chopped fresh parsley and shallots. The well chilled ingredients were placed in a food processor and pulsed until a nice mixture was achieved. The mixture is put into the fridge for a half hour and cooled. Then the mixture is placed in some plastic wrap, rolled and the ends twisted. Then some foil is placed on the sausage and rolled the same way. The sausage is put into simmering water and allowed to simmer for about 15 minutes. Remove the sausage and allow it to cool before removing the foil and plastic wrap. 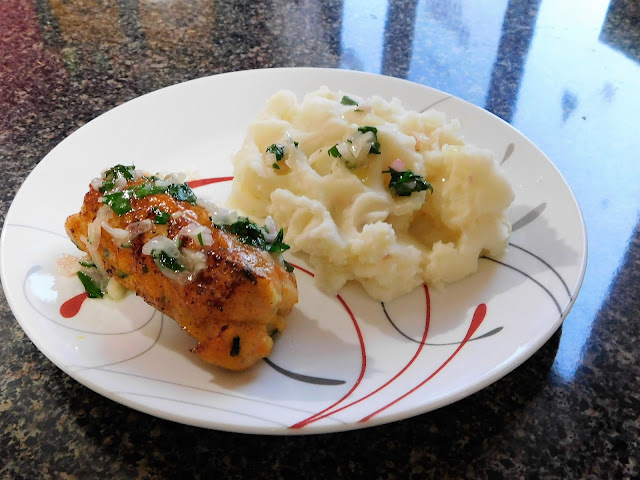 Served with mashed potatoes, or rice. 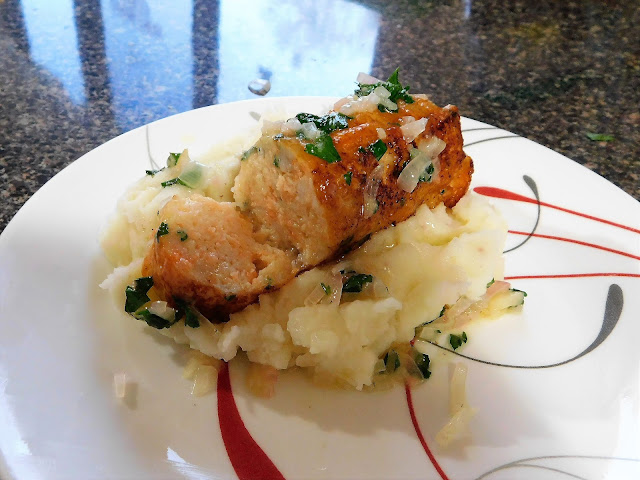 It is a delicate flavored and nicely textured sausage.