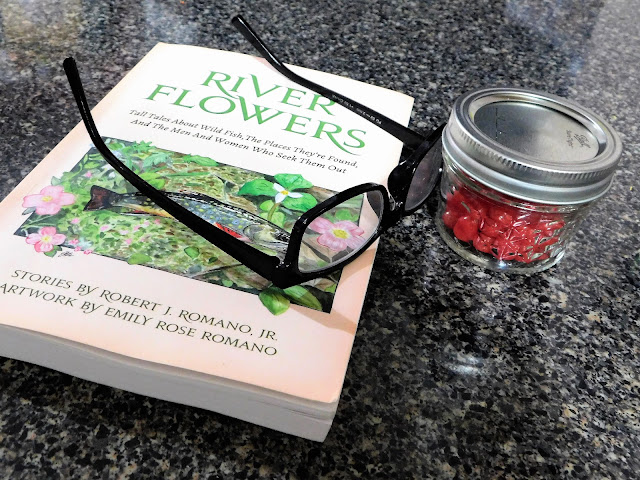 Very early Tuesday morning, 2am to be exact. I am sitting at my kitchen counter having just finished the book River Flowers. Looking out the window the snow is falling pretty heavy, a clipper they call it. My second cup of coffee is brewing, a McCafe K-cup and my thoughts are all over the place. River Flowers takes place mostly in western Maine. It's well written and covers it all as far as I'm concerned. Although Bob Romano does not list the actual places the descriptions he gives put me there again.

Reading reflections of others always brings me back to where many of mine originated. Those little things that may have happened and were not really block buster stuff seem to come back so vividly. I'm certain most of you can relate to what I'm saying. 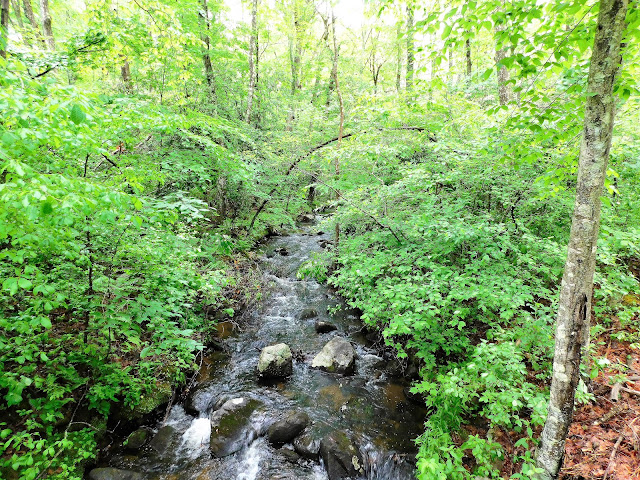 A late spring day. A free flowing stream. Lush surroundings. A 5' bamboo rod with a soft hackle fly attached starts a drift through the stream. As it bounces willy nilly over rock and boulder like some something totally out of control it's progress stops. Suddenly there is resistance ans a quick movement upstream. I pull back and the fish does not like the sting. A valiant effort is made by the brookie in an effort to rid itself from the fly now in it's lip. What is only seconds the brookie is at hand and does one last maneuver to free itself....and mission accomplished. It swims off like a lightning bolt and a memory is created and not to be forgotten. 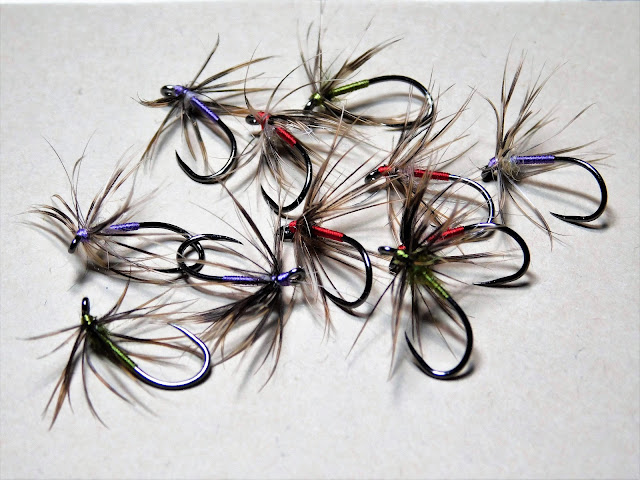 Soft hackles, will they work?
Posted by Brk Trt at 8:47 AM