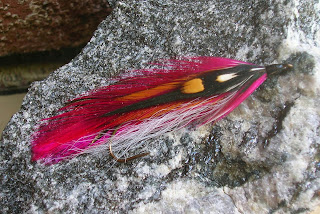 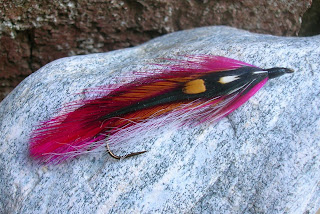 August 15th will be the 40th anniversary of Carrie Stevens Day. She is responsible for creating the most recognized streamer fly ever. The "Gray Ghost" Carrie is also known to have tied many more streamers, to many to name here. She had no formal training in how to tie a fly, nor did she see any one tie a fly. She tied her flies without the use of a vise. To comemorate this event myself and 23 other fly tyers from around the world accepted a challenge to tie a streamer fly just as she did. The only tools we were allowed to use were, scissors, bobbin for thread, and a bodkin. The pattern that was selected was "Carrie's Favorite" The recipe for this streamer will be posted on the side, along with a photo sequence of how it was tied.
Posted by Brk Trt at 5:25 PM