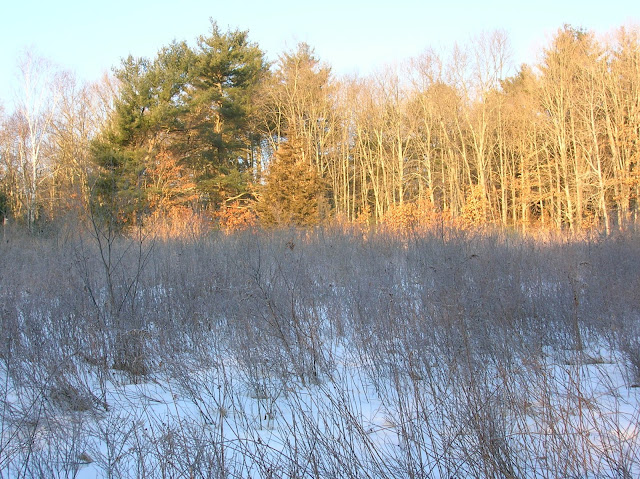 Thursday morning was still frosty as I made my way to the little blue thread I was going to fish today. The sun as it worked its magic soon had me feeling good. Funny how in January, sunshine and 4 degrees can make a big difference. While walking to the stream I was assaulted by its protectorate "nasty bull thorns", these will rip ones unprotected parts to shreds, not to mention total destruction of clothing.

As I neared the water I noticed many small stoneflies on the snow. I tied on a small Adams parachute and worked the stream. I was nott given much of a response, and continued on. Reaching a tail end to a riffle I observed a rise. This happened a few times. I watched a brook trout who was in approximately 4 inches of water rise and gobble up something. I flipped the parachute towards the bank and as it floated over the spot where the fish lay he rose and took the fly. Moments later the brookie was at hand. As I attempted to take his picture we departed.

I fished along the stream, bringing a few more to the surface and enjoying the fact that I was fishing dry flies in January. I could only imagine if I knew how to fish a nymph. 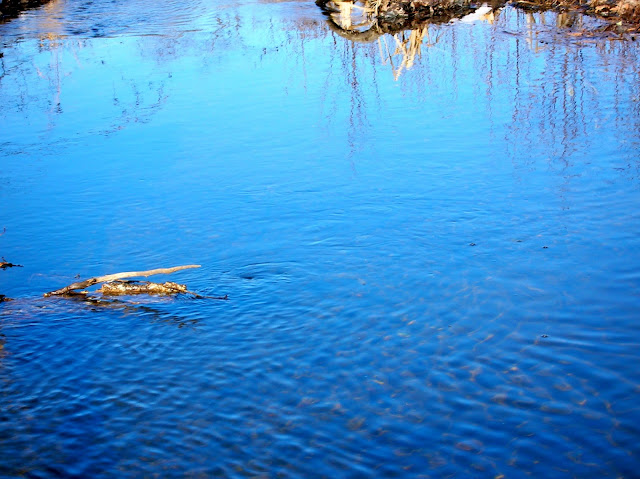 I came to this pool and observed several rising fish. One problem, the obnoxious current of the pool. Trying to drift a fly to where the fish were was hard. By the way if you look you can see 2 trout lying in the current.

Well in time I was able to get the fly in position, and when I did the trout came up and took the fly. 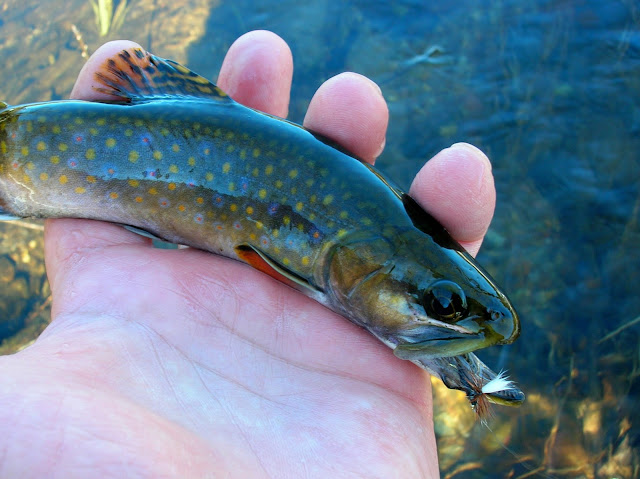 When hooked he headed for the only obstruction in the pool, luckily I was able to change his direction. Soon I placed my hand under his belly and lifted him up to admire him. Looking closely the brookie looked "very familiar". He was the same trout I had taken on New Years eve on a EH caddis.

You can see his photo in my post The Last Brook Trout Of 2012....Catch and Release does work.