Wandering And A Possible Personal Best 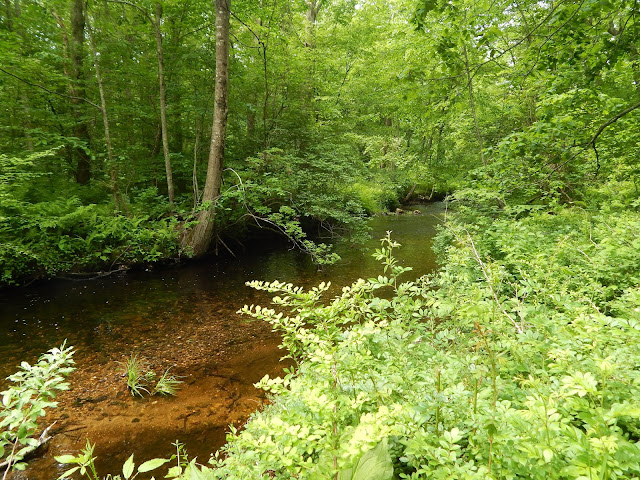 Woods walking and fishing in southeast Connecticut yesterday morning and really enjoying it all. The stream was in perfect shape. A sweet flow and a cool water temp made for an a great start. I started fishing my usual favorites places which are riffles, those places in a stream where you never know what you'll find. Observing no surface activity I started fishing a couple of various soft-hackles. I soon had my first hook-up of the day, a leaping silver arrow, a fallfish about 6". A few more bumps on the soft-hackle, and a fly change. 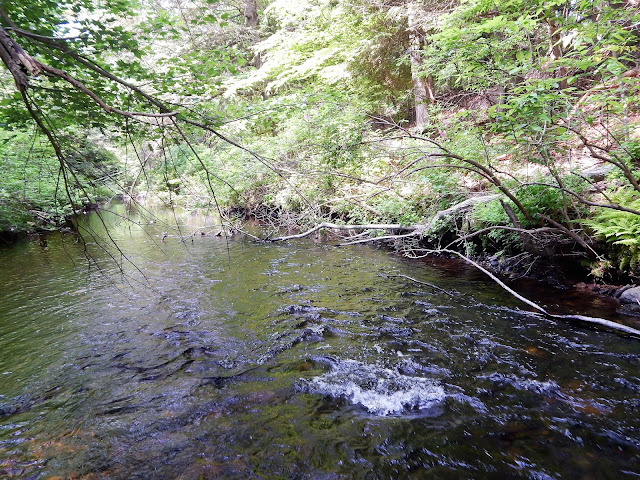 I tied on a Picket Pin and began working it through a riffled-pool. The fly completed it's swing and sort of hung in the current. I twitched the rod and began to retrieve. I felt a strong take and a solid hook-up. The fight was on. The fish was strong and heavy, I knew it was big. He ran and he switched sides. He rolled several times and showed himself. I finally got the upper hand and as he lie on his side in the water I knew he was one of the biggest brook trout I had taken this year. I slid him onto my hand and admired him as I took the photo. Placed back into the stream he soon was back in the place where I hooked him. 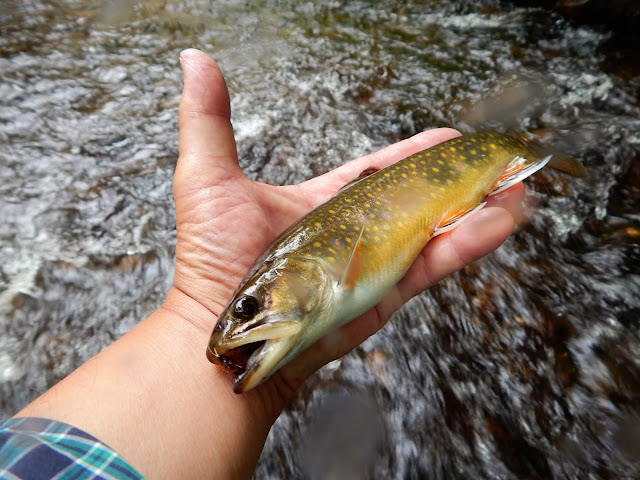 Truly a fish that does not come often. Bright and spunky, a true wild jewel. 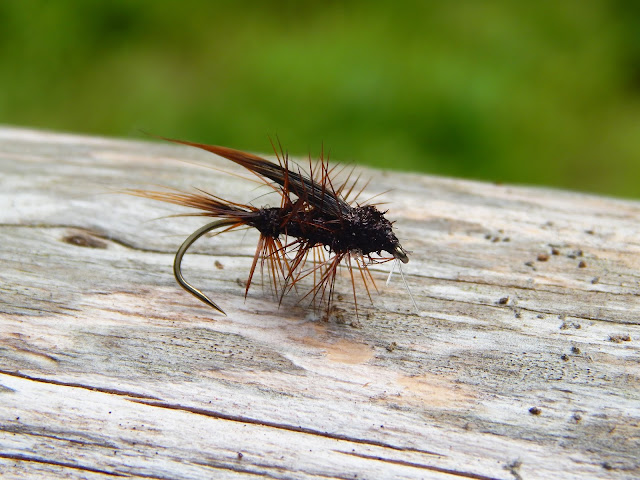 An odd looking fly...several minutes later just a whisker away from my first brookie I was greeted by another large fish. This one was even bigger. I had him at hand, perhaps 14 or 15" of muscle. I attempted to turn him over when he made a run. Again I was able to get control only to loose him. Looking at the fly I saw why. It has been a long time since I had a hook bent like this. 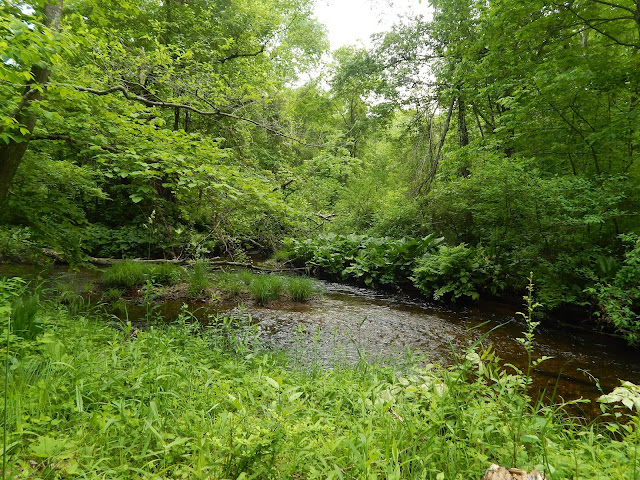 While fishing I saw some movement in the woods. Focusing I saw what was an angler. The angler turned out to be Rowan...we talked for a while and then continued fishing..pleasant surprise. 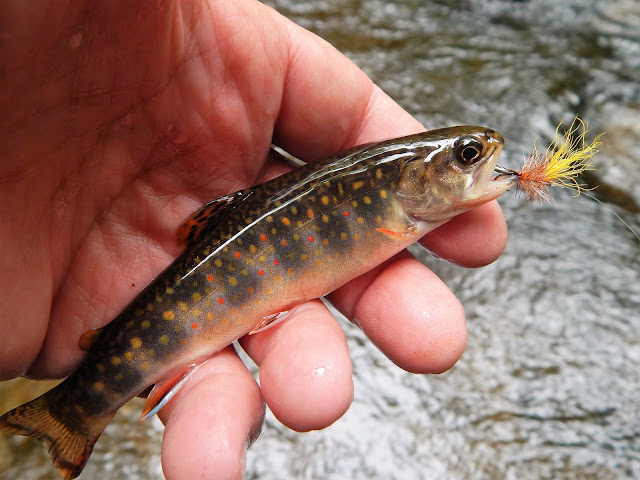 The only fish on the dry. A pretty brookie on a yellow wing bomber. 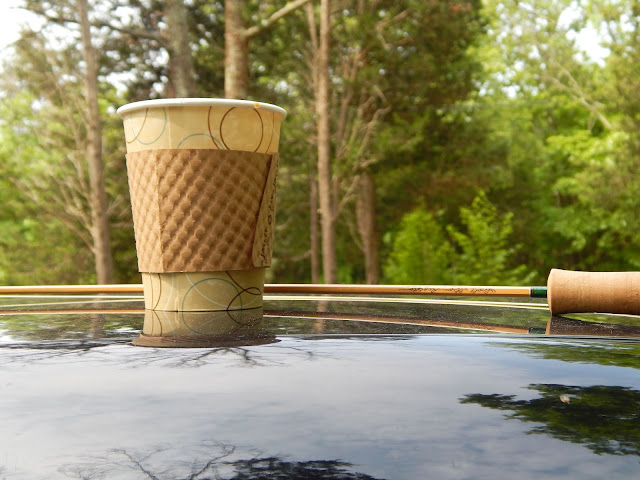 Every time I fish this stream I make it a point to stop at a little country market and buy a cup of their blend of coffee. I think it's one of the best in Connecticut.