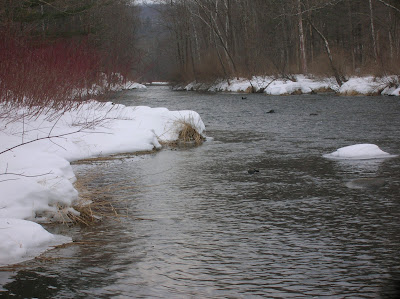 We had some moderating temps the last few days here in the northeast, so I decieded to spend a few hours fishing The Farmington River. This is a fine tailwater fishery with lots of wild browns. My plan was to fish nymphs, and give the "Poudre Canyon Special" a test.
Finding a place to park was a chore because of the heavy snow pack. Once I managed to find one, the trek to reach the river was a bit rough. The snow pack was deep, at least thigh high. After reaching the waters edge there was some shelf ice to deal with, but once in the water it was not to bad.

The water was cold, I did not take a temp, but I believe it was in the mid 30's. The water was cloudy from some snow melt. There were a few small stone flies about, and a caddis or two. I started fishing a 18 BHPT and pretty much stayed with it, changing only to the P C Special. The streamer worked well in the water and I believe it will take a few fish come more hospitable times. 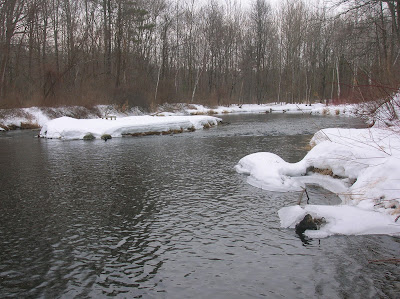 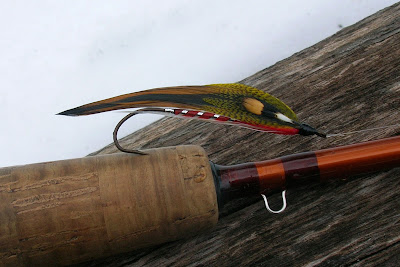 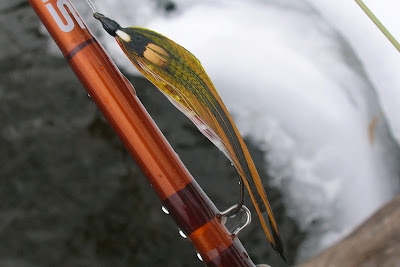