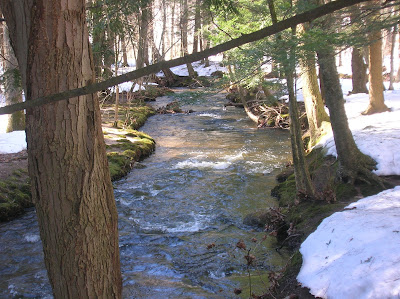 My first outing in March, found the small stream running high, cold and off color.
The air temps may have been tolorable, but the water temps were not. There was a considerable snow cover lining the banks, and access was tough. As the month moved on there were a few days with air temps in the fifties and sixties, this brought out some midge and stoneflies. I was fortunate to take my first brookie on a dry fly on one of those warmer days.

As March is about to leave, I found myself fishing a small stream in the Berkshires of Massachusetts, the next to last day. The sun was bright and the air a warm fifty degrees. I fished for three hours or so, with a bump or two with a BHPT nymph, and one brookie hookup, who never made it to hand. 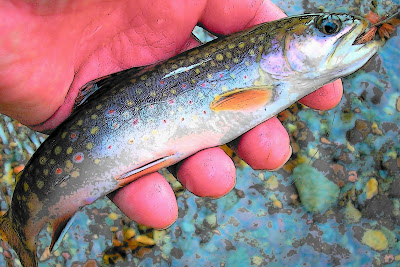 My first dry fly trout of this year. A beautiful wild brookie. 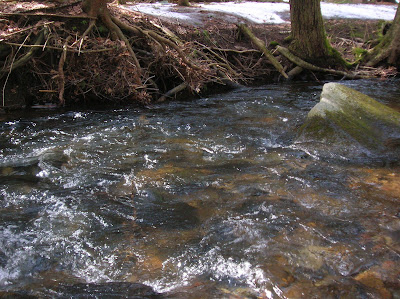 In a previous post I had said that a brown was hooked here. I asked where you thought the trout took the fly. All of your answere were good, and at certain times of the year I have taken browns in the locations you stated. The bottom center of the photo, right in front of the submerged black rock in that slick spot between the broken water, is where the trout was hooked. 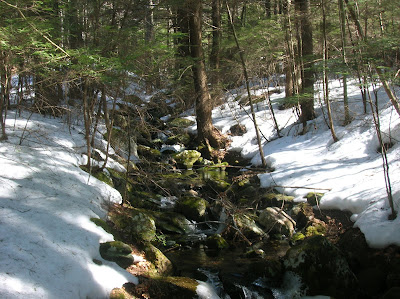 This is the last stream I'll fish this month of March. A beautiful Massachusetts wild trout stream, and look thirty days later it's still snow lined.


And with the start of April many states have their inland fishing season openers.
To all who will take part, I say good luck, and tight lines. 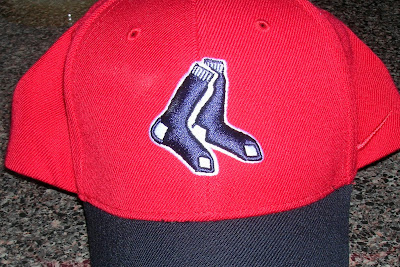