Brook Trout on a Dry Fly, A January Dry Fly 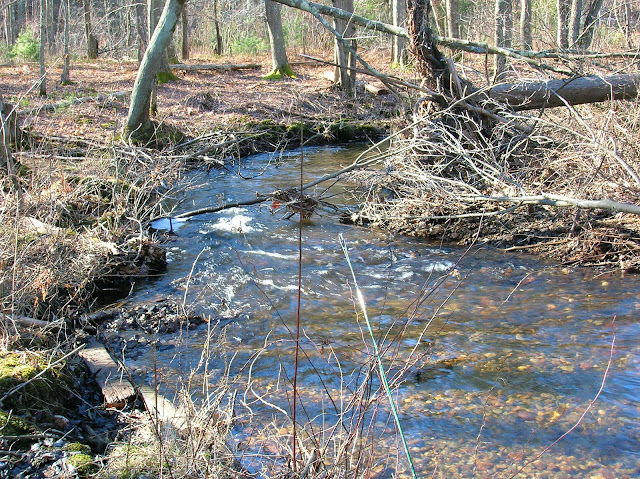 Well I received another lesson on what trout want to eat and when they want to eat it.
Yesterday found me angling on a small stream. The weather was great with bright sunny skies and temps in the forties. I tied on a favorite wet fly a Picket Pin. As I let the fly go drifting downstream to raise hell with the resident population of wild brookies and browns. On the first retrieve a brown struck the Pin and was on although for a brief time before throwing it back at me. I said to myself this is going to be a good day.
I continued fishing the Pin hooking up on a few brookies before the interest in the fly suddenly came to a stop. I changed flies putting on an emerger, a Ausable emerger. It's a body of rust orange possum dubbing with brown and grizzly hackle. I worked this fly and it drew attention. They looked and chased but did not take.

I don't know what made me do what I did next. I selected a tan Elk Hair Caddis. Tied it on and sent it on its mission. Several drifts later the fly was taken and the trout headed down and straight for the roots. The little 2wt managed to coax the determined trout to turn and eventually give up.
As I lay my hand under the brook trout I was impressed with what had taken the caddis dry. A beautiful hooked jaw male. A male that had been in this stream for some time. He was photographed, thanked and sent on his way.
Lesson learned. Trout will rise to a dry fly in January. 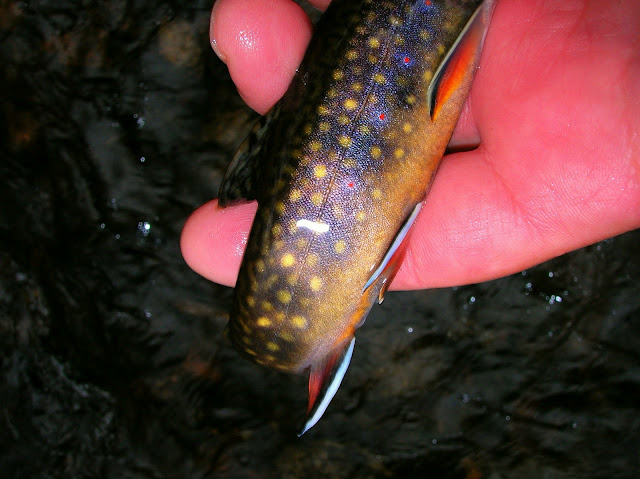 Colors that I seem to never tire of. 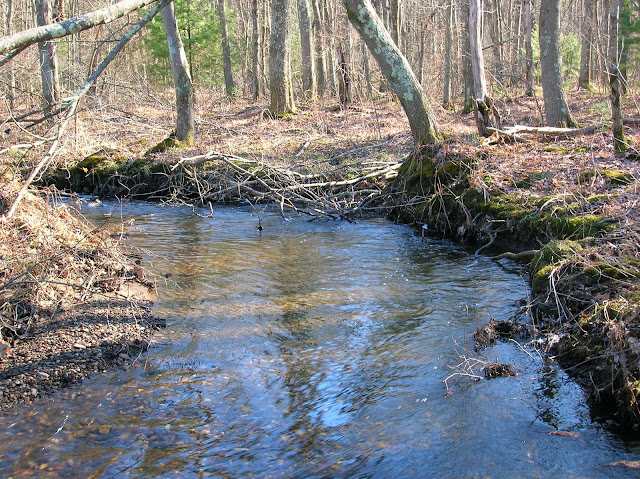 The run where the brook trout hit the caddis. 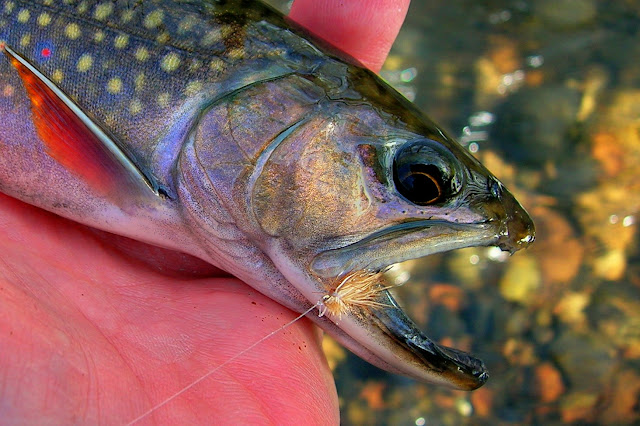 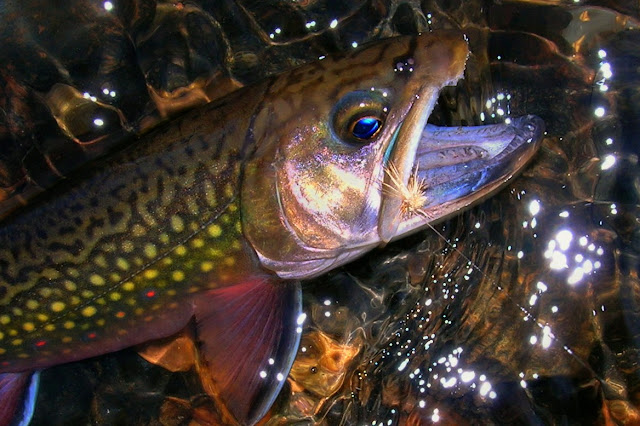 CLICK ON IMAGES TO ENLARGE
Posted by Brk Trt at 2:05 PM